4 Things That Can Derail Your Financial Decisions 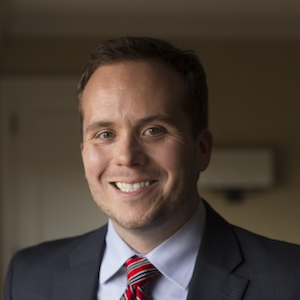 Emotions are important part of being human, but leave them out of your financial decisions!

Instead of making decisions based on feelings and instinct, learn how to implement a more reliable system. Should you turn your behavior on its head and integrate the good, bad and ugly of emotional bias in your decision making?

Do investors fail because the market is bad or because of their own errors?

Consider benchmarking your financial successes, not to the market, but to the things in life that are meaningful to you.

Learn how to develop a system that works for you and use it to automate your investment choices.

Are you a value or growth investor?

Doug compares value stocks to growth stocks. After explaining how each type of stock works, Doug suggests that a well-rounded portfolio include both value and growth investments. Listen to learn why, and to find out if you are a value or a growth investor. To learn more about these stock differences check out www.profile-finanical.com/stocks.

Dr. Daniel Crosby’s book The Laws of Wealth: Psychology and the Secret to Investing Success is available through Amazon. You also follow him on social media @danielcrosby.

Watch 4 Things That Can Derail Your Financial Decisions on YouTube.

Four things will shipwreck your financial success. Daniel Crosby, author and behavioral finance expert, explains what they are – and how to avoid them.

Douglas Goldstein: I’m very excited to have on The Goldstein on Gelt Show, Dr. Daniel Crosby. He’s a psychologist, a behavioral finance expert, and The New York Times bestselling author of The Laws of Wealth: Psychology and the Secret to Investing Success. Daniel, I hope we’re really going to get a good secret about investing success. Can you cut right to the chase and tell us what the secret is?

Daniel Crosby: Yes. The secret is that publishers want you to choose provocative titles to sell books. That’s the secret.

Douglas Goldstein: So you had financial success because you have an awesome title for your book. Okay, I’m glad we could all help.

Daniel Crosby: I had other titles in mind and my publisher intervened.

Douglas Goldstein: Yes, “The slow but steady way to make money,” doesn’t really do it. I hear you. In my day job, I’m a financial advisor. I only do the radio gig twice a week. I find that probably the number one reason that people fail in managing their money is because of themselves. It’s not because the markets are bad. It’s just because they keep messing themselves up.

How Can You Better Manage Your Money?

Daniel Crosby: The first thing is realizing that it exists. The very first chapter in the book, and I was intentional about the ordering here, is entitled, “You control what matters most.” It’s getting investors wise to this.

I think that most people think that when they look at the predictors of investment success, it’s going to be something like timing the market, or keeping their thumb on the pulse of political and financial events, or missing out on big crashes.

But the point that I try and make in that first chapter is that more than what the Fed does, more than what Donald Trump or any other world leader does, you are the best determinant of whether or not you’re going to reach those goals.

I think that’s an empowering message.

I cite statistics in there that show that 83% of financial professionals understand that what you just said is the case. Eighty-three percent of our peers understand that human behavior is the best predictor, but when they ask the end investor, only 6% agree.

So there’s a very big disconnect between what most financial professionals understand to matter, and what most end investors think matters.

Douglas Goldstein: I usually describe behavioral finance as the study of why people do the wrong thing, even though they know what the right thing to do is.

You show them the examples, and you give them books like yours, but they still mess up. What could we possibly say to tell people, “Listen, just follow the system and don’t let your emotions take charge?”

The Importance of Following the System

Daniel Crosby: I have a slightly different definition of behavioral finance that just says it’s the study of finance that introduces the messiness of human behavior.

To your point, most of that research heretofore has been about biases and mistakes, and stupid, silly things we do with our money.

I think there are times when human behavior can be turned on its head and be used for its own good.

I cite research in the book where little things, like showing someone a picture of their children before they’re called on to make an important financial decision, led to a massive 200% plus increase in savings behavior.

Richard Thaler, Shlomo Benartzi, and others have taken the human tendency to just go with the flow and stick with the status quo. They have used that and turned it on its head to do a program they call “Save More Tomorrow,” which basically locks in human laziness.

We continue to do the right things and save every time we get a bump in pay and things like that. I think behavioral finance is integrating the good, bad, and the ugly of human behavior into the ways that we make decisions.

Sure enough, there are a lot of dumb things we do but I think that we’re redeemable as well, and there are some ways we can turn that behavior on its head.

Douglas Goldstein: You said something very fascinating, which is that if you show people a photograph of their children, it encourages them to save more, or to become better savers.

Why do you suppose that is? And how can we use that kind of thing to make people a little more responsible in handling their money?

Integrate Values in the Way You Invest

Daniel Crosby: My first book was called Personal Benchmark and this is something that I refer to as personal benchmarking. Most of us measure our financial lives by the yardstick of how we’re doing, relative to the markets.

I think that we can induce much better decision making if we learn to benchmark our lives to the things that matter to us. It’s back to the old saying that he who has a ‘why’ to live can bear with almost any ‘how.’

This purpose, or this understanding; this meaning, can see us through the hard times and the volatility that the market brings.

I think it’s only by having a bigger “Yes” that we’re able to say no to some of the bad, greedy, fearful behavior that we want to engage in by nature.

I’m a real big believer in integrating purpose, integrating values into the way that you invest. Making it a much more personalized approach makes it more interesting and it automates better decision making, in my opinion.

Douglas Goldstein: I like the idea of automation. You mentioned this concept of greed. A lot of times people oversimplify their mistakes, where they oversimplify the way the market works.

The Four Things That Will Drive You Off-Track Financially

Daniel Crosby: I think it’s a little oversimplified. One of the parts of my research that I’m most proud of is taking this universe of investor biases and cognitive errors that’s well over 100 now.

There’s well over 100 ways that psychologists, like myself, have identified that you can do silly things with your money. I took that universe, which is a little unwieldy and not especially useful to investors, and I broke it down into four basic pillars that we discuss in the Laws of Wealth.

There are four major ways that you get sideways. One is ego, which is this tendency for a lot of us to be overconfident and to think that bad things happen to other people, but not to us.

The second one is emotion, and we know that feelings and effect really drive our perception of risk.

The next is attention, which is the tendency for salience, or how vivid or scary something is, to trump our appraisal of how probable it is. My favorite example of this is that more people die each year of selfies than shark attacks, and yet we’re scared of sharks.

We’re not scared of taking a selfie because it’s not as vivid. It’s not as scary. Then the last one is concerned conservation, which is this preference for human nature to tend towards loss aversion and maintaining the status quo.

Douglas Goldstein: Amazing. So if you have these four reasons: ego, emotion, attention, and conservation, and you begin to get them under control, perhaps then you can begin to be a better investor. Is that where we’re going here?

Daniel Crosby: I think defining the universe of risk, of behavioral risk, and the universe of mistakes that you can make, is a prerequisite to managing that risk. I lay that out in part one of the book.

Then in part two of the book, we say, understanding that these are the primary ways that you get it wrong, let’s design a system for managing money that’s robust to these things.

The single most powerful piece of advice is just automating your process.

I cite research in the book that cites over 200 studies. It was a meta-analysis, which is a study of all the studies.

For most investors, the thing to do is to not try and be some miniature Warren Buffet, but to set a good rules-based process, automate it, and follow that in good times and bad.

Douglas Goldstein: That is an amazing study, and it’s also an amazing lesson that I think more and more people have to realize; the importance of keeping it simple. Set up a system and follow the system. Daniel, in the last few seconds, how can people follow you and follow your work?

Daniel Crosby: They can follow me on Twitter @danielcrosby or they can check out the Laws of Wealth.

Douglas Goldstein: Dr. Daniel Crosby, thanks so much for taking the time.

Daniel Crosby: My pleasure. Thank you.