Who Should Win the Nobel Prize in Economics? 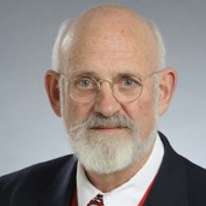 Should the Nobel Prize in Economics be given to the person who can discover a way to invest for maximum return but little risk?

Can you invest for a maximum return and with a conservative stance? Doug examines both of these concepts on this week’s show, giving advice on how to make smart investment choices. Listen to the whole show to get a link to a video clip (free) that can help you determine the proper asset allocation model for you.

Today’s guest, Professor John Palmer of the University of Western Ontario explains the politics behind the Nobel Prize in Economics.  He also shares insights about the financial problems with the Boycott, Divestment, and Sanction campaign (BDS) against Israel, and why it hurts the people it’s meant to help.

Follow John Palmer and his work at his blog: http://www.eclectecon.net/


Watch Who Should Win the Nobel Prize on YouTube.

John Palmer, professor of economics at the University of Western Ontario, shares his preferences for who should win the Nobel Prize for Economics and why the choice of winner is important.

Douglas Goldstein: John Palmer is teaching economics at the University of Western Ontario since 1971. He also blogs at Eclectecon.

Who do you think should have won last year’s Nobel Prize in economics?

John Palmer: I’ve written that I thought Richard Posner, who teaches at the University of Chicago Law School and is a judge in Chicago, should have won it. This is because even though Ronald Coase founded the field of law and economics, Richard Posner really pushed it right out to the extremes to apply in economics to so many different areas. I’ve changed my mind a little bit, though. I think Deirdre McCloskey would also be an excellent choice. Her work on bureaucracies and culture and markets and economic history is just fantastic. I would love to see either one of those win the Nobel Prize.

Why is Who Wins the Nobel Prize for Economics Important?

Douglas Goldstein: Why is it important who wins the Nobel Prize. What effect does that have?

John Palmer: I think it signals to a lot of people what’s important in economics. So when the most recent winner won, it said to everyone, “Let’s step back from all of the mathematical hieroglyphics that we see in so many economics journals and apply some common sense economics.” That was a good award that was made recently, and I had no objections to that one. If they award the prize to people who have done nothing but mathematical theoretical models, that’s a mistake, I think. It’s signalling to people that you don’t have to have economics that applies in a real world. I’d rather have people like Posner or Deirdre McCloskey win the prize as both of them apply economics to the real world. They show such a wide array of applications for economics.

Douglas Goldstein: I like what you said about bringing the prize beyond just someone figuring out some mathematical model, but do you think that it’s becoming more and more political? A lot of people feel, for example, that the Nobel Peace prize is just a political push to try to make some sort of radical change in the world that many people may not agree with.

John Palmer: It certainly is a political prize in economics, and to have the prize go to certain people whom I referred to as “east coast liberal interventionists” signals one thing, as it did with some of the people who’ve won recently in recent years. Having Angus Deaton win the prize, I think, is a great shift. I talked with a member of the committee that awarded the Nobel Prize in economics a few years ago, and he told me that he was astounded by the number of invitations he got to go to different universities who had people whom they were campaigning for to win the Nobel Prize. It’s a very political, highly campaigned process.

Douglas Goldstein: Everyone assumes the Peace Prize is just one of those kinds of prizes that don’t really mean anything. It’s just what the Nobel committee does to push a particular agenda. Are you saying that the economics prizes are the same, and maybe we just don’t understand it?

John Palmer: To some extent, I think they are. But awarding the prize to Angus Deaton really did switch things around a bit, and a couple of the others switched around too. So it looks to me as if the Nobel Prize in economics is less political than the Nobel Peace Prize.

Douglas Goldstein: I understand you’ve joined an organization called Scholars Without Borders, and I think this is an important organization especially as it relates to BDS. Can you tell us a little bit about why you are moving in that direction?

John Palmer: I started writing about these kinds of issues over a decade ago on my blog, when people started trying to ban scholars who had anything to do with Israel. I immediately acquired affiliation with the University of Haifa and a couple of other schools in Israel, even though I’ve never been to Israel myself. I wanted to make sure that everybody knew where I stood, that I was absolutely opposed to the BDS movement. I have these thoughts for two reasons. One is that I really firmly believe in academic freedom and I think that it doesn’t matter who says things. It’s the ideas that count, and we have to deal with ideas, not people. But secondly, as you know from reading my blog, I’m pretty strongly pro-Israel even though I’m a Gentile and I don’t have any strong beliefs about chosen people or any of that. It’s just I’m firmly pro-Israel and have been ever since probably the mid-50s.

Douglas Goldstein: So you used the word “banning.” Today it’s actually a big topic in many books about how there is kind of stifling of academic discussion on campuses, but hasn’t that really always been around? I mean, today maybe claimants are coming from the left, but in the past maybe it came from the right. Isn’t that just the way you build up your position? You just shut the other people down?

John Palmer: I think that happens in every discipline. You are absolutely right. It just happened all through time. Certainly, when I was an undergraduate academia seemed to be more right wing and the students were more left wing. The students opposed all of that and we were concerned about freedom of speech. Remember the 1960s freedom of speech movement that came out of Berkeley, California? That was a pretty important movement. Unfortunately, it doesn’t stand for freedom of speech anymore. It stands more for just left-wing diatribes.

Douglas Goldstein: If you were to say, “Listen, I’m not even interested in the other side because it’s already been disproved,” is that being non-academically fair or is that just saying, “I’m not going to bring on every view onto campus, so there’s no point in views that are clearly wrong or that have been proven wrong?”

John Palmer: Paul Krugman built up some pretty darn good credentials 20 years ago. If you just don’t read the stuff he writes in The New York Times, you are fine.

What are the Potential Economic Effects of the BDS Movement?

Douglas Goldstein: I just heard recently that someone set up a new podcast called the “Contra Krugman Podcast.” Every week they read his article and then they tell you why they think it’s wrong. Talk to me a little bit about the BDS movement, but not from a political standpoint. How is that going to affect the economy of Israel, and is that a good method in order to affect change, if people want to affect change in Israel? Or are they really ultimately hurting themselves through this boycott, divest, and sanction process?

John Palmer: I have seen very few boycott movements actually succeed. There was one in Chicago when I lived there in the mid-60s, wherein people boycotted Pepsi to get them to hire more blacks. It seemed to work, probably because there was, I think, a moral rightness on the side of those people as well. But there are so many other boycott movements that haven’t seemed to work. I think the BDS people are just completely screwed up. They don’t understand it. A lot of the people who are going to get harmed are the workers on the West Bank, the Palestinian workers. That’s absolutely nuts to try to hurt the people. There are a lot of people who boycotted all kinds of businesses in South Africa before South Africa got rid of apartheid. Again, they were harming an awful lot of the people there and not really bringing about change. I think the change came about from a sort of moral revulsion to apartheid.

Douglas Goldstein: So you are arguing that boycotting on a practical matter may not work and therefore it’s not worth engaging in?

John Palmer: That’s part of it. The other thing, though, is I just think they are wrong to want to do this in the first place. They want to boycott people who have immoral positions. Let’s start talking about boycotting Iran and Iraq and Saudi Arabia. Let’s boycott these places that have horrible human rights issues. What about China and Tibet? Let’s go after some of these other countries that have done such horrible things compared with what Israel has done. I may not agree with what Israel does on the West Bank and have questions about that, but come on! It’s crazy to be boycotting them because of those things compared with all the other things going on that are so wrong in the world.

Douglas Goldstein: You mentioned earlier you consider yourself a supporter of Israel from the Gentile standpoint. Tell me where that comes from?

John Palmer: I think it started because I was one of these left wing people who want to support the little guy, the victim, and Israel was certainly the little guy, the victim until 1967. From then on, I realized that Israel has a democracy. Israel is pro-human rights. Israel is a place where an awful lot of stuff that’s really good in the world happens, compared with all of the people who have not been supporting Israel and the people who are fighting Israel and still want to drive Israel into the sea. It’s really hard for me not to support Israel when I think about those things.

John Palmer: There are two ways to follow me. My blog is www.ecletecon.net, and that comes from “eclectic economist.” That’s how I came up with that name – Eclectecon. I’m also on Facebook, and almost everything around on Facebook is open to the public. Look up John Palmer, and you can find me there.