What Does the Future Hold for Social Security and the U.S. Economy? 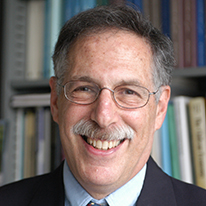 Professor Peter Diamond, winner of the 2010 Nobel Prize in Economics, explains the purpose of Social Security and how recent policies may affect the U.S. economy. What can retirees expect from Social Security in the future?


Watch Social Security and the U.S. Economy on YouTube.

Peter Diamond is one of three economists who won the 2010 Nobel Prize in Economics. In this interview, he discusses the future of Social Security, its objectives, and why Social Security is not a Ponzi scheme.

Douglas Goldstein: One of the topics you’ve spoken about is the question of Social Security. A lot of my clients who live here in Israel live on their Social Security, and the question they worry about is if it’s stable. The issue that they are really concerned about is the whole topic of Windfall Elimination Provision. This basically says that if they lived in America for a few decades, paying into the system, and expected to get a certain amount, and then they move to Israel and are able to get an Israeli pension, they may actually have their Social Security cut. Is that fair?

Peter Diamond: Let’s begin with the basic question of Social Security that you started with. Is it sustainable, and what’s the future look like? The projections of the actuary and the Congressional budget office say that about 20 years from now the trust fund will hit zero. Under the law that governs Social Security, Social Security is not allowed to borrow. If the law hasn’t changed, benefits for everybody will be cut so that the expenditures match the payroll tax revenue, which will continue rolling in. When people think there’ll be nothing for them, they are forgetting that the payroll tax revenue was there.

The current projection is in 20 years, everybody gets about a 25% benefit cut, and that would be a crisis for lots of families, a crisis for the economy, and obviously that’s not going to happen. The normal political process in the U.S. and elsewhere is to not do anything about it until we get close to it. That’s terrible policy. It’s a particularly terrible policy in the current context. It’s a terrible policy because the sooner one starts addressing a problem like that, the more you can face it slowly, and the more you can spread it more fairly across different generations. Also, the less political pressures of people trying to defend what they have. It’s something that’s not going to kick in for 10 or 15 years. Just leave the political process without the self-defense pressures.

Unemployment in the United States

It would also fit with our current problem. In my view, the U.S. has an unemployment crisis and a debt problem. A crisis is something you really need to address right away because the costs are large and keep mounting. A problem is something probably better to address sooner rather than later, but it doesn’t have to be addressed right away. Social Security fits this definition beautifully because everyone always favors phasing things in slowly. So you don’t make the unemployment problem worse today by doing it, but by doing that you have a big impact on the projected debt problems down the road.

Peter Diamond: The problem we’re having in the U.S. is fiscal austerity, which is hurting on unemployment today and even worse in something like the sequester that’s being done in a stupid mean way. Cutting across the board, cutting good programs and bad programs, is deliberately stupid. It was chosen to be bad policy in the expectation that it would lead to new reforms, but it hasn’t. The idea that you sabotage the functioning of the government in the hope that it would lead to a better political outcome is just a terrible way to be going forward.

Douglas Goldstein: Unemployment is something that politicians have to deal with right now before the next election, whereas dealing with 20 years down the line, they will probably be long gone by then. Why would you expect them to really think that far in advance?

Peter Diamond: I never suggested that this has any real possibility. It’s exactly what you’ve said, and it puts the fault exactly where it belongs - on the voters. Voters don’t tend to say, “That’s a real problem coming. It’s going to affect me and my children, but I’m not going to hold it against the politician if he does nothing about it.” That’s the fault of the voters. It’s an issue around Social Security. It’s an issue around global warming, and the fault is with the voters. We need voters to hold politician’s feet to the fire more than we do.

Douglas Goldstein: I worked in the United States for about 10 years. I put my 10 years into Social Security. I paid taxes with the expectation that I would ultimately receive a pension, albeit a small one, and then I started reading my Social Security statement more closely. It said that if you receive a foreign pension as well as other possibilities, you will not get the full Social Security payment that it says in the statement. Then I ran to their calculator and I discovered that I was going to end up getting about half of what I thought I should, based on the amount that I put in. Is this a normal thing for a government to do?

Peter Diamond: It’s a totally appropriate thing, given the structure of Social Security, which is very unusual across countries. I’ve looked at systems in many countries. Most systems are linear, meaning that you get back relative to what you earn and pay taxes on, it’s a linear function, same proportion across the board. Social Security is not like that. It has the progressive benefit formula. It gives 90% of your average earnings for very low earners and then there’s a second row of low level, and the third, where it gets down to 15%.

So the formula is progressive, with the goal of giving a larger replacement rate to people who have had lifelong low earnings, and if you’ve had lifelong low earnings, you need replacement. It’s plausibly going to be much larger after you retire than for somebody who has had high earnings his whole life. The formula is directed as more of a benefit to people who are needy. If, for example, you’re a Massachusetts civil servant and you’re not in Social Security while you’re a civil servant, but you are in Social Security for 10 years you get a benefit based on your lifetime average. It was a whole bunch of zeroes, andyou look very poor, but you’re not. You’re going to receive a pension from the commonwealth of Massachusetts, and you have all your earnings for all your lifetime.

Douglas Goldstein: Isn’t that pension based on the number of years you put in as a civil servant, and then you get that piece?

Peter Diamond: The piece you’re getting from the federal government now from the commonwealth of Massachusetts is based on whether over your lifetime you have been poor or not. If you haven’t been poor, then you don’t get the extra amount targeted on people who are poor. If you go abroad and have high earnings abroad, then on a lifetime basis you are not accurately depicted as somebody who had 10 years of earnings and then a whole bunch of zeroes, never able to earn another penny and to accumulate a pension based on all those zeroes. The formula is set up to accomplish a social goal, and you are not part of that social goal. So you should be treated by the system the same way somebody with similar lifetime opportunities and achievements should be treated. The WEP doesn’t do a great job of doing that, but we absolutely need something like that or basically you are reaping off your ability to accurately measure your need.

Douglas Goldstein: It’s more like a Ponzi scheme because you’re putting in, hoping that there’s always going to be someone behind you to put in more when you retire.

Douglas Goldstein: Isn’t a pension like an investment, investing in your future?

Peter Diamond: First of all, there are investments that are like an IRA, where you’re buying assets and you’re hoping it will yield a lot when you retire and then you can live off it. Or you can be in a public program, where just as your future wages depend on what the government does around public investments and the climate for private investments, you are part of the society that is looking after poor people and it is part of the overall physical stance. The point of a Ponzi scheme, the way it was started, and the way it’s named after Ponzi is that it’s deliberately cheating people, and it’s to run off with the profit by the creator by paying out grossly unsustainable amounts to attract more investments. That’s not what was going on in any pension schemes. Yes some of them are badly designed. Some of them haven’t go built-in rules that will automatically give it sustainability, but what you’ve got is the forecast of a political process, just as you’ve got the forecast of political process if you buy a Treasury bond.

It’s a program to help everybody, because a lot of people up and down the income distribution don’t save enough. It really has two goals. One is normally labeled “consumption smoothing,” and to help people do that. It comes as a real annuity. You want to buy a real annuity in the market, so what kind of prices are you going to pay for that? It comes as a real annuity. It is part of a package up and down the income distribution, but it has a second goal which is relieving poverty among the elderly. So we have two different goals here: consumption smoothing over your lifetime when you may or may not have saved well. Even if you saved enough, and you may have invested well, you may have been quavered by the financial crisis, and also to do more for people who have been lifetime poor. Doing both of those in a single program leads to a complexity that leads to lots of people not understanding what’s going on.

Douglas Goldstein: How can people follow the work that you’re doing now?

Peter Diamond: At the MIT economics department website, there is a page for each member of the faculty. On that page, I post articles as I write them, both the technical ones for the economics community and a variety of other pieces that I think may be of interest.