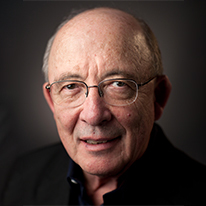 Is minimum wage important for workers? Professor Dale Mortensen, winner of the Nobel Prize in Economics in 2010, explains what the movie Moneyball teaches about the minimum wage. Find out what friction is in terms of markets, and what may encourage workers to be more productive.

Professor Dale T. Mortensen won the Nobel Prize for Economics in 2010. In this interview, he discusses search friction, what that means in terms of researching the markets, and why workers in similar professions get paid different rates.

Douglas Goldstein: The title of your Nobel Prize was related to the work you had done in markets with search friction. Could you just give people a brief summary of what that’s all about?

Dale T. Mortensen: Friction is a metaphor coming from physics. Physics studies systems without friction, theoretically, and then adds it back in order to get realistic. Something similar goes on in economics. Many of the early market models were so-called “frictionless,” and whenever you add a complication like imperfect information, which was one of the principal issues of the last 20 years, that’s referred to as a “friction.” The particular friction that we were noted for was the issues surrounding how buyers and sellers get together, and in particular in labor markets how employers and employees find one another. In a theoretical frictionless model that’s no problem, but in the real world we know it is, so our model is trying to get to that aspect of reality.

Douglas Goldstein: As a financial advisor, I often talk about friction. Buying and selling itself creates friction, with taxes and commissions, and there are commissions in many areas. One of the changes I’ve seen in my business over the past couple of decades that I think has eliminated some of the friction has simply been greater transparency. Is that something that you’ve witnessed as well?

The Internet’s Role in Bringing Workers and Employers Together

Dale T. Mortensen: There’s been some question about what’s been the role of the internet in the process of bringing workers and employers together. It’s certainly true that in the last 20 years, there’s been a major change in the way jobs are advertised, or even in the last 10 years. They are now pretty well posted on the internet either in job sites, or on the actual site of the employer. If it’s a large employer, they’ll post their vacancies right on their own site. Similarly, workers can post their CVs and credentials, and then the issue is whether that makes the market more efficient.

As usual, it takes a lot of time to tell, but there’s some interesting work on this that suggests that it has seemed to lower or reduce the duration of unemployment, at least during normal times and right now not normal times, but during normal times, and possibly very significantly. Now, theoretically, that doesn’t have to happen. We may be seeing some issues now because another response to an improvement in communication of this kind is for the participants to become pickier, to demand a better fit before they fill a job. There’s some discussion in the U.S. press right now that one of our current problems is that employers are just too picky.

Douglas Goldstein: How about the fact that there seems to be a discrepancy just in the types of people you’re talking about, for example whether married people tend to have a much greater level of employment than unmarried people, or in certain sectors of the economy?

Dale T. Mortensen: There are always differences in gross demographics. There’s always a marriage factor, and one can hypothesize about what’s going on there. It’s only true for men that marriage seems to settle them and make them more dependable, and that shows up in higher wages and also shorter durations.

Is Minimum Wage a Benefit or a Disadvantage?

Douglas Goldstein: It is interesting that another market with a lot of friction is the baseball market. There’s a famous book and movie called Moneyball, about the Oakland A’s coach, named Billy Beane. The Oakland A’s is one of the poorest teams in baseball and it’s a fascinating story about how Billy Beane tried to eliminate the issues of what is a very highly priced job market. One of the controversial issues is whether minimum wage is a benefit or a disadvantage in terms of employment than the friction. How do you see that working now?

Dale T. Mortensen: Minimum wage, in the traditional view, simply raised wages above what would otherwise be equilibrium and therefore by definition caused unemployment. Our understanding now makes this much more subtle. There’s going to be a possible employment effect of the minimum wage, but there also seems to be an offsetting effect on the employer’s side, essentially stimulating the arrangement of work to make workers more productive so that they can earn more on the job. That too, of course, requires some investment on the employer’s side. The main reason that minimum wages are popular is that there’s a perception among the public that it helps poor people. It does, at least for those who are employed. I spent a lot of time in Denmark and certainly the effect of the minimum wage is clear there. They don’t have jobs that pay $5 to $10 an hour. One of the effects is that you don’t find someone to cut your lawn, but on the other hand, it adds in social cohesion. It’s a very complicated issue.

Douglas Goldstein: We spoke to Walter Williams on the show a while back, who is a real opponent of the minimum wage. He said he felt it was keeping people from getting jobs because companies simply don’t want to pay more than someone is worth.

Dale T. Mortensen: That’s the traditional story coming from right-wing economists, as most of us are. This position is based on theory, but if you actually go out and look at what’s going on, it’s hard to find evidence that that’s occurring in a massive way. Allen Krueger, who is a current advisor to Obama, has a famous book with a co-author that actually provides evidence which says that it doesn’t seem to be very large if it’s there at all.

Why Are Similar Workers Paid Differently?

Douglas Goldstein: You actually recently came out with a book called Job Matching: Unemployment and Wage Dispersion, and previously you’ve written about this question of wage dispersion. Why are similar workers paid differently? Are there certain industries where you see more of that than in others?

Dale T. Mortensen: Let me give a little bit background on that. What I was interested in was the true phenomenon that measures of firm productivity vary a lot across firms, and so do the average wages that firms pay. So I was interested in explaining why that might be true, and earlier theories that I had worked on suggested that those correlations should be there. Basically, the theory says that more productive firms are willing and wish to pay more. The rationale for that is, for example, they can save on turnover cost by differentiating their pay across workers and make it less likely that the worker will quit at someplace else. Since quits are more expensive, more productive firms are willing to do it.

There’s always basically a theoretical argument looking at macro-level data. But more recently, colleagues and I have been looking at the more micro, actual firm level, and we find that this is true. More productive firms do pay more. Basically, the method we’re looking at there is using statistics to look at the same workers in different firms, and asking, does their pay depend on the productivity of the firm? The answer is yes, it does.

Similar workers are paid differently. That’s what the statement says. Look at the same worker in different jobs, and according to economic theory they should be paid the same and they’re not. They’re paid more in more productive firms. This is true across industries and maybe a little bit more true in manufacturing than in real estate, but it’s true across other groups that we looked at: manufacturing and also trade and transportation. I might say, by the way, that these studies are based not on U.S. data but on Danish data, and the reason for that is availability of data.

Douglas Goldstein: When you say more “productive” firms, do you mean more profitable firms? What does that mean to be “productive”?

Dale T. Mortensen: Profit is a tricky concept. It’s an accounting notion, not an economic notion. What we mean by it in economics is that for the same input a more productive firm gets more output, and that could be measured in what economists call TFP by using a productive bunch of techniques.

Douglas Goldstein: The answer that workers get paid more in more productive companies quite frankly sounds a little obvious. What would you not think that?

Dale T. Mortensen: Because traditional economic theory says that’s not what should happen. The highest wage that could be paid should be found immediately, and so if two companies are both going to survive in the market, they should be paying the same for the same workers.

Dale T. Mortensen: Most of my work is technical, but if you want to find it, it’s available on my webpage. The best way to find my webpage is to go to The Department of Economics at Northwestern and there, it will be posted in the faculty section.