What Can Individual Investors Learn From Macroeconomic Data? 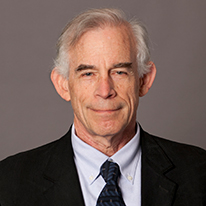 Macroeconomic data such as inflation, interest rates, and employment figures often appear in news reports. But what does this information mean, and how does it affect the ordinary person? Professor Christopher Sims, winner of the 2011 Nobel Prize in Economics, explains what macroeconomic data teaches us about the state of the economy. Follow Professor Sims at: http://www.princeton.edu/~sims/

The 2011 winner of the Nobel Prize in Economics, Professor Christopher Sims of Princeton University, discusses the practical aspects of macroeconomic theory.

Douglas Goldstein: Over the years, you’ve published papers and researched a great deal in what’s referred to as “econometrics and macroeconomics theory.” Could you just describe what’s this all about?

Christopher Sims: Macroeconomic study includes economy-wide variables like GDP, total employment, interest rates, inflation, and econometrics, bringing to bear economics on interpretation of data. Much of my work has been on trying to understand the message that economic data at the national level is telling us.

How to Differentiate Between Monetarists and Keynesians

Douglas Goldstein: What your Nobel Prize was focusing on to some extent was how you help to use statistics so that people can distinguish between different major schools of thoughts in the economy (described generally as the Monetarists and the Keynesians). How did you help with that?

Christopher Sims: My work went through some stages. The first one that I did that got a lot of attention was checking the assertion of the monetarists who said that trying to explain inflation by looking at recent past history of money growth was a legitimate causal exercise. In other words, when you look at statistical correlations of money growth with future inflation, you could interpret that as showing that money growth was causing inflation. That’s a difficult premise because money growth tends to increase when inflation increases anyway. They are correlated, but not necessarily causal.

I pointed out an insight that some people had already seen in other areas - that it is possible to test one of the implications of that relationship being causal. So this paper tested that and showed that it passed the test - which the monetarists were very happy with. But over the next few years, I had some students who noticed that when you began to look at interest rate data as well as money supply data, similar tests give different answers. So that led me to start working with multiple variables at a time instead of just two particular interest rates, inflation, and output growth. When I started working in systems like that, I found that it was possible to separate out deliberate policy changes and their effects on interest rates and money from the passive response of interest rates and money. We found that it was not mainly monetary policy changes that were producing changes in inflation and output growth, but they did have an effect. So the result was neither a complete win for monetarists nor complete win for the old-fashioned version of Keynesians.

Douglas Goldstein: Given the amount of noise in the economic world, there are so many different variables. It’s never just 3 or 4. It could be 3 or 400 at a time. Do you feel confident, or can one feel confident, that he can actually isolate a certain factor?

Christopher Sims: One of the things that I did differently from other methodology at the time was to avoid imposing assumptions of convenience on the models I was fitting to data. The traditional way to proceed was that whenever an effect looked statistically marginal, to just set it to zero. In what I was doing, I recognized that a lot of these things, after being set to zero, were actually uncertain. My results about isolating causal effect have big standard errors. That is, you can’t say with 100% certainty that what I found is really there. It’s more like 80-20.

Douglas Goldstein: I think that the area you were specifically working with between the monetarists and the Keynesians is often seen as the gap between the right wing and the left wing. Do you think that’s an appropriate distinction to make?

What are New Keynesians?

Christopher Sims: Not at all, especially these days. It was probably an appropriate distinction to make in about 1953, but now there’s a term called “new Keynesians.” These are economists who accept many of the basic insights of Keynes, but have also incorporated rational expectations and many other modern developments in economics. Many of these new Keynesians are forthright Republicans. Greg Mankiw was an adviser to Bush. Ben Bernanke, the chairman of the Federal Reserve in the U.S., has been a Republican for his whole life, as far as I know. These are leading new Keynesians.

Douglas Goldstein: There seems to be a Keynesian approach, some would say, to the economic policy currently in the U.S., which is borrowing a lot in order to improve the economy. There’s a big, strong argument that could be made that over the past few years, since the real estate bubble and the crash, things have improved and the debts decreased a great deal. Is that any sort of empirical proof that they were right?

Christopher Sims: It does seem to be true that the U.S., in contrast to Britain and the Euro area, has recovered from the crisis a little better and it has followed looser budgetary policies. I think that all bears out the Keynesian idea that in depression, it’s not smart to drastically reduce government spending in deficits. Of course, the U.S. and most countries in the advanced world have aging populations and a very serious long-run budget problem. But the way to handle those long-run budget problems isn’t to make drastic across-the-board cuts in government spending in the middle of the depression.

Douglas Goldstein: What would be the way to deal with the ever increasing huge debt?

Christopher Sims: In the U.S., we’ve got lots of room to increase taxes. We have, by current economic standards, a pretty low rate of taxation, though it seems very difficult politically to do that. If we don’t do that, we have to find ways to slow the growth of spending on medical care for the elderly and on retirement and politically, it seems very difficult to do that. I think it’s not technically difficult to describe a program that would provide stimulus in the short run and resolve our long-run budget difficulties. The problem is that any such program involves winners and losers, and as soon as the program goes before a democratic body, it gets stuck in the battle of who’s going to win and who’s going to lose.

The Future of Western Economies

Douglas Goldstein: Given that reality, is your prognosis at all optimistic for the western economies?

Christopher Sims: I think we will get over it. In the U.S. in particular, I don’t see how the stalemate in Congress can go on indefinitely, and as some people, especially my co-winner Tom Sergeant, like to say, budget constraints are constraints. They get satisfied one way or another, so it will work out. I’m a little more concerned about Europe, where I think their institutional structure just has gaps that they’re not recognizing and not filling. They could end up giving themselves several decades of very slow growth, if they don’t change their approach.

Douglas Goldstein: You referred to institutional problems in Europe. What do you mean by that?

Germany doesn’t want to be in that position. If Germany is in the position of being the physical backstop, it creates very poor incentives for the other countries in Europe, and the Germans understand this. Budget deficits in one country can create inflationary pressures throughout Europe in the current arrangement, and unless some other country steps up to fill the gap, there could be Europe-wide inflation. But if another country steps up to fill the gap when one European country runs deficits, you end up creating incentives at physical policy, and the Germans understand that. What they need is some political mechanism for sharing risk. When something bad happens to one country, there should be physical flows that are automatic and pre-negotiated, as there are in the U.S. If one state in the U.S. has a severe shock, our nationwide income tax and unemployment insurance create physical flows into that state. There needs to be something like that in Europe.

Douglas Goldstein: Could you just tell people, how they can follow your work?

Christopher Sims: I have a webpage at www.princeton.edu/~sims, and most of my publications are available through that webpage.