How Loss Aversion Can Cause You to Make Investing Mistakes 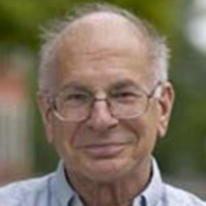 What is “loss aversion,” and why does it cause investors to make mistakes? Professor Daniel Kahneman, winner of the Nobel Prize for Economic Sciences in 2002, is well known for his work on the psychology of judgment and decision-making. Find out what loss aversion is, why overconfidence can be bad for investors, and how to avoid making financial mistakes.

Professor Daniel Kahneman, winner of the 2001 Nobel Prize in Economics, explains the illusion of validity and why loss aversion leads many individual investors to make mistakes. How can you make smart decisions about your money?

Douglas Goldstein: We are talking toProfessor Daniel Kahneman, who is an Israeli-American psychologist and the 2002 Nobel Laureate notable for his work on the psychology of judgment and decision-making and behavioral economics with Amos Tversky, as well as others. He established a cognitive basis for common human errors. Currently, he is a professor emeritus of Psychology and Public Affairs at Princeton University’s Woodrow Wilson School. He is also a founding partner of the Greatest Good, which is a business and philanthropy consulting company.

Daniel Kahneman was born in Tel Aviv in 1934 and he spent his early childhood years in Paris, where his parents had emigrated from Lithuania in early 1920s. His family was in Paris when it was occupied by Nazi Germany in 1940. His father was picked up in the first major roundup of French Jews, but was released after six weeks due to the intervention of his employer, and the family was on the run for the remainder of the war. Eventually, he and his family moved to the British mandate for Palestine, which was very soon to become Israel in 1948. Israel is very proud of all the work you have done, and I am very proud to have you on the show.

We’re talking about behavioral finance. As a financial advisor myself, I am dealing with this every day. Your interest in it began when you were in the Israeli army. You had a project where you had to assess candidates for officer training. You used an interesting test where a group of soldiers would have to lift a telephone pole over a two and a half meter wall, and dealing with the test, you coined the term the “illusion of validity.” Could you tell us what this is all about, where it came from, and what it means?

The Illusion of Validity

Daniel Kahneman: This test was not my invention. It was conventional in the British army during World War II for the selection of candidates for officer school. The illusion of validity is simply a sense that you know. It’s a sense of knowing that is unjustified and you really frequently get it. You get it when you interview people and you suddenly have the sense that you understand their character, but very frequently you just don’t, and so that’s the illusion of validity. It’s quite common in our experience.

Douglas Goldstein: Certainly, a lot of people feel that in an interview, they get a great understanding. Some people think they are a very good judge of human nature, but your research has shown the opposite.

Douglas Goldstein: That makes all sorts of decision-making very difficult. If you can’t count on yourself to really understand what’s going on, how can you make a decision?

Daniel Kahneman: I don’t know if you read the recentstudy byIsraeli financial professor Yitzchak ben David on the overconfidence of financial experts. It involved the CFOs of major companies. We run a poll of CFOs every year, and so they asked them what they thought the S&P 500 was going to do during the next 12 months. There were two observations:

One is they really have no idea, absolutely no idea. But the second thing was that they were tremendously overconfident. They’re supposed to set up an 80% confidence interval, and only 43% of the observations fall inside the confidence interval. In other words, they are surprised almost all the time. If people told you what they really know, they would tell you that the Dow Jones or the S&P 500 would be somewhere between minus 10 and plus 30 next year. This is what in fact they know. But they don’t know anything. But they think they know.

Douglas Goldstein: The problem is if you walk around and you don’t show any confidence, then no one is going to believe anything that you say.

Daniel Kahneman: That’s absolutely right. People are actually paid to look overconfident, and are handsomely rewarded for overconfidence. It is also the case that people are not lying, and they really feel overconfident. They can’t imagine the world going any other way than a particular way they imagine it, and because they can’t imagine an alternative, they are confident that what they see is going to happen. But we can’t really imagine the future.

Douglas Goldstein: We can’t predict the future, and we can’t know what is going to happen tomorrow. But in order for people to act, don’t they have to be confident in themselves and have confidence in their advisors?

Daniel Kahneman: It’s a really good idea to have confidence in yourself - as long as it’s realistic. Clearly, overconfidence justifies a lot of things that a lot of investors do. Professionals are a little better, but individuals who invest for themselves by and large lose money on it. They don’t know it in advance, and they do it because they are overconfident.

Douglas Goldstein: Do you find a difference between men and women in terms of overconfidence?

Daniel Kahneman: Yes. Men are more overconfident than women, which is why by and large, women individual investors with individual brokerage accounts do better than men. They do significantly better than men because they do less. They have fewer ideas that lead them to financial failure. Men pay a lot more investment costs and act on many more ideas. In other words, they are overconfident.

Loss Aversion and How it Affects Investment Decisions

Douglas Goldstein: Other research that you’ve done that has had a groundbreaking effect is what’s referred to as loss aversion. You’ve demonstrated this in a study that showed the extraordinary reluctance to accept risk that’s observed when people are offered to gamble on the toss of a coin. They’re asked, “If we toss a coin and you could lose $20 if you lose the toss, how much do you demand on the other side to win in order to play this game with me?” You’ve found that people usually demand to get about twice the amount that they win. What’s with the heart of this psychological peculiarity? How can an investor get past it so they can make rational decisions?

Daniel Kahneman: What’s behind it is something that is called “negativity bias,” which is that when processing information in the brain, threats have priority over opportunities. You see that everywhere in behavior. We respond faster and we are eired to detect threats. That manifests itself, among other things, in loss aversion. You just pay a lot more attention to losses within a game. When you have a 50% chance to lose 20 then you’d want an equal chance to gain 40. That about evens the odds for people.

Douglas Goldstein: When you do that flip of a coin test, it’s a little more black and white. When people do this in their own investment portfolios, how does this play out?

Daniel Kahneman: In the first place, individual investors are a minority, and this is related to their willingness to take more risks from other people. But when you talk to very wealthy advisors, which is something that I have been doing occasionally in the last three years, it turns out that they are very loss averse too, and they want to protect what they have. They would like in addition to get a lot richer. That’s why the objective is negative - it is conservation of what they have, so there are lots of rules. When you want to discuss a policy that would be optimal for an individual, you need to be conscious of loss aversion, because if you’re not when something bad happens to them, they will want to change. In the worst case, they will want to change advisors. But at the very least of it, they will want to change their policy, go to bonds, or do something very silly.

A lot of the mistakes that people make in investments are acting on loss aversion, acting out their losses.

Douglas Goldstein: So the risk is that the more loss averse you are, the worse decisions you’ll make. Alternatively, understanding that you suffer from loss aversion could make you decide not to have such a risky portfolio at the outset.

Daniel Kahneman: That’s true, but people are also highly optimistic in general. So it is true

that people who are loss averse tend to be more cautious than others, but it is also true

that they may not be cautious enough because when they’re investing, if things are going

well at the point in time when they’re investing, then like everybody else, they are fairly

optimistic. At that stage, they are willing to take more risk than later primarily because

they don’t know the odds they are facing, and then they are surprised.

Douglas Goldstein: How do you recommend that advisors present this to their clients? If the client comes in and said he’s got a half million dollars to invest. “How risky is my portfolio?” what’s the best way to say it to a person so he really can make a smart decision?

Daniel Kahneman: In the first place, you probably would want the financial advisor not to speak about that half million to invest, but to speak about the financial picture altogether. This is because he would want the risk in his portfolio to be balanced overall. When you talk about half a million, the real question is how much loss you would be prepared to sustain and still stick with the same policy. If you get the impression that the client would want to quit after relatively small losses, then they shouldn’t invest in risk and you should be much less risky.

Douglas Goldstein: I think people prefer it when you talk about dollars in terms of dollars and the timeframe rather than percentages.

Daniel Kahneman: That’s absolutely right. The more concrete you make it, the better people think. If you have a language that enables you to speak concretely, at least you could now say that this is clearly superior. You want to engage people in the exercise of predicting their future reactions, and that is best done by making it specific and complete as possible.