How Education Can Affect Your Investment Decisions 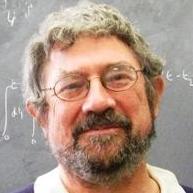 Nobel Prize winner and Brown University Professor J. Michael Kosterlitz reflects on how education is the key to making positive change in all aspects of life… including finances.

Listen to learn how researching superfluidity generated a new understanding of physics, and more importantly, how to perfect your own individual thought process.

Professor Kosterlitz admits his scientific work is hard to understand, but it is the idea behind the work that really matters. Professors Kosterlitz explains that in order to apply an idea or a process, you first need to understand how it came to be. This concept is critical in understanding your personal investment choices.

How to build a smarter portfolio

Doug shares three steps an investor needs to take to create a Core/Satellite portfolio. Learn how to do this by downloading a one page resource called What’s a Simple Way to Get a Smart Portfolio?.

Free Download: What’s a Simple Way to Get a Smart Portfolio?

Post a review of the show on iTunes. Here’s a short video explaining how for IOS 11 users.

Watch How Education Can Affect Your Investment Decisions on YouTube.

Professor Michael Kosterlitz of Brown University, 2016 winner of the Nobel Prize in Physics, talks about how his work could help improve the world, and he concludes with some of the practical advice he likes giving to young college students.

Douglas Goldstein: I am very excited to have on The Goldstein on Gelt Show Professor Michael Kosterlitz, who won the Nobel Prize in Physics last year. He’s a professor at Brown University.

Professor, before we dive in, could you just give us a little explanation of what your Nobel Prize was for?

Michael Kosterlitz: First, along with being David Thouless, who was solving a problem in physical mechanics, which had been around for 20, 30 years, and nobody has ever understood it.

Correlation Between Physical Mathematics and Superconductivity

Douglas Goldstein: I am sure we won’t be able to understand it in a brief discussion, but a lot of what you did had to do with superconductivity. Could you explain what the connection is?

Michael Kosterlitz: It can be applied to various systems, of which superconductivity is one. It’s a problem in two dimensions, if you like. These can represent a physical system in a very thin film. It’s a question of phase transitions in such systems.

But there are experiments around which clearly show that superfluidity exists in two dimensions. There was this contradiction between the interpretation of a rigorous theorem and observation, and the two were completely in contradiction. This was, therefore, a problem that needed to be looked at.

Thouless and I looked at it and realized that there was no contradiction. It’s just that the interpretation of the rigorous mathematical theorem was wrong.

Douglas Goldstein: I see. You actually applied a mathematics called topology to this physics question in order to develop an answer?

Michael Kosterlitz: Let’s put it this way: You can couch it in the terminology of topology, but when I got into this, I personally would not have known a piece of topology if it had sat up and barked.

However, Thouless, who was the—I guess you could say he was the genius of the team—knew everything about everything. He knew what topology was and so on, and he pointed out that the excoriations we considered very important were actually what you’d call “topological excoriations.”

Douglas Goldstein: The work that you were doing had applications in many different areas of science. The one that I brought up before about superconductivity—and you referred to superfluidity—were terms that I’ve heard not just in the world of science. People are talking about how the science can ultimately be applied to practical life. How many years ago were you doing the work for which you won a Nobel Prize?

Douglas Goldstein: So it took a long time for the Nobel Committee to realize how important this was?

Michael Kosterlitz: Yes. There was some noise and a push for this work to be given a Nobel Prize back in the mid-1980s, but nothing came of it because it was in competition with things like laser cooling, which actually got the prize back then.

How Can Kosterlitz’s Work Improve the World?

Douglas Goldstein: Well, you were very patient to wait.

Now, Professor, I want to understand more in terms of practical applications.

This is a personal finance show, and I know that you do not claim to be a personal finance expert, but I think you’re a dreamer and that you have the ability to see things the way other people don’t. That is a trait that a lot of great investors have. They are able to imagine what could be in the future.

Help me to imagine a little bit what some of the work that you’ve done could do to improve the world.

Michael Kosterlitz: I’ve been asked this sort of question before, and I really don’t have an answer. That is because our motivation for looking at this problem, for which we got the Nobel Prize, was not from an application point of view.

The idea of applications never entered our minds while we did the work. To tell the truth, I was very surprised when, 40 years later, I heard that the work had been awarded a Nobel Prize in Physics. This is because I still didn’t know what applications this work would have in real life.

It can be applied to thin, superconducting films or explain some observations on clouds of cold atoms. I suppose that it can also be applied to various things like electronics and thin films. So maybe it will have some applications.

It’s like a lot of things—much of the theoretical work that’s done just sits there and waits for an application. But in order to come up with some useful application of something, the understanding of the theory has to exist already.

Douglas Goldstein: But aren’t we seeing some of this already, like with the superfast trains—they call them maglev trains—or certain planes?

Michael Kosterlitz: Yes. That’s the work of superconductivity that allows for these sorts of applications. That was basically due to Fritz London many years ago.

Douglas Goldstein: But the area of superconductivity is something that has allowed for the development of that industry, which would lead to faster transportation and to things like MRI machines that are used for medical care, nuclear magnetic resonance machines.

Aren’t these tools only able to be developed because of the type of research that’s done in academia?

Douglas Goldstein: Is there any way for people who are not academics to look at this type of research—not necessarily the research you did, but even including that—and say, “I see the potential”?

Then they can begin to make decisions about where they want to invest because they can see the science openly being used in some form of industry to hopefully improve the world.

Michael Kosterlitz: Sure, it’s possible. But in order to also understand it, you have to understand the underlying physics and some of the mathematics.

Michael Kosterlitz: Oh yes. People like me, with expertise in the theory and the mathematics. At least I like to think I do. But I have zero expertise in finance, and I think that exactly the converse will hold for people in finance. They know about finance, but they know nothing about physics.

Douglas Goldstein: So how can we get together?

Michael Kosterlitz: That’s a good question. That’s really a matter of education. Consider if I am a student. Students go to college and go into courses. The last thing I would go into would be these complicated science courses. But that’s because, in general, science courses are hard work.

If there’s no clear path to some well-paid job afterward, why go in for such a difficult education? Biology, biophysics, there’s lots of jobs available, so people will do biology and biophysics. That’s the science to go for.

The same with medicine. After all, if you study medicine, which is very much a science-based subject, at least there are decent jobs at the end of your education. But physics? What decent-paying jobs are available for a well-trained physicist?

Douglas Goldstein: I guess if you’re very good, you end up winning a Nobel Prize, which, if you don’t share with too many people, has a little bit of a financial benefit, too.

Michael Kosterlitz: Yes, there is a financial benefit. But even a complete Nobel Prize is less than what a very well-paid person in finance will earn per year.

Douglas Goldstein: Right, and he’ll still have to pay tax on it. Professor, this has been very interesting. It’s a little bit depressing, honestly, to speak to you because the work you’re doing clearly is very difficult. I understand it’s hard to explain, too.

Michael Kosterlitz: It’s not that difficult. It’s a matter of having the right background to understand it.

Douglas Goldstein: What makes it difficult to explain?

Douglas Goldstein: The take-away from this is when I tell my children and my nieces and nephews to listen to the interview that I had with you today, I am going to tell them that when they go to school, it actually is important to study many different fields and not to lock yourself in one area if you want to be able to have a vision of the future.

You can actually be a leader, and then hope to build over time. Otherwise, you’re working in your channel and I am working in my channel because I see these white parallel lines that don’t tend to meet too often.

Michael Kosterlitz: I guess that’s one way of looking at it. My advice to students is, “Do what you’re good at. Do what you like. Just study what you love doing and what excites you because anything that doesn’t excite you is simply not worth doing.”

After all, you can’t guide a young person into a particular field because they’ll probably find it really boring. But even so, there will be a field that you will like. If you really like it, then you’ll be prepared to put a lot of effort into it, and you’ll be motivated. But if you don’t like it, it’s obviously impossible to get motivated.

Douglas Goldstein: That is right. What’s the best way for people to follow you?

Douglas Goldstein: All right. We’ll put a link to that. Professor Kosterlitz, I’d like to thank you very much for taking the time. It’s been really quite interesting.