What Is the Best Asset Allocation for Your Investment Portfolio? 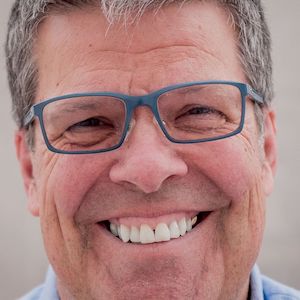 Tom Jacobs, money manager for Huckleberry Capital Management, doesn’t believe in the old-fashioned asset allocation rules. He underlines unrealistic expectations of investment strategies and explores some of the industry rules that have created those expectations. Tom shares his own philosophy about money and encourages listeners to take a look at their own financial situation, rather than try to conform to a one-size-fits-all investment model.

Should bonds be considered a “safe” investment?’

Doug takes a look at investments that are considered “safe” in his one-page resource The Risks of “Safe” Investments. He sheds light on some of the downsides of these investments including bonds and fixed income investments.

Tom Jacobs can be reached through Huckleberry Capital Management’s website or by email.

Watch What Is the Best Asset Allocation for Your Investment Portfolio? on YouTube.

Tom Jacobs, a partner and investment advisor at Huckleberry Capital Management, talks about aggressive investment. Should you ever break the rules? Which rules? Find out.

Douglas Goldstein: I am very excited to be talking with Tom Jacobs here on The Goldstein on Gelt Show. Tom is based in Texas, and he’s with a company called Huckleberry Capital Management. Tom, it’s a real pleasure to have you.

Like they’ll say, “Well, Doug, you know the market’s been very good, and everyone says it’s going to take a hit at some point. Could you just tell me before it happens, and sell out my portfolio.” Do people in Texas do that too?

Tom Jacobs: Oh, Doug, do they not do it? I think what everybody really wants is you to go to cash before the mud hits the fan then they miraculously want you to time the market and “go all in” when it bottoms. The last I checked, if we could tell that, we’d own a desert island somewhere.

Douglas Goldstein: Well, we already live in a former desert here in Israel. I know that there are millions of people listening to this conversation right now. I want to ask you: When you try to talk to people, especially people who are already retired, and they see that the market has been shooting up for years and years, when they say, “Can he get me a piece of that action?” how do you gently tell them, “Maybe we have to focus more on asset allocation and on your goals than on trying to get as rich as possible.”

Dealing with the Get-Rich-Quick Attitude

Tom Jacobs: It’s a tough one. People want everything, right? They want the world to be like Madoff and they want a checking account that’s pays 12%. What I tell them is something that’s a little unusual. The rule you and I were used to is that your age should be your percentage in bonds and the rest in stocks, right?

Douglas Goldstein: That’s sort of the rule of thumb.

Tom Jacobs: That’s true, but what I think is most important, and there’s a guy in Massachusetts who has done a lot of research on this, is that, actually, you build up your cash close to retirement because that’s when you really don’t want a market drop. That’s when you figure out whether you can afford to retire or not.

You move toward a fixed income as you approach retirement. Then, what this theory suggests is that you actually increase your stocks one percent a year until you leave this earth. I know—it’s totally different.

Douglas Goldstein: Yeah, that can be something shocking when you’re 90 years old and you’ve got 90% of your money in the stock market.

Tom Jacobs: Well, it can be. Meanwhile, you’ve been grinding toward that for 25, 30, 35 years. In a sense, you’ve been dollar cost averaging with your money all over again, reducing your risk.

Douglas Goldstein: On paper, all of these things look great. In other words, it’s another model. I see it as another model that people talk about. They say, “Be 100% in the stock market forever.” They run all these studies and they say, “Statistically, it works out.” Statistically, it’s all well and good until you know the joke about the economist who drowned in a swimming pool that had an average depth of 2 feet.

Tom Jacobs: It was in the deep end.

When the Averages Don’t Work

Douglas Goldstein: The averages don’t really work when you talk about real people. Again, I haven’t followed the studies you’re particularly quoting, but what if it doesn’t work? How can you guide someone in that direction?

Tom Jacobs: It’s very tough. I hear from a mix of younger people and people who are retired. I think a lot of retired people think you can’t get the kind of yield that you would like now because interest on relatively safe investments is so low that we can’t make a thing.

They think that if they’re going to get a higher yield, they need to take more risk in stocks. But that’s actually not true right now. You can have a little bit of your cake and eat it too, and, as you may imagine, I am happy to talk more about that.

Douglas Goldstein: I think that issue is really something that retired people, who maybe had a lot of money in the stock market, confront on a regular basis, especially during a bow market. As people get older, it might be okay for them to have an ever-increasing amount of their portfolio in stocks.

I have to state the disclaimer, which I know both Tom and I would say, that you absolutely have to check out your situation with your own financial advisor. This is really just a conversation that Tom and I are having, discussing different philosophies.

Don’t just grasp onto one and, if you’re 80 years old, say, “Oh, Doug said ‘Put all my money in the stock market.’” That’s absolutely not what we’re saying. We’re just discussing the issue of asset allocation. Tell me, how do you describe asset allocation to people in a way that makes them want to actually do it?

Tom Jacobs: I really don’t do asset allocation, and I am going to qualify that.

Douglas Goldstein: No kidding. Okay, why not?

Tom Jacobs: I am an ex-lawyer, right, so I always have to be careful. I am all for balancing fixed income and equities, but I don’t do things like 5% in gold, or 10% in natural resources or growth, and then 5% in value, if that’s what people think we mean by asset allocation.

Douglas Goldstein: I think there’s many different asset allocations, starting with what percentage in stocks, bonds, and cash, which then break down into other subcategories. But now I am interested in your philosophy. I hear you diversify, and it sounds to me like you’re differentiating between diversification and asset allocation.

Tom Jacobs: We rebalance periodically, right? That’s an effort to try to reduce volatility so that, in any given year, you can be fairly dependable on the amount you withdraw. Fair characterization? Yes, sure. I know.

What I do for a lot of clients in retirement or close to retirement is I tell them, “Look, if you buy equities or stocks that yield a lot, you get built-in downside protection because of the yield. If the stock price goes down, yield goes up. If you’re reinvesting, of course. But it’s a protection for the stock. If you buy these high-yielding stocks at a discount, you get some built-in capital appreciation as well.

People tend to think that fixed income of any kind is a big risk, and they think that high-yielding dividend stocks are a risk. But I have found, by questioning the conventional wisdom, it’s just not the case.

Douglas Goldstein: I hear what you’re saying. I actually don’t think that we’re disagreeing. I think you’re talking about a real solid strategy for investing. In particular, one thing I think a lot of people forget about, especially when the market seems to go up very quickly, is they don’t even think about dividends. They say, “Who needs that 2%, 3%, 4% dividend when I only made 20% on my stocks last year, and it doesn’t seem that exciting?”

But really, a lot of the stocks might be overvalued. It’s not the only thing you can count on because you can’t count on dividends at all. But it’s certainly an important part of the return of the portfolio, and you’ve got to look at the total return.

Tom, I am looking at the clock here, and I see we’re just about out of time. But tell me, in the last few seconds, how can people learn more?

Tom Jacobs: They can go to investhuckleberry.com or they can email me, if they want, at Tom@TomJacobs.net. I am a noisemaker, so I love to talk and I love to email.

Douglas Goldstein: Fantastic. Tom Jacobs, thanks so much for taking the time.