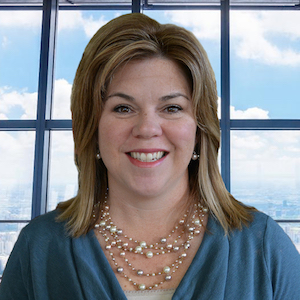 Why do Doug and his guests tell listeners “don’t invest in PFICs.” Today’s guest, Stacy Collier, will explain exactly why an investor should avoid PFICs, otherwise known as offshore mutual funds.

Stacy Collier, a U.S. based CPA, specializes in helping U.S. citizens manage their money from abroad. Stacy outlines the good, the bad, and the ugly about PFICs. She explains how the IRS. deals with PFICs and describes the red tape that owning a PFIC create.

Before you invest in any investment, know the pros, cons, and risks.

Should we read your listener letter?

Doug answers a listener’s question about portfolio structure. “Rich” asks if it’s a good idea to change your asset allocation later in life. Doug offers insight into bonds and bond funds and explains how Rich’s investments are affected by the difference.

Learn more about Stacy Collier and PFICs by downloading this chart, or visiting her website SDC CPA Tax Services.

Stacy Collier, a Certified Public Accountant who specializes in working with U.S. citizens living overseas, talks at length about the taxation issues involved with offshore mutual funds. She expounds on some critical things that Americans living overseas need to consider before investing.

Douglas Goldstein: I am very excited to have on The Goldstein on Gelt Show Stacy Collier, who is a CPA. She’s based in Houston, Texas, but interestingly, she specializes in U.S. citizens who live overseas.

Now, Stacy, one of the things that happens to me a lot is I meet with U.S. citizens who live in Israel, and they proudly tell me about the investments that they’re doing in their local Israeli bank. They buy mutual funds or ETFs here, and then I have to tell them a little bad news. What’s the bad news that I am telling them?

Stacy Collier: The fact is that investments and mutual funds that are registered outside of the U.S. cause tremendous nightmares for both the U.S. citizens and their tax preparers when it comes to doing the tax return.

What many of them are not aware of is that these investments, by the time you determine the potentially punitive tax effects in the United States plus their compliance cost for preparing the forms that are necessary, often are not going to generate any sort of positive return.

Douglas Goldstein: Let’s simplify a little bit. I just want to have everyone on the same page because oftentimes people think it sounds so simple. Let’s say that, and I’ll use my example, an American has moved to Israel permanently. He goes to the bank and puts $100,000 into the Israeli XYZ mutual fund. A year later, he sends you his tax return and says, “Hey, Stacy, can you take care of this for me?”

What specifically is the issue that he’s going to have because you refer to it as a PFIC (a Passive Foreign Investment Corporation)? That’s also colloquially what we call an offshore mutual fund, yeah?

Stacy Collier: Correct. The issue is that funds that are registered in the United States under U.S. law have stipulations. They have to pay out a certain percentage of the earnings in income to the investor so that it can be taxed, whether that comes in interest or capital gains distributions.

What we find with the funds that are registered abroad is, of course, they’re not subject to that same U.S. requirement. A lot of the offshore models are actually accumulation, where they don’t pay or distribute a lot of the incumbent. Rather, the income or gain will be realized upon final sale of that fund and the accumulated value.

The U.S. doesn’t like that for two reasons. One, they’re not able to tax the income now; they have to wait until it’s sold. Then, two, likely, that will be a capital-gain transaction if it’s held for longer than a year, and so it’s at a reduced tax rate. It’s only taxed 15 or 20%. To level the playing field, the U.S. has put in the PFIC regime, which basically then accelerates the recognition of that income even though there may not actually be realized income at that point.

Douglas Goldstein: Let me take you back to make sure I’ve got the bottom line. The issue is that a normal American who buys a normal American mutual fund may earn, inside the fund, dividends, and they could be capital gains inside the fund. Every year, the fund distributes it to the client. He sees that on his 1099, and then he pays taxes on it every year.

Douglas Goldstein: It’s not a mutual fund, is it? It sounds, based on what you’re saying, like it might be a stupid idea because you’ll pay taxes on money you don’t even make that year.

Stacy Collier: That’s right. Then there’s the reporting. Of course, it is a very punitive tax regime, and the calculations are probably outside of the scope of this conversation. But in addition to that is the reporting requirement. Each fund has a four-page report that has to go with it. By the time you figure out your compliance cost on paying to have those reports prepared and the potential tax that might be due on income you haven’t even realized at this point, it makes it a very punitive investment unfortunately.

Douglas Goldstein: We’re talking with Stacy Collier who is a U.S. CPA based in Houston. She specializes in working with U.S. citizens who live outside the United States. We’ve been talking so far about this issue of offshore mutual funds. The official name is PFIC (a Passive Foreign Investment Corporation).

Stacy has been pointing out something that is so critical for everyone to realize. The IRS doesn’t make it illegal to invest in these sort of funds, but they make it prohibitively expensive in terms of taxes and a pain in the neck to report. It can be very difficult to justify actually buying an offshore mutual fund. But what are some of the other important things, Stacy, that you would say when you speak to an American living overseas, that he or she should think about before investing?

Stacy Collier: We really try to train our clients to be proactive. I always tell my clients that, basically, any sort of investment that you make outside of the United States—and that could be as simple as opening a bank account—is likely going to have some sort of U.S. reporting and/or tax implication.

We really try to get our clients to come to us first and say, “Hey, I am thinking about doing this. What’s it going to mean back in the States?” We’ve put together a nice little chart that we send out to our clients that just kind of says, “Hey, are you thinking of a pension? Here’s some things to consider. Are you thinking of opening a bank account? Here’s what you might need to report—tax things.

Douglas Goldstein: That sounds like a really useful chart. Can I see a copy of that? Would you mind if I shared it with our guests or listeners?

Stacy Collier: Yes, absolutely. I’ll be happy to get that to you.

Douglas Goldstein: We can keep it amongst us—you, me, and all of the listeners of the show.

Douglas Goldstein: All right. That sounds like a very useful chart because there’s so much that’s out there that people don’t even think about. It’s just part and parcel of their general financial living, which I guess they may say it’s very reasonable.

It’s funny, I don’t know if you get this in your practice, but sometimes when I tell people they have to file an FBAR, they get indignant. They’re like, “Why do I have to?” They’re getting rude with me because I am telling them that there’s a U.S. tax form that they have to file. Do you find that sometimes as well?

Stacy Collier: Absolutely. A lot of times that indignance can lead to inaction. They don’t want to proceed with it, and that’s where then, of course, I have to be the bad guy and remind them it comes with a penalty. A lot of these FBAR forms, the passive foreign investment company forms we’ve been talking about, have significantly high penalties—up to $10,000 per form, per year that hasn’t been filed.

It really is not something you want to ignore, and it is manageable. It’s not to say you can’t open a bank account or you can’t make certain investments abroad. But just be proactive and know the costs upfront so that you can make sure that it’s a reasonable investment.

Douglas Goldstein: Related to the fine for not filing an FBAR, one of the things I’ve heard people talk about is not only the fine, but that it’s actually a tax on the amount you didn’t report if you chose not to report it. Is that stacked one on top of the other?

Stacy Collier: That can be the case, yes. If they find that you willfully were avoiding reporting that information, yes, they can take a percentage. Up to 50% of the asset can be subject to a fine.

Stacy Collier: Yes, it’s not anything to play around with, right? Right back to the passive foreign investment company forms: If those forms aren’t attached to the tax return, not only are you at risk of a penalty, but then also the statute of limitations on your tax return that was filed technically never closes. That three-year window of the statute of limitations doesn’t start until all of the information returns that should have been filed have been filed. So it’s a mess.

Douglas Goldstein: This is very scary. Well, let’s leave people on a good note. My day job is as a U.S. investment adviser, but I work with people who live outside the U.S. If people here who’ve expatriated keep their money in U.S. brokerage or IRA accounts say, “You know I may choose to live in Israel, but I also choose to leave my money in America,” are there specific cross-border issues they have, or does that eliminate most of the issues that you’ve been talking about today?

Stacy Collier: That is going to eliminate most of the issues from the U.S. perspective because they’re still going to be in U.S.-registered funds, and they will receive a 1099 at the end of the year. Everything will be in compliance with U.S law at that point.

Douglas Goldstein: It’s nice to hear that you’ve got everything set up kosher, and that that is actually easy to do. Stacy, I see we’re just about out of time, but in the last few seconds, tell us, how can people follow you?

Stacy Collier: Probably the easiest way is to go to our website, sdcglobalcpa.com. There, we do have some blogs or newsletters you can sign up for. You can reach out to us if you’d like to have a conversation. We’re always happy to offer a free consultation to evaluate the situation and see if you need further help or if you’re in compliance.

Stacy Collier: Thanks for having me, Doug.