Are Non-U.S. Citizens “Allowed” to Own U.S. Financial Accounts? 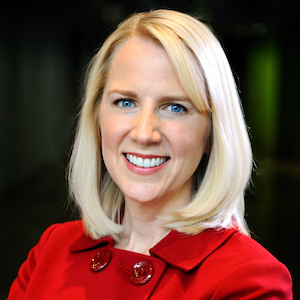 Many Israelis come to Doug’s office and ask, “Am I ‘allowed’ to own a US brokerage or IRA (Individual Retirement Account?)”

The answer to the question is yes. Doug discusses how a non-US citizen can own a U.S. financial account and why international investors may want to keep money in dollars. Doug explores the benefits of having a U.S. brokerage account.

If you want to learn more about opening a U.S. brokerage account go to Doug’s corporate website profile-financial.com.

Christine Benz, director and senior columnist of Personal Finance for Morningstar, explains their rating system for mutual funds. Morningstar researches mutual funds and rates them with stars to give investors a visual guideline of their performance.

Christine advises why an investor shouldn’t only rely on Morningstar’s research, but should also do their own. She also breaks down the difference between index funds and exchange traded funds (ETFs).

Watch Are Non-U.S. Citizens “Allowed” to Own U.S. Financial Accounts? on YouTube.

Douglas Goldstein interviews Christine Benz from Morningstar.com who confirms that a lot of people rely on the Morningstar risk rating. Christine points out that we shouldn't necessarily rely on that, as it's just one data point that people can use in making a decision about buying a fund, but it's certainly not the only one.

Douglas Goldstein: I'm very excited to be talking to Christine Benz, who is the director of personal finance for Morningstar and a senior columnist at morningstar.com.

Christine, we don't actually have 30 minutes, but in the next 10, 12 minutes, let's see if we can cover a couple of things. A lot of people tell me in my day job as a financial advisor, "Oh, Morningstar likes that fund. They must know what they're talking about, because they gave it five stars. Let's just buy only five-star Morningstar funds." What do you say to someone like that?

The Purpose of the Morningstar Star Rating System

There is a lot of confusion about this star rating that we have for mutual funds. The basic idea with the star rating is that it's designed to give you a quick snapshot of how a fund has balanced risk and reward, relative to other funds that invest in the same way.

It is not meant to be forward looking, and it's not meant to point you in the direction of the funds that will necessarily perform best in the future.

One thing that we know from evaluating investments and looking at funds, and you've probably seen this if you've seen ads on T.V. for mutual funds, is that past performance isn't very predictive of future returns. So, you might look at it and say, "So this is how a fund has done in the past."

But don't use it as a gauge of a fund's worthiness going forward. You really need to do a little more homework than that.

You guys seem like you've already done the work. Doesn’t it make sense to buy the 5-star funds?

I get your disclaimer that certainly it's not predictive, but isn’t comparing one fund to the other the point of the stars?

Christine Benz: It's a starting point for your research process.

One thing to note is that sometimes the funds that have had very strong returns in the past are also doing something a little riskier than their peers. Not always, but it's sometimes the case.

You need to understand what sort of risks the fund has taken to generate returns that are better than its peers. So, take a look at that.

I think that you need to look at the fundamentals of the fund as well. While past performance isn't particularly predictive according to all of our review of the data, one data point that is in fact quite predictive is simply the expense ratio that you pay for that mutual fund.

I reckon that this translates across borders, no matter where you're investing in the world. If you can reduce your investment costs, you have a better shot of having a better experience of finding your way to a better product.

We find expenses are really predictive. And it's counterintuitive, because we all live in a world where you get what you pay for, right?

If you spend more on a car, it's probably going to be a better car than if you really cheap out.

Douglas Goldstein: Let me just touch on something you said a minute ago, because I just want to clarify it.

I want to move on to questions about planning for retirement, but I'd like to understand something about the way Morningstar does the research. Don't you build into the qualifications or into the study, in the star rating of a fund?

Don't you build in the risk ratio? If there was a mutual fund that only had two stocks inside but did really well, it would not get a 5-star rating because it has such a high risk.

Christine Benz: That's a good point and very true; that the star rating does encompass risk.

The problem is that a fund may have risks embedded in its portfolio that haven't shown themselves yet.

Maybe a fund is taking some risky bets, and they've paid off tremendously well, but they may come home to roost at some later date.

That's why I'm saying it pays to look at that portfolio. Even though the risks may have not whacked a fund in the past, they may come up and hurt it in the future. So, take stock of what risks might lie within the portfolio.

Is There A Tendency With The Ratings?

Douglas Goldstein: Is there a tendency with the ratings? I'm presuming you've studied something like this to have kind of a reversion to the mean.

If there's a fund that was a 5-star fund for a couple of years, it's likely to be a 1- or 2-star fund following that. Do they eventually average out?

Christine Benz: We try to keep track of this, and oftentimes we see exactly that pattern. Sometimes a fund may be riding high for a few years, or even a decade or longer, and then it suddenly hits that market environment that is not favorable for its style.

We see their performance drop back to average, or even below average, for various periods of time.

That's one reason we always encourage investors to make sure that they have a nice long time horizon for whatever investment they're looking at.

If they’re using some sort of a managed product, understand that even really good managers have these periods where they look terribly out of step with the market, and may underperform their peers.

Douglas Goldstein: Christine, a lot of people, when they're planning for long-term growth, have the ongoing argument, which is, "Even if I buy 5-star funds, the mutual fund industry and money managers won’t be able to beat the index. They frequently, and in majority times, don't even beat the index."

Why would someone spend so much time doing the research on the mutual fund industry if these funds aren't even beating the index? Should investors look at mutual funds these days?

Christine Benz: One interesting trend that we've been monitoring has been a tremendous outflow from actively managed products.

So, mutual funds, where there's an active stock picker at the helm, and maybe he or she is flanked by a bunch of analysts who are doing qualitative bottom up research on companies or on bonds.

One thing we've seen is this tremendous outflow from these actively managed products toward products that simply track a given market benchmark.

Investors seem to be voting with their feet. When we look at the performance of the typical active fund, what we see is that the average active fund does not beat its index over time.

I don't think that rules out the possibility that an investor can select a good active fund that will outperform over long periods of time.

But investors are looking at the data, and they're quite compelled by the low costs of index products, as well as exchange traded funds.

We see investors making that swap away from active stock pickers and a little bit less so on the bond side.

We still see many investors casting their lots with active bond funds, but certainly on the equity side, dramatic outflow from active products.

Douglas Goldstein: Let's just talk for a second so that people understand the difference when you talk about the index fund and then you differentiate between it and an exchange-traded fund. What do you mean as the difference between the two?

The Difference Between An Index Fund And An Exchange-Traded Fund

Christine Benz: The key difference is that an index fund is like a traditional mutual fund, in that the prices of the securities are totaled up just once a day.

There is one price for that mutual fund per day and you can't trade it intraday.

If you wanted to get out of a fund at 2 p.m. you'd have to wait until the end of the day, until the all the prices of the portfolio were totaled up, to be able to determine at what price you would be selling.

And the ETF, or exchange-traded fund, allows for that intraday trading; prices are calculated throughout the day. That gives active traders a little bit more flexibility.

Both types of products have very low costs on their side. I typically tell long-term investors that an index mutual fund is going to do the job just as well as an ETF.

In part this is because individual investors shouldn't value that ability to trade intraday. That would probably mean that they are trading a little bit too much than might be good for their health or wealth.

Douglas Goldstein: I think people also have to realize that an ETF is a very broad term. It stands for exchange-traded fund. And although many ETFs simply track an index, it might just be the S&P 500 or the Dow Jones Industrial Average or any of the hundreds or thousands of other indices.

An exchange-traded fund could have some strategy inside, and there could be a management system inside that's not just following an index.

You really need to look at what you're buying and don't just say, "Oh, I buy ETFs because I'm an index investor." That's not necessarily a true statement.

Christine Benz: In fact, there's been an explosion of interest in the other type of index funds that you referenced, that track specific factors.

For example, maybe they’re looking to capitalize on the value effect or the momentum effect. So, index funds can be created quite differently from ETFs. And they're not all market capitalization weighted index trackers.

Douglas Goldstein: Yes. So, I guess the moral here is to look really closely what you're getting.

Douglas Goldstein: Christine, in the last few seconds, could you just tell people how can they follow you and follow your work?

Christine: My work is primarily on morningstar.com, and the website is, www.morningstar.com. I write a few columns, and we also do a lot of videos for the website. We focus specifically on the intersection between retirement portfolio planning and investment planning.

Douglas Goldstein: Christine Benz, thanks so much for taking the time. Looking forward to having you back soon.