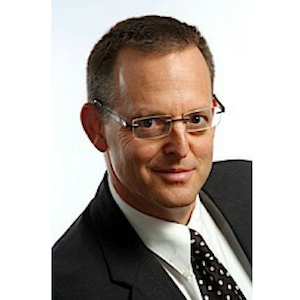 Cross-border investing means you have money in more than one country. How easily can you access your money and what are the tax implications for investing in different countries?

When an American citizen moves to Israel, or any other foreign country, there are many things they need to do keep their money accessible. What should international investors do to make sure their money is accessible even overseas? Tune in to find out!

Doug shares the microphone with Monte Silver, a licensed tax lawyer in the United States and Israel. Monte helps expatriates who want to minimize tax problems that arise with cross-border investments. Monte breaks down the issues international investors need to consider, and shares common misunderstandings of U.S. tax law. He explains why real estate investments have the most tax issues attached to them.

Advice for expats who keep their money in the United States

Doug’s 20 years of experience in dealing with Americans living abroad who have U.S. brokerage accounts, motivated him to create a checklist of smart tips U.S. expats (read: olim) need to know about international investing. He offers a list of tactics for international investors getting ready for their big move. Download the list here.

Free Download: Smart Tricks for Expats Who Keep Investments in the U.S.

Monte Silver can be contacted through Eitan, Mehulal, & Sadot Advocates & Patent Attorneys and on LinkedIn.

Note: Doug does not give tax advice. He’s a financial planner and an investment advisor. For tax advice consult a certified tax advisor.

Watch Monte Silver - What You Need to Know About Cross-Border Investing and Tax Issues on YouTube.

Monte Silver, an Israeli/American lawyer with an interest in taxation matters, talks about the challenges that Americans and non-Americans face with tax, as it pertains to their assets, real estate, stocks, and bonds.

Douglas Goldstein: I am very excited to be talking to Monte Silver, who is a lawyer in Israel and in the United States; he’s licensed in both countries. He specifically represents people on cross-border matters, and specifically even more, on U.S. taxation issues.

Monte, I’ll tell you what’s interesting about that. Like you, I am also a cross-border expert. I deal on the investment side, but I only deal in U.S. investments, even though I am also licensed in Israel.

Monte Silver: I represent people that have American tax issues. Those can be either American people living in Israel, or abroad; either in America, or elsewhere. Or it can be people who are not American, like Israelis, living in Israel. But all have U.S. tax matters.

Douglas Goldstein: What are some of the specific issues that people need to worry about when they have investments in the United States?

The tax world for non-Americans is pretty complex and important for people who are investing in America. I see a lot of this kind of people; I am sure you know quite a few, Doug, also. Non-American people - we’ll call them Israelis, but they could also be British or French – who invest in U.S. real estate, and who invest in stocks and bonds of a U.S. company.

The main issue is estate taxes. That means that any non-American person who invests in an ALC - if it’s real estate, or invests in stocks and bonds as an individual - is subject to state tax. They’re taxed at 20%, 30%, even up to 40% on the value of their investments if they pass away, owning those investments.

A big part of what I do is assist non-Americans – Israelis – who have significant investments in stocks and bonds and real estate in the United States.

How Are Non-Americans Dealing with Estate Tax?

Douglas Goldstein: Let’s just clarify that. So you’re saying that a non-American, let’s say an Israeli, or Brit, or French, who has real estate or stocks or a portfolio in the United States is potentially subject to estate tax? Which means that if he dies, everything above $60,000 is subject to U.S. estate tax. But are there things that he can do to avoid that tax, that are legal? I only want to deal with legal ways of doing things.

We’ll talk about real estate because a vast majority of the people I encounter own real estate, and they already own it. The problem with real estate, as opposed to securities, is you just can’t buy and sell, and buy and sell. It’s complicated. Short stocks are easily sold.

So what does an Israeli, or a French, or a Brit do, who owns real estate and wants to avoid the estate tax? They’re not going to sell it just to avoid estate tax; they may be young, they may think they’re not going to pass away tomorrow. So that is one area of solutions and problems that have to be addressed.

An easier solution, of course, is, if they haven’t bought it already, to try and optimize the solution, prospectively, before they buy the real estate. It’s always much easier to address these issues of estate tax before you purchase. That’s with real estate.

With stocks and bonds, any stock or bond of Google or IBM, or a SPDR that’s traded in America is also subjected to what you described, Doug – the estate tax above $60,000.

Here, I encounter people who are a bit older, and want to transfer things to their children. There’s a variety of ways that a person can avoid U.S. tax on the estate tax, legally, when they already own stock. Or, if they want to sell them, then re-purchase them, that’s another option.

Douglas Goldstein: I just want to clarify here on this. You said both stock and bonds. Doesn’t the IRS look at these differently for a non-U.S. resident?

To clarify, money held at the Bank of America is not subject to estate tax. Money held at Morgan Stanley or Fidelity is subject to a state tax. This is just an example of the very intricate issues and very fact-specific issues that one has to address when providing consulting services to a person.

Just two quick other wrinkles; of course an ole hadash, or a toshav chozer, a veteran Israeli who returns to Israel needs a variety of different treatments and different solutions.

Of course, if an American person is married to an Israeli, who’s a non-American third person, then there’s a whole slew of other considerations and planning alternatives that one has to take into account.

For many non-Americans, the brokerage firms who are familiar with this issue will set up an offshore mutual fund, which will protect you from the estate tax because they’re aware of this problem. It’s certainly something that people who are non-U.S. citizens, but have U.S. assets or U.S. brokerage accounts, should know to ask about. Because if they just went to some regular broker in the States, he might not be aware of this issue at all and could end up causing a lot of problems, either to you, or to your heirs, one day.

Monte Silver: Very true, and I’ll give you a sort of more local scenario. I publish quite a bit in Globes and other Israeli magazines. I published an article on the fact that an Israeli bank was sending out Israeli letters to their Israeli customers saying, “If you own stocks and bonds, we’re going to freeze your money upon your passing until you prove that you have paid your estate tax.” So a very large investment bank in Israel, maybe the second largest, calls me up and they ask me to come over. They say, “Wait, are you telling me that money markets and bonds are subject to estate tax? These people are investing hundreds of millions of dollars of client money, and they don’t even know.”

So it’s not a good idea, necessarily, to rely on a third party and to assume that they’re knowledgeable of what they’re doing, regarding your tax liability. One should not assume that.

Douglas Goldstein: Indeed. Never make assumptions when dealing with tax. You should always go to experts. Monte Silver, you are really an expert and you’ve given some us a lot of great information today. Unfortunately we’re just about out of time, but tell me in the last few seconds, how can people find you and learn more about the work you’re doing?

Monte Silver: A variety of ways, the easiest being to Google “Monte Silver,” and you’ll come across the Israeli law firm that I work at: Eitan, Mehulal & Sadot. It’s a reputable law firm and has been around for several decades. Or, in LinkedIn, you can find me there, and there’s just one search away to Google.

Douglas Goldstein: We will put links to that at the show notes of today’s show at GoldsteinonGelt.com. Monte Silver, thanks so much for taking the time.