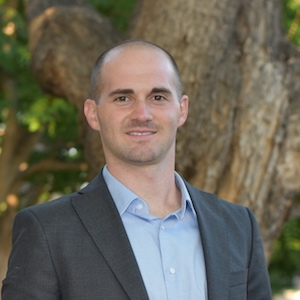 If you were born between 1982 and 2004 you can be considered a millennial investor. This is because millennials were born near, or came of age, during the 21st century.

Millennial investors are the largest generation in American history, and the most tech orientated. How does their reliance on technology affect their finances?

Unfortunately, millennial investors have a reputation for being disinterested in face to face meetings. So, how does a financial planner effectively communicate with them?

Stephen Rischall, one of Investopedia’s most influential 10 financial advisors, reveals his findings after working with millennial investors. Contrary to popular belief, millennials don’t hide behind text messaging and social media regarding their money decisions.

Stephen assures Doug that the investors he works with are very committed to maintaining a close relationship with their advisor. He shares observations about family financial planning and why he believes that the millennial generation’s relationship with technology can be a good thing for their portfolios.

Tune in to hear what you can learn from the “social media generation!”

What is the right way to discuss finances in your marriage?

Doug tells about a recent meeting he had with a couple that demonstrates a great example of family financial planning. He explains why the couple impressed him and which of their habits are good for others to emulate. If you are in need of advice on how to include your spouse in the family financial planning, then Doug has some tips and habits for you!

Watch Do Millennial Investors Take Their Money Seriously? on YouTube.

Stephen Rischall is an award-winning fiduciary financial advisor. He has been featured by the Wall Street Journal, Los Angeles Times and Investopedia. He speaks with Douglas Goldstein about millennial investors and the importance of teamwork.

Douglas Goldstein: I’m very excited to have on, The Goldstein on Gelt Show, Stephen Rischall. He’s an award-winning financial expert, and was recently ranked among the top 10 of the Investopedia 100 most influential financial advisors. When he’s not at work, he enjoys mountain biking, skiing, and snowboarding with his wife. Stephen, how are you doing today?

Stephen Rischall: I’m doing great. Thanks for having me, Doug.

Douglas Goldstein: You are a millennial and you’re kind of tech-oriented. You work with a lot of millennials. It may be just a different way of looking at things, but it seems to me that most millennials prefer to be on their phone rather than to be face to face. They prefer to do everything online as opposed to getting a more personalized service. How can you be an advisor to a group of people who would rather push buttons than work with people?

Stephen Rischall: That’s a great question. You make a good point there. About 30% of our clientele at 1080 Financial Group are millennials, and while it may seem that our generation is typically all over social media, we’re glued to our phones and doing text messages, I found that when it comes to making decisions about money, as much as you can research things online, you get inundated with a lot of misinformation, and financial decisions are very serious decisions.

As such, I find that millennials appreciate personal interaction. That may be a face-to-face meeting, and a lot of our millennials come into the office. They like to meet face to face, or grab some lunch, grab a beer, whatever it may be.

They would rather have a relationship with someone that knows their financial life and can help them make smart financial decisions that are in their best interest.

The Written Word Sometimes Doesn’t Get the Point Across

Douglas Goldstein: I’m totally on board with idea of avoiding an 800 number where you don’t know who’s on the other side of the line.

Often, when people try to communicate over texting or other digital means, they miss out the nuance. Someone might send me an email saying, “Dear Doug, I heard that mutual funds are risky, can you sell out my portfolio?”

I certainly can sell the portfolio, but the question then is, what do they mean? Is that an order to sell it all? Stephen, how do you deal with the fact that the written word sometimes doesn’t get the point across?

Stephen Rischall: It doesn’t. Verbal and visual cues, our body language, the emotions we show on our face, are all very important. You miss those things through a text message and an email. I agree with you 100%, Doug.

I’d say most of the communication that we have with clients via email or text message is more in relation to following up on an item, like, how’s the new job going? Or, “Hey, did you get that document in the mail?” It’s more transactional in a sense. Such communication is not necessarily the important financial decision-making conversation.

That said, we have many policies internally where, for example, any time a client says that they want to send money or make any changes to their portfolio, any big financial decisions that they’re trying to make, we will always follow that up with a phone call, or an in-person meeting. The text message and the email are only used to get a conversation started.

Douglas Goldstein: I’m okay with that one. I think a lot of times I see spouses or people who are dating, texting back and forth, and often they miscommunicate.

What is your experience working with couples? Do you find that husbands and wives usually take care of everything equally, or does one of them usually dominate?

Stephen Rischall: What I’ve come to find is when you’re dealing with a couple, or in the same sense with business partners, it’s important to focus on the relationship individually with each person, and then help to bring that bigger picture together.

I think as financial planners, that’s where we provide value, that’s our job. Because each party has different ways that they view things, different opinions, different feelings about any given decision, you have to respect one person’s view.

But you also have to keep everyone accountable, bring them to the table together so that we’re all working together for the big picture.

Working one on one, and then bringing them back together to focus on things as a team and collaborate, that’s the key.

Douglas Goldstein: Steve, let’s dive a little bit more into this concept of the difficulties that people have in planning their money together. When a couple comes in and they’re just not on the same page, what are some tips you can give them in order that they begin thinking with a common goal in mind about how they invest?

Stephen Rischall: One of the main things that can help with this is technology. Why not make it easy? Let’s make this simple so that we can make it fun to think about and make decisions about our finances.

What we don’t want is a negative connotation or a negative experience when it comes to financial decision-making.

A good example is oftentimes a couple that’s either recently married or maybe not married yet, but they want to get on the same financial page. Maybe they’re not ready to combine their accounts yet, so they haven’t gone to the bank and they haven’t fully combined all their financial accounts.

However, you can use different types of technology systems, for example what we make available to all our clients through the 1080 eMoney portal. There are also a lot of pre apps out there, I think mint.com has a good platform, and there are several others that can aggregate all your financial accounts.

Douglas Goldstein: That’s a good idea. My wife and I have been doing that for decades, and I learned that from my parents. When we got married, I started collecting receipts, and every time we would do an expense, I would enter it quick.

Then one day I realized that I was monopolizing this, because somehow, I felt that this was my job and what I knew about. So, I said, “Hey, let me show you how to use Quicken,” and then ultimately she became the one in the family to handle the budgeting.

She got more and more interested over time, and ultimately, she became a licensed investment advisor and is now the CFO of my company.

Do Men Do a Better Job?

And I think what’s interesting is that a lot of times people fall into similar stereotypes that their parents might have had in handling money, and they continue the same trend.

I have often found in dealing with younger couples in my financial planning practice that even to this day in our modern world, men still seem to take more control of the money than the women.

I’m wondering if this is just the legacy that they are bringing into their relationship from their parents, and I try to teach them about working together. Have you seen this as well?

Stephen Rischall: Yes. To some degree, you’re always going to have one spouse or one partner that tends to gravitate towards the financial management of the business, or the household.

What we always suggest is that it’s okay if one person is more comfortable and wants to take charge of that, but what’s not okay is that they take 100% control. Because if you’re sharing, it doesn’t make sense that there’s 100% control on one side of the spectrum.

But I’d say, and maybe it’s because I live in Los Angeles, and about three quarters of our clients are also from the greater Los Angeles area, I have found with younger couples, the ladies are stepping up to the plate and being far more responsible with the finances, far more interested in planning for the future.

In many cases, they’re the ones taking the more active role and managing the family finances, and logging in online to the 1080 money portal.

Douglas Goldstein: That is so interesting. I recently had Suze Orman on the show here, and she said exactly what you’re saying. She’s been doing this a lot longer than both of us, and she pointed out the same thing.

Again, we can try and attribute it to something, but the point is that, as you’re saying and she said, often the women are much more able to focus on the concept of family finance, where you are today, and where you are trying to go, so I guess it really is a team effort, and people must see it as a team effort if they want to become successful.

Stephen, you’ve been a great team mate here on The Goldstein on Gelt Show, but unfortunately, we’re just about out of time. In the last few seconds, tell me how people can follow you and follow your work.

Douglas Goldstein: Stephen Rischall, thanks so much for taking the time.

Stephen Rischall: Thanks for having me, Doug. Take care.