Do Long-Term Investors Need to Worry About the Economy? 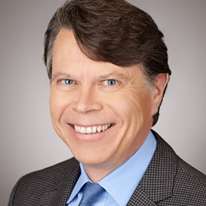 Many investors are concerned about the economy’s prognosis. Is there an investment that can withstand economic turmoil and provide returns for investors?

Exchange-Traded Funds (ETFs) are popular among investors and professionals. On today’s show, find out what ETFs are and learn:

Professor Donald J. Boudreaux of George Mason University explains why he is optimistic about the economy despite a nearly $20 trillion national deficit in the United States. He offers insight as to how increasing interest rates affect America’s ability to pay its bills. Listen also to what Professor Boudreaux has to say about Nobel Prize winner Paul Krugman’s economic views.

Donald Boudreaux, professor of economics at George Mason University, discusses the U.S. economy. Are the government’s efforts to improve the economy successful? Is there room for optimism?

Douglas Goldstein: Donald Boudreaux is a senior fellow with the F.A. Hayek Program for event study at George Mason University where he is a professor of economics and sometimes called the libertarian professor. He also writes extensively about Hayek at his blog, Café Hayek, and he now has his newest book out called the Essence of Hayek.

Donald Boudreaux: It depends on what the government does. Most of what the government actually does do in its attempts to make the economy better I believe make the economy worse. The government is a huge actor in most countries. They have a monopoly on the money supply and when it acts, in my view, it injects far more uncertainty into markets then would otherwise exist. I believe that’s why their current great recession has last as long as he did. I’m convinced that’s why the great depression in the 1930s lasted as long as it did. One of the benefits of free markets is that you decentralize decision making. You don’t have one big player like the government meddling in matters. With decentralized decision making, you get some people’s mistakes being offset by other people’s better decisions, better choices. With the government because it is so large, it can push everyone in one direction and unless that one direction happens to be the correct one, everyone has to go along in that direction. In most cases that direction I think is a bad one. There is no reason to think that government officials have particularly good knowledge about what the future holds and about how markets act and so I prefer to leave decision making up to individuals. I don’t like demand stimulus. I don’t like discretionary monetary policy. I think those make things worse over the long run.

Douglas Goldstein: One of the terms you used which a lot of people hear is that a great recession started several years ago. In fact it was around the time when President Obama came into office and yet people say “But wait a second” during that time when he took office, things were really crummy and quite frankly the stock market has recovered to all-time highs and if you look at a recent article by Paul Krugman, he pointed out that there’s been a large cumulative growth in private employment. So they are saying things are actually looking better now although it’s still a little frightening.

Are Things Getting Better?

Donald Boudreaux: The recession started eight or nine years ago. That’s a long time and it’s just now the economy in the U.S. is getting back to normal. The labor force participation rate in the U.S. is disturbingly low. I believe one reason for this is because of government intervention. You know it’s true, the stock market has recovered. One of the great things about the market in my view is how resilient it is. The government has to be really bad in order to destroy the market over the long run but that doesn’t mean that when the government acts in the short run and causes problems that these short run problems aren’t themselves significant. So I believe that the uncertainty that is unleashed by active government demand management policies and government discretionary control over the money supply cause more harm than good. Put differently, had the U.S. government not behaved as it did in 2008-2009, I believe that the great recession would have been much shorter and the condition of the economy today including the condition of the stock market would be better.

Douglas Goldstein: The term you used was resilient – that the market is resilient. I’m a financial advisor and I speak to interesting folks – but most of the time I’m talking with average people about investing for the future in their retirement and that kind of thing and you know we always tell them “Well be a long term investor.” So what you are saying to me actually sounds pretty good because you are saying that no matter who wins the next election or the one after that, overall the economy is going to keep growing and don’t worry about the four-year stints of whoever is in the white house. Just count on the fact that the economy will be resilient. Do you think that is actually true for a long term investor?

Donald Boudreaux: I actually am a long term optimist. I think the economy would be better both in the short run and long run if the government were more restrained in its activities, but because the market is so resilient and because it is now, the globalization genie is out of the bottle and I think this is a good thing. So now you have literally billions of people participating in one global economy and that’s a wonderful thing for humanity. This globalization reduces the ability of any government including one as enormous as the United States Government to mop things up as much as they otherwise would. So yes, I am a long term optimist. So what happens next to you, what happens four years from now, maybe up, maybe down but I have an 18-year-old son and I am pretty convinced that when my 18-year-old son is my age, I’m in my mid-50s, the world he lives in will be much more prosperous even than in this world we live in today.

Douglas Goldstein: I want to focus on probably one of the concerns that people talk about the most which is the U.S. debt which is pushing 20 trillion dollars. Some people say that’s just a fraction of it because of the unfunded future debt for things like Social Security. Shall we be afraid?

What about Government Debt?

Donald Boudreaux: Okay, if one thing scares me, if you would ask me, I think one thing that scares me most is government debt whether it’s formal or informal. The government feels an obligation, mostly for political reasons to honor these debts and the resources used to pay those debts have to come from somewhere. Those debts are enormous now in the United States. So as those come due, the government is going to have to take more and more resources from the private productive sector in order to pay off those debts. In the past people have worried about government debt, people who I respect and the fears have always proven to be overblown. I hope that’s the case for the current fears about government debt but it is the one topic, the one thing that is looming today in the economy that has me most frightened.

Douglas Goldstein: Let’s dive into this a little more because the Fed just raised rates a little bit and the plan, I guess is they are going to raise rates even a little more. How will the U.S. Government be able to continue to fund this debt if rates go up, you know, not just a quarter point but eventually a half and three quarters or one or two or three percent?

Donald Boudreaux: There are various scenarios and I certainly don’t know which one will play out. I mean one scenario, the optimistic scenario from my standpoint is if the government realizes what it really needs in order to pay off these debts, to service the debts. It really needs strong economic growth. So perhaps some sensible people will be in charge and they will dramatically lower tax rates. They will deregulate the economy in ways that I think would be productive and economic growth will bloom and that will enable the government to pay off these debts without too much problem. The pessimistic scenario is that in order to pay off the debts, governments do the opposite. They double down on regulating the economy and they increase tax rates. That only make things worse because it will diminish economic growth and the actual amount of revenue the government will collect from its increasing taxes and the people will fall.

So how it plays out is an open question. It’s a political question. History will tell us. The pessimistic scenario was certainly possible. In the past, the optimistic scenario has oftentimes played out. I am old enough to remember the 1970s and that was the era of malaise and I’m not sure why it happened but there was deregulation, tax rates were lowered and the economy boomed. That diminished the burden of governments more than debt obligations, much more than those burdens would have diminished had the tax rates been kept high and the economy not deregulated to the extent that it was.

Douglas Goldstein: Is there a direct correlation between decreased tax rates and I assume you are talking about personal income tax or corporate tax and the growth of the economy?

Donald Boudreaux: I’m talking about in the 80’s. The capital gains tax was reduced. Personal income taxes were reduced.

Douglas Goldstein: Why does Paul Krugman disagree with you on that?

Donald Boudreaux: Because Paul Krugman is a Keynesian. He is a proud Keynesian. Keynesians focus not on the supply side. Keynesians focus on the demand side;, all they see is demand. So if there is a problem in the economy, it must be because there’s insufficient demand and I see, instead, I see incentives operating on the individuals and so when taxes rise, I don’t care how much government or how quickly government spends the revenue from those increased tax rates, when tax rates rise, that discourages productive activity on the part of entrepreneurs. It discourages work effort. It discourages investors from taking risks that they otherwise would have taken and it’s those reductions in supplies, that reduction in productive activity and creative activity that damage the economy. There’s no amount of increased demand that can make up in my view for the reduced productivity that comes about as a result of higher taxes.

Douglas Goldstein: It is interesting to get the perspective that you are bringing up which is that there is a solution to the debt problem that the U.S. has and we don’t have to necessarily feel the whole thing has got to collapse in order for it to work out well. Is that a good optimistic way to close?

Donald Boudreaux: I blog at www.cafehayek.com and that’s pretty much it. I put almost everything I write up at the blog and I blog two or three times a day – sometimes along with my former colleague Russ Roberts.