Why Energy Efficiency Needs to be Important to You 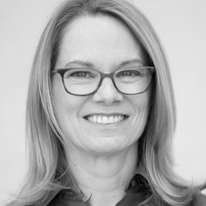 Is the recent market volatility a sign of hard times ahead?

It depends who you ask.

Some experts say the market’s recent decline is a buying opportunity, while other analysts see it as the beginning of a bigger decline. Doug analyzes the options and shares the opinions of analyst Andrew Roberts (Royal Bank of Scotland) and previous Goldstein on Gelt guest Kimberly Foss. How should their forecasts affect you and your investments?

Lynne Kiesling, associate professor at Northwestern University, explains how energy efficiency affects us all. Do politics govern energy policy, rather than scientific and economic considerations? What can the energy industry learn from the successful growth and development of digital technology?

Lynne Kiesling, associate professor of Instruction in Economics at Northwestern University, discusses how energy efficiency affects the economy. What can the energy industry learn from the growth and development of digital technology?

Douglas Goldstein: Lynne Kiesling is an Associate Professor of Instruction in Economics at Northwestern University. She does some fascinating research in the world of energy.

A lot of times people talk about the future of energy efficiency, which is a big part of what you study. Why does that matter?

Lynne Kiesling: It matters both because of technology and because of population growth. We, over the past say 50 years, have increasingly globally been consuming more energy in total. We should pay attention to energy efficiency on a per person basis or per dollar of economic value created. Take economic use divided by number of dollars in GDP. That means that those two measures of efficiency basically indicate we are getting the most value out of a given amount of energy. Since energy is in many ways scarce because we tend to overuse it. I study electricity to see how we can best generate without using non-renewable sources and sources that cause some concerns about pollution and greenhouse gases and geopolitical things. We should try to get the most value, again the most bang for your buck out of every unit of energy consumed. It is really important – so economically important and environmentally important.

Douglas Goldstein: As someone who is not an expert in the greenhouse effect, although I read about it in the press, I get the feeling when I read both sides of the equation that there is a lot of politics going on here and frankly not a lot of interest necessarily for the good of the people. So if you’re saying, “I want to have more efficiency in one area or another,” it seems that there are a lot of technologies which are just being ignored instead of actually being developed.

Lynne Kiesling: One of the aspects that I get concerned about when I look at policies in the U.S. and internationally is the effect of the politicization of the issue on science and what does this do to our quest for truth, if you will. And one thing that I would argue for and that I do argue for in my own work is that having low barriers to innovation and allowing for a lot of experimentation and questioning and testing in energy technologies is likely to set us up to best be able to deal with whatever the effects are going to be of changes in greenhouse gases, global warming and climate change.

Douglas Goldstein: It sounds very ideal. It would be great if we could have a low barrier to entry and lots of entrepreneurs could come up with new ideas. But what seems to happen is that the politicians come in and either they support – let’s say a solar energy plant costing half a billion dollars and they get a lot of bad press about it, or they are using some of that money for whatever their pet project is in addition to funding the solar energy project. It seems like your idea is an ideal – but we are moving exactly in the opposite direction. Is there any hope?

Is There Any Hope for the Future?

Lynne Kiesling: In some ways, I think there is. But in other ways there isn’t. I take a lot of inspiration both in terms of formulating the ideas for a future in energy markets that is very decentralized and where both consumers and producers have a lot of ability to experiment and search and create new technologies and experiment with new technologies. But personally, you know, in terms of personal interest in the issues, I take a lot of inspiration from what we’ve achieved with digital technology. The model, digital technology, and the internet allows us to think about different ways to structure and organize business models and regulatory models even in an industry like electricity. There are different ways that we can arrange our business models and regulatory models to induce people to experiment with the kind of technologies that can simultaneously be both cleaner and allow for a prosperous, thriving economy.

Douglas Goldstein: You mentioned something that really struck a chord and you made a comparison between energy, or in particular electricity, and digital technology that seems so different when you sign up with your local utility company. You don’t have a choice. There is only one company who installed the wires there unlike with digital technology where it’s all around. How do you make that comparison?

Lynne Kiesling: It’s true that when you think about it physically, there is one set of distribution wires and if you think about it physically, when you think about electricity it is a flow of electrons. But one of the things that I think we’ve learned from the internet is to think about the network as a platform. The physical network of wires – there is an analogue in the internet which is the wires there that create the physical platform of the internet and with all the digital innovations, we’ve seen is that we can have these technology layers on top of that like one next layer up is going to be the TCPIP protocol. That’s what enables devices to talk to each other using a shared interface, a common understanding of what the data mean on both sides of the communication. Then you build applications on top of that and so on and so on and so on and the next thing you know you’ve got Snap Chat and Instagram.

Douglas Goldstein: You are describing the digital side, which I buy into 100%. How does that apply to electricity then?

Lynne Kiesling: So how does that apply to electricity? Let me put it in a little bit of context first, at least here in the U.S. One of the issues that is in pretty heavy discussion among regulators and utilities is something called grid defection. The digital smart grid technologies enable us to automate and manage the electric grid better and distributed energy resources like rooftop solar panels, things like that. The more prevalent those are, the more widespread they become and the easier they are to install and the cheaper they are for end user customers. The concern is that more people are just going to rely on their own distributed generation and they’ll just go off grid and the utilities have all of these sunk investments in the wires network. So they are concerned that their customers are going to leave and they’re going to be stuck in terms of the wire’s capital cost.

My argument is that if we instead think in terms of a business model where the utilities see its wires as a platform for enabling interaction and enabling transactions and in particular enabling the connection of different customers around the edge of the distribution network, then that wires network is going to continue to have value. You can enable those people who have those distributed generation resources to buy and sell energy from each other.

Douglas Goldstein: It sounds nice that it smooths out that way but it’s not necessarily the experience we’ve had – for example, with the phone companies. They had lots of costs and they use expensive copper wires and all of a sudden the government came in and started regulating the industry. They couldn’t make money and then the internet came along and said “Hey we want to use those wires and not pay.”

Lynne Kiesling: I agree with you and I think you are right. I’m kind of putting a theoretical stake in the ground and saying, “Here is a business model. Here is a regulatory mode that involves very light handed regulation but can enable all of these people around the edge of the distribution network to create value and create value for themselves and for each other by connecting them through exchange on this physical wires platform and then building a market platform on top of it. So one way to think of it, and I’m not the first person to say this, is to think of this as an Airbnb for electricity or Uber for electricity.

Lynne Kiesling: I follow this industry constantly. I have a blog where my colleague, Mike Gimberson and I write an occasional post. It’s called Knowledge Problem and it’s at www.knowledgeproblem.com. I also am on Twitter as @knowledgeprob and then I have my own website, which is www.lynnekiesling.com and those are probably the best places to keep up with what I’m thinking about.