Don’t Be Fooled By Investment Schemes! 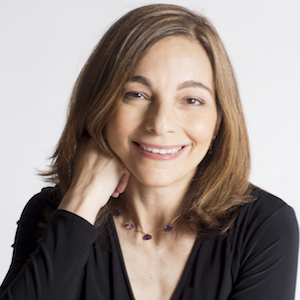 Have you been approached by a “too good to be true” offer or other investment scheme?

Many people are tricked by questionable investment offers. What’s the biggest mistake these people make? They don’t read the fine print.

Doug stresses the importance of understanding all your investments before making a financial decision. He suggests consulting a professional money manager or a trusted advisor who understands money and your own financial situation. Financial predators rely on the fact that people frequently make rash decisions in an effort to grow their money. Avoid the dark side of the investment world and promises of super high returns.

Doug welcomes Helaine Olen, the co-author of The Index Card: Why Personal Finance Doesn’t Have to Be Complicated to discuss her book. Helaine tells Doug the story about “the index card” and how it inspired her and her co-author, Harold Pollack. Would you believe that everything you need to know about personal finance can be written on an index card? She explains how personal finance has changed over time and how the index card method can get investors back on track.

Watch Don’t Be Fooled By Investment Schemes! on YouTube.

Helaine Olen, author of The Index Card, believes that personal finance shouldn’t be a complicated subject. She also shares some tips on saving and paying down debts.

Douglas Goldstein: I'm very happy to have on, The Goldstein on Gelt Show, Helaine Olen who wrote a book called The Index Card. Thesubtitle is even more interesting for us. It's called "Why Personal Finance Doesn't Have To Be Complicated." Helaine, explain the title.

Helaine Olen: The title comes from my co-writer, Harold Pollock, who interviewed me about my book Pound Foolish, exposing the dark side of the personal finance industry a few years ago.

During the interview, he said to me something along the lines of, "The personal finance industry is making a mint because they're making this all very complicated, and in fact, the basic facts of personal finance can be put on an index card."

Harold and I thought that was very funny and laughed for a moment and went on with our interview.

What we didn't realize is that people who were listening to the blog cast took Harold's statement quite seriously and began writing him, asking for the index card.

After several people did this, Harold finally decided to make an index card, "This is the problem right? There was no index card; make one."

Without really thinking much about it, he writes down some ideas from our interviews and some ideas of his own, puts them on this index card, shoves it up on his blog, and goes to bed and doesn't think about it.

The next thing is that the index card has gone viral and people are passing it around and asking about it, so we decided to finally write a book on it, and that's the origin of the title, "The Index Card."

Douglas Goldstein: What would you say is the number one thing that would be at the top of the index card to decomplicate and simplify personal finance?

How to Simplify Your Personal Finance

Helaine Olen: You want to first save money and second pay down debt, and third would be to simplify your investment life.

Fourth would be to protect your life with insurance. When we say “insurance,” we mean both individual insurance, whether it's homeowner’s, or healthcare like in the United States.

On the bigger picture, supporting government programs, and that's a huge point for us, because the fact is most people can’t do it totally on their own, despite the fact that they think they can and we go on quite a bit about that in the book.

Douglas Goldstein: This sounds simple enough and certainly something you can write on an index card, but why is it that people have so much trouble with, let’s say, saving money?

Why Do People Have Trouble Saving Money?

Helaine Olen: In the United States, one of the main issues we have here, and I think Israel's got similar issues to an extent, is that money does not keep up with the cost of living.

I certainly can't speak for Israel, but in the United States the medium household still isn't earning, adjusted for inflation, what they earned in 2000.

At the same time, the cost of health care, education, housing, and the like have gone up at rates well in excess of inflation, so people have a real problem with saving money.

It's a basic math problem. You can only make money go so far. You can then compound it by the fact that we go through these things where we like to think that our grandparents were incredibly virtuous, and they lived these frugal lives and weren’t a bunch of spendthrifts.

The fact of the matter is that your grandparents, or great-grandparents if you are a millennial, didn't have the resources. They ran out of money, and that was that.

We have things like credit cards, and that gives us the ability to meet these costs. Unfortunately, there's a lot of evidence to show that when you use these things, like credit cards or other virtual payment plans which are more common now, you're going to spend more money.

So it feeds on itself. We part with cash and it's much harder for us to part with cash than it is to swipe out a credit card or hand over the phone, and it seems to be a physical thing almost.

Douglas Goldstein: So, it's a question of self-discipline?

If you don't have enough money to save, you're not going to save it.

That's the first part of the issue. Secondly, we live in societies where it's not just self-discipline because you’re asking people to basically trump over what is preached to them all the time, which is to spend money.

It's very hard to do that as an individual. It's always going to seem easier to pull out a credit card.

That's why, in fact, if somebody tells me they want to save money, the first thing I tell them is, "Stop walking around with a credit card. Don't have anything automatic; use cash," which goes counter-intuitive to the way we're all increasingly living.

Douglas Goldstein: We’ve talked about some very simple things that people should do, from saving money and paying down debts, to simplifying their investments and protecting themselves with insurance.

Let's talk a little bit about that. What sort of protection are people missing the most?

Apart From Insurance, What Other Protection Are People Missing Out on?

Helaine Olen: Well, most people now have healthcare insurance in the United States, but people tend to be under-insured, which is a huge issue.

Deductibles are going up enormously here, so that's a big problem. Secondly, people are often neglecting things like disability insurance and life insurance, and these things exist for a reason.

Conversely, you'll see people being over-insured in some areas and car insurance is a particular issue where people will often have much lower deductibles than they need, because the chances are you're not going to get into that car accident, and you really don't need that lower deductible.

Douglas Goldstein: I see. So they're not buying the right insurance even though you think they do need some insurance to cover certain eventualities?

Helaine Olen: Well, you're not allowed to drive without car insurance, so they generally have it but it's too expensive.

They're getting too much and conversely with health insurance, we're often under-insured. Some of that is an affordability problem.

You can't necessarily get a lower deductible, or if you can, you can't afford it. Again, I want to emphasize really strongly that this is not a blame the victim thing; this is a blame the society piece here.

Douglas Goldstein: Well, one of the things you said, which I thought made a lot of sense, was that you encouraged people to cut up their credit cards because that drags them into the mire of debt. That seems like a good idea.

Douglas Goldstein: It allows them to take control of their money, no?

Should You Cut Up Your Credit Cards?

Helaine Olen: I don't want to sound like I preach this for everybody; I don't. If you feel you aren't saving enough money, if you feel you're a little out of control with your spending, it's an easy first step to take to see what you would be spending without it.

I don't do that myself, so I'm certainly not preaching everybody should do that.

This is a big point I made in my book Pound Foolish. You get a lot of personal finance people routinely advocating stuff they don't do on their own.

It's hilarious, and you shouldn't do that. You shouldn’t advocate advice you won't follow yourself. I feel very strongly about this.

Douglas Goldstein: Many people have credit cards. I think the issue is that when it's too easy to spend money and there's too much temptation, and you actually can do it, that's where the problem arises. Needless to say, people are looking all the way up to the government to see how to do it.

Helaine Olen: Again, the problem arises from the fact that most people don't have enough. That's the first start of the problem.

I always like to go back and point out that in the United States, the savings rate was 10% in 1980 and then it fell dramatically to six, and it's actually gone back up in the past few years; but one point around 2006, 2007 it was close to zero and part of this, is that people simply didn't have the money.

The other part is that people at that time were being told, "Well, you know your stocks are going up and your houses are going up. You don't need to save money," which is now dismissed as a myth.

It’s not a myth at all and in fact, people were told that this was a form of savings.

Douglas Goldstein: Interesting. All right, people definitely need to learn a lot about managing their money, and one of the great ways to do it is to read the index card. Helaine, we're just about out of time but in the last few seconds, tell me, how can people follow you and follow your work?

Helaine Olen: I'm on Twitter @helaineolen is probably the best place to go. I don't keep my website updated these days.

I'm also writing once a month for The Nation, and I write for some other places as well, in ink.

Douglas Goldstein: Very nice. Helaine Olen, thanks so much for taking the time.