Can Math Make You a More Successful Investor? 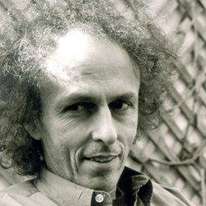 Does being a successful investor influence your retirement age? Find out about the advantages and disadvantages of early and late retirement. Learn about claiming Social Security and the connection between Social Security payments and Bituach Leumi (Israeli National Insurance) pensions.

Is there a simple mathematical formula to guide you towards the right decision on when to retire or how to invest for success? Today Doug speaks with mathematician Professor John Allen Paulos of Temple University, author of A Mathematician Plays the Stock Market, about stock market strategies. Which formulas and strategies work, and which ones are just wishful thinking? Can using mathematical formulas help you become a successful investor?


Watch A Mathematician Plays the Stock Market on YouTube.

John Allen Paulos, professor of mathematics at Temple University, discusses whether mathematical theories can be applied to investing. Do these theories really work, and can you make money by investing in the stock market?

Douglas Goldstein: John Allen Paulos is a mathematics professor from Temple University in Philadelphia. He has written a number of books, and one of them is called A Mathematician Plays the Stock Market.

So John, are you a fantastic stock market investor?

John Allen Paulos: I’m not sure there is such an entity, but I generally invest in broad-based index funds and I don’t really think you can beat the market unless you can front-run and have all kinds of contacts and so on.

Is Investing Just a Numbers Game?

Douglas Goldstein: But there are a lot of smart guys like you who are mathematicians. Do you think that this is really just a numbers game? Why can’t they really look deep into the numbers and find some answers?

John Allen Paulos: People claim to be able to do so. There’s technical analysis with all kinds of terms, such as “head and shoulders” and “floors and ceilings,” and so on. A fundamental analyst can look at profit and loss and all kinds of other qualities that characterize a company. Can you make money using those techniques? The answer of course is “yes.” But the real question is if you can make more money using those techniques than investing in broad-based index funds, and there it’s not so clear. Perhaps, if you devote your life to it, yes, and have all kinds of help with computers and contacts and whatever.

Douglas Goldstein: I certainly think a lot of people have devoted their life to it and they’ve tried many tactics. In fact, when I was younger, when I was still in high school, my brothers, who are both today engineers, and I decided we were going to figure out the system. This was back in the day when our fast computer was an Apple 2 Plus, and so we went to the library, which for those of you who are younger, is like a big building where you get a lot of data. We looked on microfiche (again for those of you who don’t know, it’s like looking at pages of numbers in old newspapers), just to get the closing stock quotes of the Dow Jones for a couple of years. That was our database, and then we ran formulas and ultimately we found that we were right a little more than half the time, which we thought was all we needed to make money. Then of course we discovered we were suffering from what’s known as a data leak, which is that our formula was actually taking into account the fact that we knew what was going to happen. But smarter guys than us, I’d like to think, would be able to find certain patterns that would repeat themselves, which is really what the technical guys say. Why do you think that’s not true?

John Allen Paulos: If it were true, not only technical analysts, but everybody in general would cotton onto it and arbitrage whatever small advantages there were or there might be. In fact that’s true for any kind of insight or whatever. If you invest on the second Tuesday in January, or you wait for oil to do this and then you go big, it might work, but then next time it’s going to work far less well and people will arbitrage you as I say. I mean the market is in gross terms efficient, and new information is reflected more or less quickly in the start, but it’s only grossly efficient. I mean cognitive variables come in, behavioral finance, confirmation bias, and all kinds of variables to which we are all subject, but on the whole, it’s efficient.

There is an interesting paradox regarding the efficient market, and that is that the market is efficient to the extent that people believe it is. If people believe it’s not efficient, they’ll scramble around. They’ll look for every possible advantage, like you and your brothers did, and by doing so, bring about efficiency, whereas if people do think it’s efficient, they’ll let their assets languish and the market will gradually grow inefficient. So, again, the market is efficient to the extent that most people believe it’s inefficient, but it’s broadly efficient with lots of deviations from efficiency. Then, you also have to worry about fat tails and black swans, so even if people expect the value to be reasonable or to win let’s say most of the time, very rare, horrible results will wipe that out. So the expected value might be negative even if in most years you do very, very well.

How Well Do Theories Work and Stocks Perform?

Douglas Goldstein: One of the things you said that really caught my attention was that some people say if you buy on the second Tuesday in January or buy in the winter and sell in the summer, a lot of these theories seem to be reasonable when you back-test them. Of course, I’m the first guy to tell you that past performance is no guarantee of future returns, but it does seem that there is something to these theories, and there are many that we can go through. Am I missing something, is it just random that these theories seem to work on average over the years?

John Allen Paulos: If you look at stock funds, I mean the ones that are featured on the front page of business magazines and newspapers, as being performing in a stellar manner in 2015 or 2014, they are just as likely to perform below average or even horribly the following year despite the exorbitant salaries that managers of stock funds generally receive. It’s like the Sports Illustrated cover jinx. You’re right about people who do well in this or that sport. The next month or next year they’re likely to do less well and regress to the mean. But in a way, it’s kind of a scandal. Highly paid fund managers don’t really, in the long run, do better than chance. I mean people focus on when they do well, but they neglect to look at them when they’re not doing so well. It’s just like the cover jinx on the Sports Illustrated. The analog of what I’m talking about would be the back cover and the player that did horribly.

Douglas Goldstein: Is this a similar concept to what people refer to as the black swan?

John Allen Paulos: A black swan is a very unusual, generally negative, result and people don’t take account of it, but it’s just not that. I mean just regular white swans vary a little bit and stock managers don’t generally do better. They make money because whether the market goes up or down, they’re going to make money. There are lots of scams that are based on that. I don’t think we have time to go through them, but if you make money whether the price goes up or down, in a way you don’t really care. And there’s confirmation bias. I mean you talk about technical analysis, so why don’t people give it more credence? One reason is that random returns are hard to recognize as random. Random doesn’t generally look random.

One thing I do in my class is have half the class go home and flip a coin 100 times and record the sequence of heads and tails, and the other half just makes up a 100-symbol sequence of heads and tails the way they think a coin would behave. And with the latter group, I can always tell who they are when they hand in their papers the next day, because they don’t leave in enough runs of heads and enough runs of tails. The frequencies of runs is far below what it should be and the total number of heads versus the total number of tails goes back and forth. Of course, heads is ahead, at first part of the time, and then tails. But that’s not what happens. There’s a so-called ArcSight Log that shows that there’s an equal chance of whether heads or tails will dominate in this 100-symbol sequence. But whichever does, it will probably dominate the whole time. In other words, more heads at any given time have resulted than tails or more tails at any given time will have resulted than heads. There are a lot of other behaviors of random sequences that again don’t look random, so people don’t have a good yardstick and as a result they think things work when they really don’t, in addition to cognitive variables like confirmation bias and status quo bias and so on.

Douglas Goldstein: One of the things that I think a lot of people would ask after listening to your quite frankly rather pessimistic view of money managers is that if you can’t really get benefit, should you be investing in the stock market at all? What do you think?

John Allen Paulos: I think yes, by and large. I mean, historically, for lots of reasons, such as population, demographics, technology, and improvement, the stock market goes up. I’m not saying don’t invest in the stock market, but as I say, a broad-based index fund generally goes up. They have broad-based, low fees, and you are not taking that much of a risk. But what that entails, however, is giving up this romantic illusion that you’re a kind of gunslinger who will go and really clean up. You won’t. You are resigning yourself to doing as well as the market does and overall, present appearances perhaps not so confirming, overall the market goes up and you’ll benefit. But as I say, you’ll have to give up the illusion of being smarter than everybody else.

Douglas Goldstein: Tell us about your new book and how people can follow you and follow the work that you are doing.

John Allen Paulos: A Numerate Lifeis my latest book. It’s partly personal, partly mathematic. I use incidents from my life as jumping off points to discuss mathematical notions that help us analyze all our lives, not just mine. I think it’s pretty good, by the way, and it’s available from Amazon. You can follow me on Twitter @JohnAllenPaulos, and my webpage is also http://johnallenpaulos.com