Beware of the Bond Market Bubble! 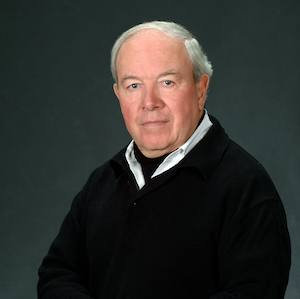 Bob Hoye, chief financial strategist of Institutional Advisors, warns that the bond market bubble is in danger of bursting.

He explains what happening in the bond market right now that is causing a bubble, as well as, how investors can avoid the inevitable bubble burst.

Bob’s background in the mining industry and investing gives him a keen understanding of the commodities and their relationship with the market.

Listen to learn what type of bonds retirees should buy in light of this situation.

Should you invest internationally?

Doug explores what is happening in the global markets. Many foreign countries are experiencing economic growth. Are these emerging markets great assets for investment portfolios?

Join Doug to hear more about this intriguing investment option.

Watch Beware of the Bond Market Bubble! on YouTube.

Bob Hoye, chief investment strategist, talks about the current market bubble. What type of bonds should retirees buy in light of this situation?

Douglas Goldstein: I’m very excited to have on, The Goldstein on Gelt Show, Bob Hoye. He is the chief investment strategist at institutionaladvisors.com .

One of the things that Bob has looked for, many times in the past - and we're going to talk specifically about today - is when the market is blowing up like a bubble and perhaps getting ready to burst.

Bob, I got to ask you this, there's a lot of talk about the market being a bubble today. Is that just talk or should we not worry about it so much?

Is the Market in a Bubble Today?

Bob Hoye: Yes, there is a real financial bubble and its features include reckless buying. The authorities, such as the central bankers, may try and talk wise but they're really part of the bubble.

They don't want to see this end and there’s a time feature. Well, there's two features in a financial mania.

One is the intensity of speculation, and we have some technical tools, research that has been proven over the last 20 years to be very good in these rare circumstances.

And we are getting signals which relate to momentum, and that's how fast the markets are going up.

And then the other, it relates to pattern, to what the ups and downs recently are doing. Let’s use the term “Ending action”, and as to when it will end.

Where we're talking now, we've got lots of room here because we had a target where we had a good buy signal in early November, November 3 rd, and the markets were down then.

There was confusion about the American election, and then we had another buy signal in April.

Now this is getting close to the season when highly excited markets can conclude, and that season is around June.

Douglas Goldstein: And you say this season. There's a phrase that people often talk about on Wall Street. “Sell in May and go away.”

Bob Hoye: That is the old saying and where it works is when you have really excited trading going on.

Douglas Goldstein: I want to get it definitely. When you say excited trading, do you mean that there's more volume?

More people are buying and selling, or are you talking about the man in the street who’s now feeling like he's missing the boat, so he’d better start buying stocks?

Bob Hoye: The latter. Yes, the public hasn't really participated in the U.S. market for some time. Probably not since 2007, which was a major high.

Douglas Goldstein: You mean participate as individual stock buyers? I thought people were putting billions of dollars into mutual funds and index funds.

Bob Hoye: They have been, but this is very intense speculation, and as I said, we have some tactical ways that have been reliable.

Maybe, Doug, we could put it this way. There are technical signals we're getting now. You only see at or near stock market highs, cyclical highs. Now here's another one…

Douglas Goldstein: Before we go to the next one, let me just understand. They were near a cyclical high. It actually makes it sound like we're in a high and it's cyclical.

Maybe it'll go down, but then it comes back up again. For people who are long-term investors, can they not worry about it?

Should Long-Term Investors Worry about This Bubble?

Bob Hoye: No. Not this one. There's a number of traps out there. There's speculation.

The stock market gets most of the attention in an integratable market. All the media get onto it and everything else, but beside that, an even a bigger market is the bond market. From shorter maturities up to longer maturities on high-grade bonds, and then also for low-grade bonds.

Douglas Goldstein: Just to clarify, the people who normally would buy bonds would be people who were looking for more safety than the stock market, and because they've been buying these bonds, that's been pushing the price up presumably, and now it's tapped out? You're warning us?

Bob Hoye: Yes. It has been an aggregate.

The biggest bond bubble in history and in Europe; it wasn't just investors buying the market.

You had the major central bankers buying the European bond market extremely aggressively. You've never ever had in all of the history of interest rates, interest rates down to zero and in some cases at minus.

You look at it and say, “It was the Euro central bank policy and that's what they were using.”

Douglas Goldstein: Let me clarify this a little bit more.

We see a lot of people. Obviously if the price of bonds has been going up, there have been a lot of buyers.

Let me clarify, if people are buying bonds and pushing, and I'm talking about normal people, you've got a retiree and he doesn't want to be in the stock market anymore for any number of reasons. He's got to put his money somewhere.

He says, “I'm going to buy some bonds and I'm going to collect the interest, and the bond values will go up and down.”

Is that the guy who has to worry if he's going to hold the bonds to maturity?

Why Should the Retiree Who Wants to Buy Bonds Worry?

Bob Hoye: Yes. What can one do, particularly now that the corporate bonds in Europe and in North America have been exceptionally low?

Bond prices are exceptionally high, and what can happen here is that it's not going to be a policy move to raise interest rates that would break the market.

As you know, interest has to be paid. Bonds have to be redeemed, and it won't nor will it be a sudden big burst of inflation as commodities soar.

It’s quite likely the discovery that the people who have been borrowing the money do not have the ability to repay it.

Douglas Goldstein: It seems that the rating agencies, we're talking about reasonable rated bonds that you're buying, let's say from corporations, let alone from governments.

They have a business, and they’re selling products, and there certainly are areas in the economy that are growing, and earnings are growing.

You would think that these companies, I’m not talking about the stocks, but at least they would be able to pay back a loan that they make over the next couple of years.

I’m focusing on shorter term corporate bonds. I'm wondering if people have to worry that these major companies that they're buying bonds from are simply going to default on the bonds.

Bob Hoye: There are two ways of looking at it, Doug.

One is term risk. If you're too far out, you're holding 20-year-bonds, the price can vary all over the place in the next few years.

And the other is, if you're into lower grade bonds of course, it can have a financial problem, but the problem is that when you get into a highly speculative market, the change to a contraction can take a few months.

But in looking backwards, it’s happened pretty quickly. The amount of bonds outstanding are, I would suggest, way more than any corporation or the economy can service, and that's if you have a firm and steady economy.

But when you go into a financial crisis, the economy contracts as well, and then as you mentioned, you've got the debt.

Credit rating agencies, of course, can sometimes be behind the markets like in 2008.

Douglas Goldstein: I’m hoping they learn something from their mistakes.

Maybe they’ll be a little bit more careful about how they rate things now because they don't want to be proven the fool again, by giving a bond a too-good rating, and then it turns out that there's nothing behind it.

Bob, we're nearly done, but I want to leave people with a takeaway.

Let's say we've got a lot of people who are nearing retirement or retired, listening to the show, and they're looking for a place to put their money that's going to give them some income because the banks pay zero.

What's the option that someone like this should consider? Obviously, I know you're not giving individual investment advice, but we're just here for an educational discussion.

What Type of Bonds Should People Looking to Retire Invest In?

Bob Hoye: On a term, you can buy investment-grade corporate bonds, but instead of being out 20 years, where you can have great term risks, you can come in and buy a three-to-four-year good grade and investment-grade bond.

While the price can fluctuate somewhat, it won't be a huge fluctuation as you get in the longer maturity. Our ideal would be a good-grade, investment-grade, corporate bond, three to four years in maturity, and where possible we would buy the American bonds because there's a probability that the U.S. dollar being the senior currency could go up relative to most currencies.

You would then get security; you'd get some income and you've minimized your risk, and plus there could be a bonus from the appreciation of the U.S. dollar.

I think it's a nice place to write that.

Douglas Goldstein: That gives us a great place to start.

I know that there’s a lot more information, Bob, that you share with people. In the last few seconds, tell us how people can follow you and follow your work?

Bob Hoye: The website is institutionaladvisors.com . I’ve discovered, to my amazement, if you just Google my name, it all comes up, just like that.

Douglas Goldstein: Amazing. It was a real pleasure talking. Thank you very much, Bob Hoye, for taking the time for us today.