What is the Best Way to Transfer Your U.S. Brokerage Account? 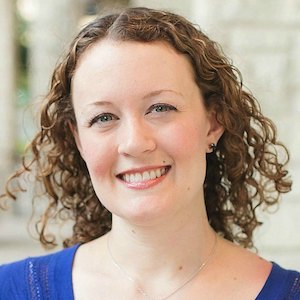 Has the firm holding your U.S. brokerage account asked you to transfer your assets out because you no longer have an American address?

Doug shares an experience he had when he helped an American living in Israel with their U.S. brokerage account. There are certain issues investor needs to know before moving their U.S. based assets.

When that dreaded letter comes in the mail, Doug has insights on how to find a brokerage firm that will hold your account, even if you live overseas.

What do Gen X and Y want from a financial planner?

Katie Brewer, CFP ® and president of Your Richest Life, discusses the differences between investors from Generation X and Y and more traditional investors (retirees). Gen X and Y haven’t yet retired, so why should they meet with a financial planner? Kate talks about how couples can juggle their various financial concerns, and gives tips on how to overcome having uncomfortable financial discussions with your spouse.

To learn more about Your Richest Life Planning, check out Katie’s website yrlplanning.com or find her on Twitter @katieyrl.

To learn more about investing and finances in general, visit Profile-Financial.com. If you’re not already receiving updates on new episodes, sign up now, and as a special bonus, receive Doug’s free ebook The Retirement Planning Book.

Watch What do Gen X and Y want from a financial planner? on YouTube.

What are some of the issues that Generation X and Y grapple with? How can spouses better discuss financial matters in marriage? Katie Brewer, CFP®, and Douglas Goldstein, CFP®, discuss these issues at length.

Douglas Goldstein: I’m very excited to have on, The Goldstein on Gelt Show, Katie Brewer who is a Certified Financial Planner.TM She specializes in working with the Gen X, Gen Y people, and she’s the president of “Your Richest Life”. Katie, is this your richest life?

Katie Brewer: This is.

Douglas Goldstein: You focus on the Gen X space. In my day job as a financial advisor, I tend not to see as much of the Gen X space, because I work with people who are a little bit older.

They’re either retired or soon to be retired. What are some of the issues that Gen X people confront on a daily basis?

What Issues Do Gen X Grapple With?

Katie Brewer: For the most part, a lot of times people are juggling the aspect of being in their 30s or 40s.

They might be getting married, having kids, trying to move houses and then trying to juggle all of that with retirement planning, college planning, and having emergency savings.

A lot of times, what I help people do is sort through all the clutter, sort through the internet, which gives them great ideas but doesn’t necessarily tell them if it’s relevant to their situation, and just cut through all that to come up with a nice clean plan of what we should be doing.

Douglas Goldstein: I accept that, but I think everyone’s juggling.

How do you help people prioritize what’s important instead of them getting mired in the weeds of finances?

Katie Brewer: What’s funny is a lot of times, it’s just listing out what goals are, and then going back and figuring them out, especially if somebody is married.

Sometimes it’s more important for people to be paying for private school for their children, but they want to juggle that with retirement planning.

Right now, maybe they’re not doing either one, so we figure out how to make that happen.

Douglas Goldstein: Are you a big proponent of trying to get out of debt, like pay all your debts off first before you start investing?

Should You Pay All Your Debts First Before You Start To Invest?

Katie Brewer: It depends. There are people who believe that you need to get rid of every single one of your debts beforehand. I feel like if you’ve gotten credit card debt that you’re working on or, if you went through a divorce or something like that, and you’ve gotten to where you’re a little bit under water, it makes sense to get back to even and then start putting money away.

I see people who have big student loans, because they might have gone to do a master’s degree, or gone to medical school, and sometimes with that it doesn’t make sense to wait, because the IRS here in the United States doesn’t let you go backwards and fund $18,000 in your 401k for two years ago.

They only let you do it in that year that you’re in. As most financial planners say, “It depends.”

Douglas Goldstein: Yes. We are big on depending. It really does make a difference and not only that but one of the things that bugs me is people will often say, “They should always just go to a robo advisor; just buy an S&P 500 fund.” Then I say, “How do you say ‘just’? What if your situation is different?”

One of the main things that affects people is where they’re coming from and what inheritance they’re going to get one day.

That will, in fact, make a radical difference to how they invest and how they even think about money.

Katie, you spoke about dealing with a spouse and going from spouse one to spouse two. It seems to me or I find in my day job that I’m not only a financial advisor, but I’m really much more of a marriage counselor.

How do you get people to communicate about money in a positive way and not fight?

Talking About Money In Marriage

Katie Brewer: I give them permission to be uncomfortable with the conversation that we’re going to have.

I tell them, “I love financial advising, but it doesn’t necessarily mean that you do. Think of this as, you go to your dentist because you know it’s the right thing to do and it keeps you healthy. You don’t go because you really enjoy doing it.”

This might be a little bit of an uncomfortable conversation, but you’re going to be a lot healthier financially, afterwards, if we chat about this.

We bring some stuff out in the open, and then you don’t have to decide, on this phone call - important things like who’s going to raise your child as a guardian.

At least we can start having the conversation, and then you can take that afterwards, and get back to me with what you guys decide.

Douglas Goldstein: When I get into conference rooms with a lot of couples, I would have to say that more often than not, it’s the man who takes over the conversation and runs the show.

I’m thinking it’s because I’m dealing with people who are older, and that’s still the traditional mindset, but of course it’s a real problem because the women are going to be living longer, statistically than the men, and they should be just as involved in managing the family finances.

When it comes to younger people, is it the man or the woman who takes charge?

With Gen X, is it The Man or The Woman Who Takes Charge of Finances?

It’s gotten to where it used to be, where it was the woman who was more day-to-day finances, while the guy was more long-term, but I’m actually seeing that mixed these days.

It does seem sometimes like there’s still one that gravitates more towards strategic operations, and the other one that tends more towards the long-term.

Douglas Goldstein: That’s fair. It’s fair to split up the work. I don’t think people have to, and I don’t think everyone has to do everything together.

I’m just wondering if you find that sometimes one of the spouses, and what I see more often than not, it’s the man, who just takes over to the point where I think it’s unhealthy.

Katie Brewer: Yeah. If that ever happens, a lot of times, what we’ll do is just start with education.

I might say, “Hey, I think you guys should read this book together.” It might be a “money for couples” book, just so that we can make sure that one person isn’t trailing behind with the faith and the hope that the other person knows what they’re doing.

When I have that conversation with couples, a lot of times it might be the guy who understands that he takes over and he wants his wife to be more involved, but she hasn’t been interested before.

I’ll say, “Why has that been? Has it been too complicated? Is it not interesting?” Then that might help prescribe something that is interesting for that person to get involved.

Douglas Goldstein: I like the idea of giving them something to read together, because then if it’s new for both of them, then it’s something that’s new.

Katie, we’re nearing the end of our time, but just tell me in the last few seconds, what’s the best way for people to follow you and follow your work?

Katie Brewer: My website is yourrichestlifeplanning.com, and if you’re too lazy and you don’t want to type all that out, you could go to yrlplanning.com.

The blog that you mentioned, where I have a lot of the articles that I’ve written is at yrlplanning.com/blog, and there’s a lot of resources there.

I’ve been essentially writing about every other week for three years now, and pretty specifically to individuals in their 30s, 40s and 50s.

Douglas Goldstein: Yeah, I see you have a great article there. In fact I was going to ask you about it, if we weren’t out of time, called Five Ways to Prepare for Early Retirement.

It’s a topic that I talk about a lot because I know everyone dreams about it, but we’re not going to talk about it today.

People can learn about it on your blog and maybe next time we’ll bring you back on and we could talk about early retirement.

Douglas Goldstein: Katie Brewer, thanks so much for your time.

Katie Brewer: Thanks for having me on, Doug.