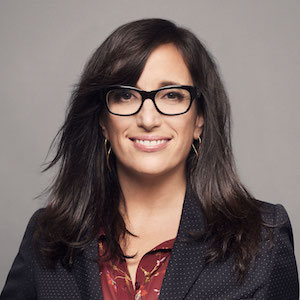 Looking for exponential growth in your investments?

The secret may be to start saving early.

Beth Kobliner, The New York Times bestselling author of Get a Financial Life shares insights into millennials and their money. Beth and Doug discuss the financial pitfall of student loans and how having better information can help prevent unnecessary debt. They also talk about how millennials can grow their nest eggs by beginning saving and investing while they are still young.

If you receive an inheritance, chances are in addition to receiving funds, you’ll also get a lot of financial advice from well-meaning family and friends. But some of their advice may not be appropriate for your situation. How can you sift through the advice and figure out what is relevant or not?

If you have a clear understanding of basic money management and what realistic investment returns are, you’ll be in a much better position to decide what to do with your inheritance. Triage your response to first deal with urgent needs, then basic needs, and only then develop a financial plan that addresses your wants.

To learn more about Beth Kobliner visit www.BethKobliner.com or follow her on Twitter @BethKobliner. You can also read her book Get a Financial Life or connect with her on Facebook @BethKobliner.

Beth Kobliner, author of Get a Financial Life, shares her tips on how millennials can take responsibility over their financial life. Also, how can young people start investing?

Douglas Goldstein: I’m very excited to have on, The Goldstein on Gelt Show, New York Times bestselling author Beth Kobliner. Beth wrote a book called Get a Financial Life. Beth, in your book, you focus on people in their 20s and 30s.

What are some of the big mistakes you see people in that age range making in terms of their finances?

What Financial Mistakes Do People in Their 20s and 30s Make?

Beth Kobliner: We call them millennials. People who are in their 20s, and usually early 30s, are finding that it is very difficult for them to start on adulthood because many of them in the United States have large amounts of student loans.

20, 30 years ago, people graduated with sometimes a small amount of student debt, but now the average student debt in the U.S., for someone who graduates, is $37,000, which is triple what it was in the 1990s.

The medium debt is $20,000, but that’s still a lot of money to enter life when you don’t have a job yet, in most cases, or you’re just trying to start out, save money for a home one day, or even pay rent.

Douglas Goldstein: For a young man or woman who finishes school and goes out and gets a job, what would be a salary that people like that would get?

What Kind of Salary Can Young People Look Forward to Earning?

Beth Kobliner: It might be about $40,000. One of my favorite sources, this guy Mark Kantrowitz, who’s the expert on student loans, said that as long as your student debt is equal to roughly what your first year’s income is, that’s a reasonable amount to shoot for.

Douglas Goldstein: Why is it a problem? The millennials have their back against the wall, but let’s say they took 10% of their income, that’s $4,000 after five years.

They’d have paid off the debt and hopefully, they might have even gotten a raise over that time. They may have been able to pay it off sooner.

Douglas Goldstein: Is this going to be a problem or they just don’t feel like saving?

Beth Kobliner: I think it really is a problem, because now the medium doesn’t seem that huge for an amount like $20,000. However, on the edges, what’s happened a lot in the last 10 years is, for example, people would go to a for-profit college, not even realizing what it was.

They come out after the first year, with $80,000 in debt and they drop out of college. There you have a double whammy of your big debt to pay back, and you didn’t complete college.

Or someone who makes a choice, who goes to a faraway private college, and maybe the parents scrimp and save to send them there, because the kid says it’s his dream college.

Then four years later, he returns with a degree in Anthropology, not that there’s anything wrong with that, but you won’t easily get a job with that kind of a degree.

Maybe in Israel, anthropology will get you a job, but maybe it’s something that’s a little less able to get a job. Then you’re talking about $100,000 plus debt and you’re not able to get a job, or get one for very low amounts of money.

Then there’s the underemployment issue in the U.S. too.

Douglas Goldstein: This has been going on for a long time. People know this, kids in high school, and their parents are sending them to school.

Why don’t they go to a community college and then get a job, or figure something out? This isn’t secret information. Everyone knows this and if people would be more responsible, it seems there are opportunities for higher education without spending $80,000 in your first year.

Why Don’t Parents Send Their Children to a Community College?

Beth Kobliner: That’s a great question, and I think you could look back at the mortgage crisis in the U.S. and say, “Wait, you mean the bank was giving me a loan for 2% down and people were taking it? No money down loans or 10% down on a loan. Didn’t people realize that’s ridiculous?”

I think that’s what’s happening here. It’s often families who maybe don’t have that much education or don’t really understand. They feel like they love their children and they want to do their best for their children, and they’re, I believe very strongly, not given the right information.

If you didn’t go to college and your kid gets into some school and he’s like, “This is the best college, mom and dad,” and you say, “All right, we have this opportunity for him to go to what we think is this great private college. We’re going to do it.”

I’ve heard this time and time again, with name brand schools that you’ve heard of. People get into this situation and they come out, and you could look at them and then say, “Why don’t you go to Queens College where I grew up? There was Queens College, and it’s an amazing school and not very expensive.” I think there’s a lack of information.

The other big thing is that the money is there. The parents say, “Well, I can take a loan,” and the government has a plus loan program, which basically gives you as much as you want.

There are private loans that give you as much as you want. Maybe parents are too soft on their kids, or too willing to do anything to make sure their kids get that education that they think is better but often isn’t. I think it’s an education problem.

Douglas Goldstein: Beth, let’s talk about the people who somehow managed to pay through college. They get a job, maybe they even have a slightly better job, but they’re still young and they need to start investing.

Where do you direct them? What types of investments should these people be looking at?

Where Should Young People Be Looking to Invest?

Beth Kobliner: Thenumber one investments, and the good news is that this millennial generation really seems to be taking advantage of them, are plans like retirement savings plans called 401(k)s, that they have in the United States.

You work for an employer and they say, “Okay, we have this way to save. You can save and put money in this 401(k) account.”

It grows and could either be tax deferred or free from tax completely, and you make a decision whether you put it in pretax or after tax.

The bottom line is that when money is able to grow without you having to pay tax on it for many, many, many years, it grows exponentially quickly, and the sooner you start out the better.

The other great thing about the 401(k) is that companies offer matching.

They say, if you put in a dollar, Doug, I’ll put in a dollar up to a certain amount, and that means a 100% return on your money. It’s free money. Maxing out 401(k) plans are really important for young people when you get that match.

Douglas Goldstein: So when they put their money in, whether in a 401(k) or even an IRA, or any sort of investment account, they’re going to then say to themselves, “But what do I do with it?” They may even remember when they were in high school and their parents flipped out and said, “Oh my God, the market just crashed. I lost half my money.” They’re kind of afraid of the stock market. What should we be telling them?

Should Young People Be Afraid of the Stock Market?

The better thing to do is think of it as long-term money, money you’re not going to touch. With some things like Roth IRAs, if it’s an absolute emergency, you can get at the principal, without taxes and penalties after a few years.

The main thing is you want to start saving in those plans early.

The Benefit of Starting to Save Early

Say you started at age 25 and you saved a $1,000 a year till age 35, and then never touched it again; you left the money to just sit there and grow.

Or the other choice is starting at age 35 and saving every year till age 65. In the first example, you probably have about $200,000, even though you only saved for those first 10 years, whereas in the second example, you’d have less than that, maybe $150,000.

The point is, starting to save early and putting money into these accounts early, allows for exponential growths to take place, and you want to start when you’re in your 20s.

I wrote a book for families and how to teach children about money, and whenever I say to someone, “If you only put away a few thousand dollars from age 16 to 20, by now you’d have $100,000 in your account,” there is this sense of, “Oh I wish I would have done that.”

You’re sitting in a room with 50-year-olds and then 20-year-olds, and hearing the 50-year-olds say, “I wish I would have done it.” Maybe that’s the thing that we need to motivate young people to save more in these accounts.

If you have to do it automatically, you can say, “Well, I paid my rent and I paid my loans, and then I went out to dinner, and then I’m going to save.”

It has to be off the top.

Douglas Goldstein: I think the problem is people often don’t have the discipline that they need. Unfortunately, Beth, we have the discipline here of keeping within a certain time, so we’re just about out of that time. In the last few seconds, tell me, how can people follow you and follow your work?

Beth Kobliner: Well, my book is called Get A Financial Life: Personal Finance In Your Twenties And Thirties and my website is bethkobliner.com. I’m on Twitter and Facebook too.

Douglas Goldstein: All right, Beth Kobliner. Thanks so much for taking the time.

Beth Kobliner: Thanks so much, Doug.