Should You Worry About Currency Devaluation? 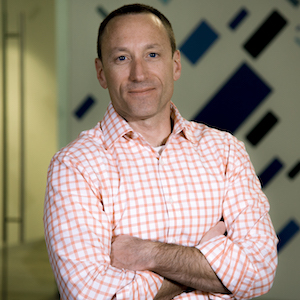 How much is your money really worth?

Currency devaluation means that as the value of a currency decreases, the buying power of money decreases too. So, how do you protect your investments from devaluation, inflation and other economic crises?

Ari Pine is a financial trader who has a deep interest in macroeconomics. We discuss the possibility of a global inflation and how governments get themselves in and out of difficult financial situations. Ari explains the difference between a financial bubble and inflation. He eases listeners’ fears about currency devaluation and offers an investment strategy called a “permanent portfolio” as a possible solution.

The concept of a permanent portfolio was developed by Harry Browne. To learn more about it, read Harry Browne’s book Fail-Safe Investing: Lifelong Financial Security in 30 Minutes, and discuss with your financial advisor whether his recommendations may be appropriate for you.

Should you invest in bonds?

Many investors who want steady income choose to invest in the bond market. Is buying a bond or a bond-fund right for you? Here’s a list of questions you should ask if you are considering investing in bonds. Learn about the types of bonds, the quality of bonds, and the length of bonds an investor should consider. Before you make a bond purchase, download this free resource. Also, watch a short clip called Strategies Overseas Retirees Need to Handle a Multi-Currency Lifestyle for international investors.

Free Download: 7 Questions to Ask Before You Invest in Bonds

Watch Should You Worry About Currency Devaluation? on YouTube.

Ari Pine, a trader in global futures and options, as well as a consultant, shares his thoughts on currencies, inflation, and long-term investment. He also provides tips on how to protect oneself from currency devaluation.

Douglas Goldstein: I am very excited to be talking to Ari Pine, who is a trader in global futures and options.

I don’t necessarily want to talk about that because unlike a lot of traders who just sit and stare at charts all day, and maybe aren’t quite so exciting to talk to, Ari has a much bigger view than many other people about macroeconomics.

I want to dive right in with this issue that a lot of people have about inflation. They say, “Doug, you talk about long-term investing, investing in the stock market, and the bond market, but at the end of the day inflation is the thing that really eats you up.”

Ultimately or probably, we are going to have to see a huge inflation in America, just for example, so that the U.S .Government can pay off its debt. Do you think this is a legitimate fear?

Ari Pine: I think that at the very least, one ought to be very cognizant of currencies.

If you are a student of history, and I think it pays to be one, you’ll discover that history shows you that in general, when governments have the option to print money, meaning to devalue its currency, eventually the weight of that responsibility tends to fall in such a way that they do tend to devalue their currency.

I think it’s a very, very reasonable thing in this day and age, where we have so much debt outstanding, whether that’s in Europe, the United States, in Japan, or potentially in China, that this idea that money will become devalued simply because there is so much of it, is a real fear.

I think that it is legitimate. I don’t know that it will come to pass, but I believe-

Those are the other options, other than inflating the currency, so that the U.S. Government just has to pay off this debt with really cheap dollars.

The problem being that someone who has been saving and saving for decades, will actually have saved dollars that are really worthless.

Ari Pine: There are a couple of things to unpack there. The first is, yes, you are absolutely right about the idea behind what the Federal Reserve is trying to do. Paul McCulley, I don’t think he is at PIMCO anymore, but I think he used to be, came up with the idea of being responsibly irresponsible.

The idea is that there would be a certain amount of inflation, but it wouldn’t become the scary hyperinflation.

The short answer is yes, that is far and away the most likely outcome. You have a tendency to have some very great behavioral finance and behavioral economics guests on this program.

Given our tendency to extrapolate the past into the future, we tend to think that there will be a gentle inflation of around 1%-4% and everything will be great in the way that it has been.

I think that you are right.

We need to think about the future, not in terms of one particular outcome, but rather a distribution of outcomes.

Seemingly more and more of that distribution seems to fall under inflation.

Douglas Goldstein: About the 1%-4% gentle inflation you described, actually, I wonder if it’s even worse than hyperinflation because it is like the old saying of boiling a frog.

If you throw him into a pot of boiling water, he’s going to jump right out, but if you put him into a pot and slowly warm that up, then he will stay there until eventually he boils to death.

I’ve never tested this myself, but I’ve heard people talk about it.

It seems to me that with the inflation problem, if you have a 3% or 4% inflation for five, ten, fifteen, or twenty years, no one is going to even notice how bad it is, until he retires and doesn’t have any money left. Or he has plenty of money that doesn’t do anything for him.

Ari Pine: First of all, that’s a great mental model. The other thing is, this is one of the reasons why you do actually invest. Because one thing that you brought up is, there are going to be these worthless dollars.

The first thing is that unless we change the currency, or your guests are saving in dollars and need to have Euros or something else, they are going to have these appreciated assets.

Let’s for a moment just presume that it works as theoretically planned.

The Effect of Inflation on Stock Prices

Ari Pine: For instance, in Japan, the Bank of Japan has been printing money and the money supply is growing.

As a result of that, Japanese stocks are rising. Why are they rising?

It doesn’t really matter whether or not the companies themselves are becoming more valuable. There are more dollars chasing the same number of assets, and therefore the price of the asset goes up. Does that make sense?

Douglas Goldstein: It makes sense from a “chasing the asset” point of view. The problem is that people are actually paying more for something than it is actually worth. That’s the problem when they talk about bubbles.

Ari Pine: Let’s go back to Turkey, where you have something that has become devalued. At the time that the currency was getting heavily devalued, the stock market was sky-rocketing, which seems crazy, right?

I mean, you are sitting there, looking at Turkey, and you’re saying, “Wow! What an unfortunate situation.” I hope it worked out for them. I wonder why it seems that this indicator of economic health is doing so well.

The question is, is the bubble because people are going out of their way to purchase these assets, or is it simply that the value of dollars or yen or Turkish lira is getting so devalued?

Could it be that everything else is staying the same but the price is going up?

Douglas Goldstein: Got it. So people are investing there. It appears because, nominally, the prices aren’t going up. Simply because or possibly because the value of the currency that you are using to buy it, you just need more and more of that currency.

Hence the price looks like it’s going up, even though the currency itself is going down. So you’re not necessarily making any money.

Ari, we are close to the end of our time but I want to ask you for a kind of a tachlis takeaway, nuts and bolts that is.

If someone is concerned about this issue, what would be the first thing he should do today to begin to protect himself from the potentials of a real devaluation in the currency over time?

What Should One Do to Protect Themselves from a Currency Devaluation?

Ari Pine: I think one of the themes that you’ve had on your program is of good help, and that is to have a portfolio of assets. The trouble is, we don’t know. I try to be very prediction neutral, which is a fancy way of saying I don’t know what’s going to happen next.

I would recommend that people take a look and evaluate for themselves whether something like the Permanent Portfolio might be a way to address it.

The idea behind the Permanent Portfolio is you divide your assets into four bins, where there is fixed income, stocks, cash, and traditionally it tends to be allocated to gold.

I tend to think that you don’t want to have a single asset. I prefer taking a look at it as being a real asset basket. I try to take a look and include in there TIPS, which in the U.S. are inflation-protected securities, gold, commodity ETFs, and so on.

I put that all together under this fourth bin. But I think that might be one way of addressing it.

There is, I think, a lot of good information on the Permanent Portfolio out there. I forget who designed it. The guy’s name is Harry, and I apologize, but I can’t remember his last name. But if you look for the Permanent Portfolio, there’s a book on it. It’s a pretty well-known idea. It’s not mine, but I like it.

I have adapted it for myself, and I don’t believe that you ought to have that fourth bin being 25% of your assets in gold, because gold is a strange asset as it tends to, like everything else, fall in and out of favor.

Right now, gold tends to be rich vs. other assets, so I’d rather diversify into a much larger commodity asset base.

There’s been a lot written about it, but I think we’ll put a link to his book at the show notes of today’s show.

I’d also like to put a link to how people could find you. In the last few seconds, how can people find you and follow your work?

Ari Pine: Right now they can go to my website, which is www.pinert.com and the “RT” in the title is for Research and Trading, so it looks like pine art. They can also reach me on Twitter, I’m a little bit active @standard_dave, which is alias my options trading background. Those are two good ways to either see what I am talking about or reach out to me.

Douglas Goldstein: Ari Pine, thanks so much for taking the time.

Ari Pine: Thank you very much.