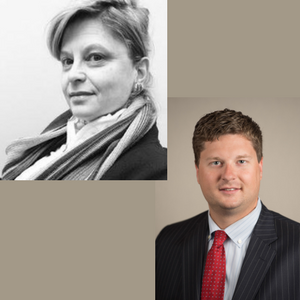 American citizens abroad need to pay taxes both to their host country as well as Uncle Sam. What is being done to minimize the tax burden on these Americans?

Marylouise Serrato, executive director of American Citizens Abroad, explains their position on international American citizens’ tax rights. Americans living abroad are currently being taxed by both the U.S. and the foreign government where they live. Glen Frost, certified public accountant and tax law expert at Frost and Associates, also joins the conversation to promote the proposal Marylouise and the ACA are presenting to the U.S. Congress to reform the current system.

Listen to the discussion of how and why U.S. tax international laws need reform, and what you can do to help the cause. American taxation on dual citizens has international repercussions, as the rest of the world is closely watching this issue.

The 6 lessons you need to learn for financial success

Watch Will Taxes Change for American Citizens Abroad? on YouTube.

Marylouise Serrato is the executive director of American Citizens Abroad. Glen Frost is managing partner of Frost and Associates and also a board member of ACA. They share their thoughts on the potential U.S. tax reform.

Douglas Goldstein: I’m very excited to have back on The Goldstein on Gelt Show Marylouise Serrato, who is joined today by Glen Frost. Glen is a managing partner of Frost and Associates. He's a lawyer, a CPA, and a CFP®. He helps people who have tax controversies. He's also on the board of American Citizens Abroad, which Marylouise is the executive director of.

Marylouise, I want to dive right in because the big concern for people who are living outside the U.S. is this new potential tax reform. How is this going to help us?

How Will the Potential Tax Reform Help Americans?

Marylouise Serrato: Currently there are no provisions that have been put through on the House version of the bill, although there are still many champions on the House side in particular Congressmen holding May Day for statement, about continuing on with presence-based taxation efforts.

We're working on advocating up there on the Hill and hoping that when the Senate version comes out, there will be a provision in there for residence-based taxation.

What Does Congress Say about This New Development?

Douglas Goldstein: Apart from justice, who would actually believe that anyone in Washington would really care about residence-based taxation because all that means is they will stop getting taxes from us?

Marylouise Serrato: With Congress clearly moving towards territorial for corporations, and understanding that they have to come into the global norm, it would be out of step to do that for corporations or to leave Americans overseas out of that equation.

RBT will definitely take care of that additional cost. There are a lot of good reasons, economic reasons. Also, it's a huge compliancy cost for Americans overseas.

Many Americans are spending upwards of $2,000 a year simply to file their U.S. taxes when, we all know, they are already filing tax returns.

Douglas Goldstein: Again, that's the problem that you and I have but it's not a problem that the Congress people have. So, again, I'm just curious what would really incentivize them?

You mentioned, for example, that it seems reasonable that if they're talking about territorial taxation for corporations, then the follow through should be for individuals as well.

The corporations have high paid lobbyists and I don't think the ACA has as much money as those lobbyists to put pressure on Congress. How is it that the one follows from the next?

Marylouise Serrato: I wouldn’t say that corporations don't have an interest in this subject. We issued a co-signed letter early in this year and we had several of the arm champs that work in the Middle East sign on to that letter. So there is definitely an interest on the corporate side, not only for territorial or corporate taxation but also for employees that are hired.

I would also not say that Congress is only influenced by big name lobbyists. ACA definitely has a focus in key offices. We've been in to see members of the Joint Committee of Taxation. In fact, my partner today on the interview, Glen Frost, joined us for a meeting with the Senate Finance Committee. He knows what this means. There is a lot of good reasons for Congress to do things for the little people. Yeah, Americans overseas are not small but we're the little people who are the average American. There are a lot of good reasons, both on the business side and on the fairness and justice side, to do this.

Effects of the Tax Reform on Americans

Douglas Goldstein: Glen, let me turn to you. Let's say the tax reform could actually make things a little bit better for Americans.

Glen Frost: Yeah. And if I can elaborate on that a little bit. I think what I see is foreign-based companies that want to attract top talent from the United States. It's very difficult for U.S. citizens to go over, be working side by side with a citizen from another country and be subject to all the U.S. tax laws as well as that country's tax laws.

I think that U.S. corporations, their lobby would like this because obviously it allows-

Douglas Goldstein: Glen talk a little bit about how the tax reform would affect Americans overseas if, for example, the ACA requests would come to bear fruit.

How would it affect us in terms of, let's say, the FBAR or when we're going to our local banks they wouldn't make us sign W-9s or they would actually let us do investing? Is there any possibility that would get better?

Glen Frost: Obviously, that is something that we are pushing. But with the residency-based taxation obviously, what we're pushing there is that U.S. citizens, non-residents, could elect to be taxed on only their U.S. source income.

They would no longer be subject to worldwide income. This current proposal does not address FBARs under Title 31 Bank Secrecy Act.

This current proposal is just discussing the actual tax.

Marylouise Serrato: If I can add on to that: we have folded into our RBT proposal, treatment of same country exemptions for FATCA.

And FBAR, again, is not being treated as Glen rightfully pointed out. It falls under another section. It is also often times in Congress, considered the anti-terrorist funding and the anti-money laundering tool and we’re just focusing really on the tax issue with [inaudible 00:06:43].

Douglas Goldstein: It seems to me that the United States has invested so much money in trying to get other countries to comply and the banks themselves with FATCA, that it would seem sort of funny that they would all of a sudden say, "You know, we've changed our mind."

That would be a huge change, no?

If America takes back FATCA, all these banks overseas have invested millions, if not tens or hundreds of millions in compliance. Wouldn't it be weird to backtrack?

Marylouise Serrato: Glen, do you have any thoughts on that?

Glen Frost: Sure. I think it would absolutely be weird to backtrack. What I think we're going to go towards is a higher reporting threshold.

Currently with the FBAR, it's accounts that exceed $10,000. With the Form 8938, with everything else, it's a much higher threshold, so it does alleviate some of the administrative burden.

Also kind of the rumor is that they are going to eventually completely phase out the FBAR form and do everything through FATCA, through the 8938 in the future. I doubt that they will completely back away from FATCA.

Marylouise Serrato: If I can just add to that, I think what we're saying, and Glen chime in if you agree, is that there is a worldwide push obviously to combat tax evasion, and FATCA has very much been sold as a tax evasion tool.

Obviously not a whole lot of consideration was given to Americans overseas who rightfully need to have bank accounts and financial instruments outside of the United States, primarily because they themselves are living outside the United States, but we're in some sort of worldwide global push towards making sure that those who should be paying their taxes are paying taxes.

We see this in Europe, with the common reporting systems. So we're entering into a phase where combating tax evasion is a big issue.

Recommendations for Americans Overseas on How to Deal with Taxation

Douglas Goldstein: Marylouise, in the last few seconds, we're just about out of time now, for the listeners of the show who are overseas, and who actually do want to see some change in the way that you're dealing with American taxation, what would you recommend people do today?

Marylouise Serrato: Our recommendation is number one, always contact your representatives in Congress even if you have not lived in the United States for a very long time.

Your last address where you lived is your address for voting registration purposes and the officials who are in that district and the senators of that state are your representatives. So we encourage everyone to write to their representatives.

Don't send a form letter. A lot of people come to us and say, "Do you have a standard form letter?" Those don't get a lot of attention. Write personally about your experience. And, number two, join ACA. Make yourself familiar with ACA and our advocacy work because we are here in Washington D.C.

We have a team along with Glen who's with me today. We also have our legal counsel, Charles Bruce, who’s in Washington D.C. We’re available to the Congress and we're here 24/7. And community support for the ACA is the next best thing to do outside of writing to your representative.

Douglas Goldstein: Glen and Marylouise, I understand you're actually helping people who deal with tax controversies. So, how can they get in touch with you?

Glen Frost: They can visit the website at www.frosttaxlaw.com.