What Does a Global Savings Glut Mean for You? 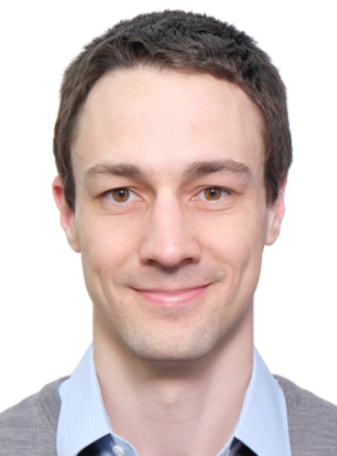 Today’s guest, Will Denyer, an economist at the financial research company Gavekal, explains how the global savings glut impacts inflation… and your pocketbook.

What would you do if the market was flat?

Generally, the markets are volatile, and smart investors try to mitigate risk by diversifying their assets. Asset allocation strategies try to protect your assets, no matter how the market turns. Have you ever asked yourself how your portfolio would do if the market was flat?

Doug created a one-page resource to help you. Tricks to Making and Maintaining a Smart Asset Allocation designed to help investors better manage their asset allocation.

Watch What Does a Global Savings Glut Mean for You? on YouTube.

Interview with Will Denyer

Will Denyer, economist and Director of US Research at Gavekal Research,expounds on the global savings glut.

What is the Global Savings Glut and How Does it Come About?

Douglas Goldstein: I am very excited to be talking with Will Denyer, an economist and Director of US Research at Gavekal Research. Interestingly, he does this from Hong Kong.

Will, I know a lot of the study that you do is I guess, more from a macroeconomic level because your feed aren’t on the ground in the U.S. Frankly that makes you a very interesting guest for me because one of the topics that I’ve been wanting to talk to someone about, which is an area you could shed some light on, is this issue of a global savings glut. First of all, could you explain to us what that is, and why we should really care about it?

Will Denyer: Sure. Bernanke popularized the term. But he was really talking about the period after the Asian crisis to around 2005 (so like 1997 – 2005). He really was talking about all this savings that was coming out of Asia and pushing down interest rates around the world, as a result of their policy responses to the Asian crisis.

But actually I kind of hijacked the term to describe a phenomenon that I’ve been looking at recently, which really dates back to the early 80s. What it’s talking about is basically a big demographic bulge of people in their prime earnings years. As I call them, these are the middle-aged providers. These are guys and girls who are making a lot more money than they’re spending. This allows them to save and then apply those savings to capital markets, push down interest rates and make capital more abundant.

That’s the savings glut I am talking about, is the much longer-term savings glut that we’ve seen. Not just in Asia, but on a global scale since the early 80s.

Douglas Goldstein: Let’s describe that in terms of how a person would see that himself. In other words, you’re talking about someone who’s actually got a pretty good job, earning pretty well. What happens that creates this glut?

Will Denyer: One way to look at it is glut then another way is just time preferences. What happens is when you make more money than you need to consume right now, or to invest for yourself, you turn around and invest in equities, treasury bonds, and whatever it is. When you do that, you provide capital to the financial markets.

We learned, with every other good out there, if you increase the supply, it tends to drive down the price. When you have all of these middle-aged providers providing a lot more capital into the system, and not really demanding that much capital, supply goes up, demand goes up. That drives down the price.

The price of capital is probably easiest to see in interest rates. You can also see it in earnings yields on equities, which is just the inverse of EDs. But basically, it’s the cost of capital.

Douglas Goldstein: Wouldn’t that actually ultimately help the equity market because of the cost of capital is slow? That means that companies are able to borrow money and invest that in building a business?

Will Denyer: Absolutely. It’s also an opportunity cost issue, if these middle-aged providers are flooding the system with capital that they don’t need right away. If they’re willing to put it aside for 10, 20, 30 years and generate a return that they can then draw on many years later in retirement.

Fears of an Inflationary Environment

One of the areas I know that the FED is afraid of is that it’s in a potentially inflationary environment. Is that something that we need to be worried about?

Will Denyer: Potentially. For me, the way I am looking at this is, you’ve heard the term “The Great Moderation.” This talks about the period from the early 80s until today, where we saw interest rates grinding lower and lower. The FED and other central banks like to take a lot of credit for causing that, and I think they obviously played their part. But a lot of it had to do with just this flood of capital that’s been coming in from this bulge of the population in the middle-aged providers group.

By the way I don’t think I’ve given ages on that yet - it’s roughly around 35 – 64. It’s strongest in the middle of that group, and then it’s a little bit neutral around the edges but that’s roughly the period that I am talking about. If you’re in the U.S., you think about the baby boomers; the first of the baby boomers started to turn 35 right around the early 80s. From then on, that group just grew and grew as the baby boomers entered that peak providers age.

That helped moderate interest rates. It may have also had an effect on inflation, although that one’s a little bit trickier.

Douglas Goldstein: First of all, your point is that this is a demographic change – that there are people who are hitting that age, or are in their maximum earning potential, earning more than they need – and that’s creating extra cash that’s available for investment. That was your thesis at the beginning.

Now, you’re pointing out that that’s actually helping to push interest rates down. My question is, because actually this is very interesting. The FED you said, and other central banks, is taking credit for properly manipulating the interest rates in order to get rid of the problems we had in 2007, 2008 and 2009. What actually has more of an effect on interest rates?

Is it the central banks who really can control interest rates, because they just name the price that money is going to cost? Or is it the market?

Will Denyer: No doubt about it, in the short term, the central banks have a lot of power to adjust interest rates. But structurally speaking, demographics are not given enough credit for really driving the big structural moves in interest rates.

We’ve been talking a lot about the past now, and I’ve described this bulge of the population that drove the interest rates down since the early 80s, and brought back equity prices, structurally since then.

But actually what I probably should get to is the news today, and the news today is actually yesterday’s story. That bulge in the population is now actually moving out of that middle-aged provider group, and is starting to retire. This is of course not news to anyone; this is a popular story.

Now, whereas before an increasing portion of the population was basically net providers of capital, which was great news for financial markets, that group is now starting to shrink, relative to the consumers of capital.

The consumers of capital are the retirees who are drawing on their savings, and the younger people who are either not making anything at all, or not making a lot. At the same time, they’re demanding a lot of investments as companies and individuals invest in houses, factories, office buildings, software in order to take advantage of this new, young population.

Again, coming back to just simple supply and demand, we had a period in the early 80s to now, where we had capital abundance. Supply was growing relative to demand, but I think that’s now changing. We could actually be at a structural turning point now, where we start to see interest rates rise again.

I am not just talking about FED policy – how many rate hikes we'll have next year. I am talking about next 20 years. That’s the big structural story.

Douglas Goldstein: That is interesting. This potentially is a turning point. You’re saying whereas there’s been a flood of money that was keeping interest rates low and therefore helping the stock market, it’s possible we’re entering a period that’s the opposite. You’re saying the demographics seem to prove that because the people who were earning this extra money, are now going to be spending a lot of that money so there won’t be a flood of cash into the markets. But the opposite will be coming out, and that could have the reverse effect on the interest rates. In fact the reverse effect on the markets as well.

Interesting, and a little bit scary. But it’s something that I certainly want to dive into more, but unfortunately we’re just about out of time. But Will tell us, how can people follow you and follow your work?

Will Denyer: Absolutely. Please come check out our company website at www.gavekal.com. I am actually brand new to Twitter; I’ve tried to avoid it for a while, and finally gave in. So I’ve just joined Twitter about a year ago.

Douglas Goldstein: Okay. We’ll put links to that at the show notes of today’s show. Will Denyer, thanks so much for taking the time.

Will Denyer: My pleasure.