How to Prepare for a Happy Retirement 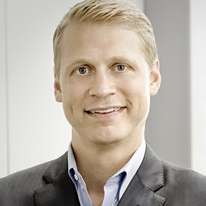 Planning for a happy retirement is not only a question of money.  There are many other factors to consider. Wes Moss, financial planner, podcaster, and author of You Can Retire Sooner Than You Think, talks about what makes a happy retirement. Retirement is not only about leaving the daily grind of going to work–it should be a time for doing what you have always dreamed of, but were unable to do during your working years. A happy retirement takes into consideration factors other than the size of your bank account. Listen to find out what else you need for an enjoyable retirement.

Have you recently received a letter from your U.S. brokerage firm asking you to transfer out your account? What should you do? Douglas Goldstein, CFP®, explains the steps you can take if you need to end your existing brokerage relationship. Don’t miss this free download of a toolkit that can guide you through the process of managing your U.S. accounts from overseas.

Wes Moss, financial planner and author of You Can Retire Sooner Than You Think, discusses the pros and cons of retiring early.

Douglas Goldstein:  I’m very excited to have on The Goldstein on Gelt Show, Wes Moss, who like myself, is in the business of financial planning. He’s also a writer and has authored a book called You Can Retire Sooner Than You Think. Why would someone want to retire sooner than he thinks?

Why Retire Sooner Than You Had Planned?

Wes Moss:  There’s obviously a lot behind that.  But the most consistent reason is avoiding the traffic commute. After 20 or 30 years of working and commuting and pounding in the big city, people get burned out and they get tired. They want to have the financial wherewithal to stop making that big commute.

That’s obviously a small part of it but people do want to have the freedom to do many of the things that they had to trade off as they made a living for their family. People want to get to that point where they don’t have to do a job they’re sick of.

Douglas Goldstein:  It’s important to separate between having to go to a job because you have to do it and also realizing that for a lot of people, having a job is a big part of their identity. It’s their ability to give back to society and do something helpful. Apart from retiring from something, people also retire to something. Have you found that as well?

People Who Have Core Pursuits Are Happier

Wes Moss:  That’s an impetus of how I ended up doing the study for my book. I noticed over many years that the happiest folks, when it came to retirement, were not necessarily the ones with the most money.

I work with families that have $5 million and $10 million. It doesn’t mean they are any happier than families that have $500,000 or $1,000,000. It’s all about fulfillment.  In my book, I talk about core pursuits. The more core pursuits that you have, either as a pre-retiree or early retiree, the happier you tend to be. Happiness levels rise, well-being rises as we have more things to do.

Douglas Goldstein:  What are the types of things you see people going towards when they are beginning to map out what they see as their retirement?

Wes Moss:  In some cases, I see people continuing to work. I have a cardiologist client who used to do major heart surgery. You could tell that he got burnt out over many years. Now he does varicose vein removal, which for him is like a Sunday ride down the beach. But he still likes it because he does it two days a week or three days a week.  Part time work can be helpful too.

However, most folks that I work with are trading out work for travel. Number two is group exercise or active activity such as biking and hiking.

Douglas Goldstein:   I was talking with an elderly woman today who’s a client of mine. She’s very active but she obviously feels a little bit lonely. She was talking about the pros and the cons from a financial standpoint of moving into a senior facility. I advised not to only think about the money but also to consider how her life would be when she is surrounded by like-minded people; people with whom she shares similar interests.

Wes, these days many people have refinanced their mortgages in older age or bought new property. They are wondering if they should keep that mortgage as they go into retirement. With interest rates so low, what do you tell them?

Wes Moss:  Currently, there’s $17 trillion worth of negative rates around the world and mortgages are cheap. However, there is a really fascinating psychological benefit to getting out of your primary debt, which for Americans and probably most folks around the world, is their mortgage.

In my book, I show how, as a result of many studies, happiness levels go up as years to pay off mortgage reduce.  There’s a burden that gets lifted right there. Not only does the psychological burden get lifted of having to pay a big bang $2,000, $3,000, $4,000 a month but now your decisions of where you spend your money become almost completely discretionary.

Health care is probably number one now in America after a mortgage, but once you take care of the roof over your head and health care, food’s not all that expensive. Now a vast majority of your finances and your budget can go towards those core pursuits we talked about. They can go towards more vacations. In fact, happy early retirees take more vacations than unhappy retirees. It’s about where we can put our discretionary money.

Douglas Goldstein:  Paying off the mortgage makes you feel free.  It’s the goal of just being able to live a financially free life. Let’s talk about Social Security. Is it smart for people to take their social security as early as possible or should they wait until they are 70 to try and maximize the amount that they will get on a monthly basis?

When to Take Your Social Security

Wes Moss:  There’s no perfect answer. There’s certainly the case of taking it while we can.  There’s also word that it’s going to run dry, but the reality is that even if things go horribly wrong with Social Security, we’re going to get about 75% of what we’re promised. I’m a big believer in trying to wait at least two years until your NRA, normal retirement age, and for most people that’s around 66 or 67 years of age.  There’s also great spousal benefit because your spouse, if you end up passing on earlier than you think, gets a higher amount.

We’ve got to live a very long time in order for that 70 to make sense. And there’s of course the argument that you might not be as active when you’re 85, relative to when you’re 65. My calculus is to try to take it in that middle range between 62 and70.

Wes Moss:   Via our Facebook page, which is Wes Moss Money Matters.  We post a couple of things a day.

There’s a section on my website about the book and a quick video that I did about the book and that’s just wesmoss.com. I’m on Twitter too - @WesMoss635. I would love to have some Twitter connections and followers all the way half around the world.

Douglas Goldstein:  Wes Moss, thanks so much for your time.