Is the Central Banking System on the Verge of Another Crash? 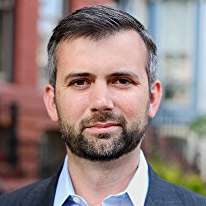 Why do investors need to know about the central banking system? Have the banks learned anything from the 2008 market crash? Neil Irwin, The New York Times economic correspondent and author of The Alchemists: Three Central Bankers and a World on Fire, discusses whether the economy is on the verge of another crash, the impact of having banks that are considered “too big to fail”, and how the central banking system affects the decisions of individual investors.

When planning your investments or for retirement, you don’t only need to look at the central banking system, but also at the circumstances in your own life, such as your age. Doug gives focused investment advice on how to plan for retirement when you are in your 30s, 40s, and 50s. Find out how your age affects your risk level, what kind of expenses you may have, and the best kinds of investments for you, depending on your age.

What caused the great market crash in 2008, and can it happen again? Neil Irwin, author of The Alchemist: Three Central Bankers and a World on Fire, shares his insights on central banks and the power of the banking system.

Douglas Goldstein:  I'm very happy to have on this show, Neil Irwin. He is a senior economic correspondent at The New York Times and has written a book called The Alchemist: Three Central Bankers and a World On Fire. The book was about how the central bankers around the world tried to deal with the crash of the markets in 2008 and its aftermath. Neil, a real pleasure to have you.

In your book, you portrayed the central bankers as the ones who solved the problem,  but weren't they the ones who really caused a lot of the problems by allowing interest rates to go so low that it created a bubble in the real estate market?

Did The Central Bankers Cause The Market Crash In 2008?

Neil Irwin: I think there's something to that. With great power comes great responsibility. The power that the central bankers deployed during 2008 would have mitigated the crisis if it had been used in a more savvy, thoughtful, and forward-looking manner a decade ago.

Douglas Goldstein:  From what I’ve read, people were trying to solve the problem. With hindsight, you're suggesting that had they known 10 years earlier, they would have done things differently?

Neil Irwin:  Yes. I think the big difference is less on the monetary policy side. Did the Fed keep interest rates too low in 2005 for too long?  Maybe. I think that the broader problem that led to this crisis was being insufficiently worried about some of the imbalances building in the global banking system, and in the global financial system.

That means the rise of over-leveraged banks across a lot of the world, including the U.S. and Europe.  It also means the rise of a shadow banking sector, a non-banking sector that was creating all kinds of risks in the economy that regulatory pressure might have been able to contain some but to the degree that the central banks were also regulators. They were not learning ahead of those risks and trying to keep them from getting out of hand.

Douglas Goldstein:  It seems the regulators are always going to be behind the times.   There's a limit to what they can do and what they can regulate. Had they allowed for greater transparency, wouldn't that have allowed everyone to be a regulator? Everyone was investing and the bankers - both professional and non-professional - could have seen what was going on with the banks.

You don't want a world in which a Lehman Brothers, or Bear Stearns, or AIG, or any European bank, can by failing cause these tremendous economic ripples. Every bank or government official should try to create a system that's resilient to shocks and problems that are inevitably going to take place.

Douglas Goldstein: How much is not being the one to bail out the banks who take these unbelievable risks and letting it actually fall on the shareholders?

Neil Irwin:  These cuts both ways. On the pure bank bailouts, those are often more fiscal decisions. In the United States, it was the legislation that Congress passed. We can debate over and over whether those were good ideas. There's been a more recent debate on what should happen with Italian banks in Europe. Those are important and interesting discussions.

Walter Bagehot and the Role of Central Banks

Neil Irwin: I would argue that a lot of what central banks were doing during the crisis was less of that kind of bailout. It was less about injecting money into banks and more about being the lender of last resort. Walter Bagehot was the great Bank of England governor in the 19th century. He founded a lot of these ideas - that a central bank should be ready to lend when nobody else does and backstop the financial system with loans that are secure. That means not just giving money to banks, but instead loading money at a discount and with good collateral to keep the entire system stable.

Douglas Goldstein:  Let's try to simplify this a little bit.  A bank gets money from depositors like you and me. We put our $100, or $1,000, or $1 million in the bank. That money is available to us because it's short term. The bank is then supposed to take that money and lend that out to other people or companies for longer term loans. If everything fails, the government comes in and becomes the lender of last resort. Is that a fair summary of what most people think banks do?

Neil Irwin: That's about right. What you're describing is liquidity transformation and maturity transformation.  You can go to a money machine and take money out of your bank account any time you want. You can write a check and have that money any moment you need it.

At the same time, banks use those resources collectively to make long-term investments, to lend to companies that are, for example, building a factory, or to lend to people buying a house. Banks turn this short-term money, that you have access to all the time, into long term investments.

Douglas Goldstein:  What was different in 2008 that made that system fail?

Neil Irwin:  The difference was there wasn't enough capital in the system. Capital is the gap between the amount of money banks have loaned out and the amount they have on deposit. The more capital they have, the more cushion they have. If some of those loans go bad, the bank doesn't go under and they are still able to repay their depositors. Their shareholders lose money but the entire system is stable.

In 2007/2008, however, the banks were very under-capitalized.  That's why so many global banks, such as City Group, Deutsche Bank, etc., had such trouble. There were so many bailouts, which led to the strict capital rules we’re seeing put in place now.  Question now is, are they high enough? Do we now have a world in which banks will be resilient even if they encounter major losses on something bad that happens?

Douglas Goldstein: Who's the one that's deciding if they're high enough?

Neil Irwin: All the central bankers get together with other bank regulators in Basel, Switzerland, and they debate these things. They try and come up with a framework of how these rules should work and try and make them coordinate across borders. You don't want a world in which a German bank has very different capital requirements from a U.S., Japanese, or Israeli bank.  That's why the regulators all get together in Basel and try and hammer out what those ought to be.

Douglas Goldstein: Are these people influenced by politics?

Neil Irwin: They're definitely influenced by politics. These are in many cases, appointees of prime ministers, of governments. They are responding to their national interests and their banking sector's interest.  Banks in Germany might prefer these sets of rules, while banks in Italy prefer others. At the end of the day, they try and find compromises.

You can say that's good because they are representing their country and democratic goals. That can work against the cause of having the most stable financial system possible.

Douglas Goldstein: Is a government like the insurance company for banks? Let’s say you and I founded Irwin and Goldstein Insurance Company and decided to start insuring banks, and there were other guys around who decided to open up insurance companies to insure banks.

Then we had a competition and required banks to have 50% on deposit in case of any problems. A German company said they wanted 60%, while an Israeli company said 70%. Yet another said they wanted only 20% of the money on deposit. All the while, there is full transparency.  Wouldn't that allow individual investors as well as corporate investors to say, "Wait a second? The guys in Australia are running a little bit too free. I don't want to put my money there because it could collapse"?

As you said, everyone should have a level playing field.  As long as everyone knows what's going on, people can make their own decisions about where to put their money because there's a limit to how much a government can really bail out a bank.

Neil Irwin:  Ultimately, the depositor around the world understands that a nation's government does stand behind its banking system. When that isn't the case, it creates very bad ripples. That's what happened in the Great Depression, when banks failed without a backstop.

People want to know that the money they deposited in the bank is safe.  When it all hits the wall, if people know the government's going to be there, that market discipline doesn't really work. It breaks down.

Neil Irwin:  Economic history is full of these episodes.  It used to happen every few years in the United States, in the late 19th century, early 20th and that's why they created the Federal Reserve System. The Great Depression started with a minor stock market drop in the U.S., and then spread through the global banking system to become this profound crisis that caused 20% unemployment and caused the rise of the Nazis.

Douglas Goldstein: Are you optimistic that the subsequent legislative changes and procedural changes are enough to protect us? Will this happen again?

Will We Have Another Crisis?

Neil Irwin:  It's never the last crisis that happens again. Do I expect we're going to have a housing bust and a housing bubble that causes a bunch of investment bank failures that ripples out across the world and causes another huge recession? No. The next crisis will happen some other way.  There's plenty of risk in Europe. I think that the risks are different from what they were eight years ago. We just have to hope the entire system has become more resilient.

Neil Irwin: Go to NYTimes.com/upshots. Read economic and other analyses at The New York Times, the Upshot website.

Douglas Goldstein:  Thanks so much for your time.

Neil Irwin: Thanks for having me.