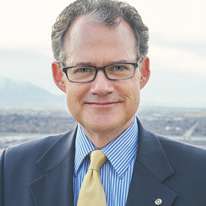 Should corporate social responsibility be a factor in determining your investment decisions?

Devin Thorpe, Forbes columnist and author of Adding Profit by Adding Purpose, explains why a company’s profits aren’t antithetical to social good. He also gives tips on how to identify companies that genuinely do good as opposed to those that promote a false image of social responsibility.

Should retirees keep any money in the stock market?

According to some opinions, retirees should cash out all of their stocks, while others say they should leave their money in stocks to protect them from inflation. Douglas Goldstein, CFP®, director of Profile Investment Services, Ltd., looks at both opinions on today’s financial podcast. Is there a “right” or “wrong” answer?

Author, journalist, and speaker Devin Thorpe shares his thoughts on social good and how to identify companies that are passionate about CSR – corporate social responsibility.

Douglas Goldstein: I'm very excited to have, on The Goldstein on Gelt Show, Devin Thorpe, who was a finance guy until he decided to become what's called a “champion of social good.” He’s also a Forbes contributor. Should I call you “Robin Hood”?

Douglas Goldstein: All right. What does it mean to be a champion of social good?

Devin Thorpe: I started trying to focus on ways to identify people who were doing good in the world and to find ways to tell their stories. My theory is that by telling their stories, either in print or on my show or in my speeches, I would help them do the good that they're doing. That would increase the amount of good that they do.

Douglas Goldstein: Seeing that this is a personal finance show, doesn’t it seem that the two might be a little bit antithetical - making money and doing good?

Can You Really Make Money and Do Good At The Same Time?

Devin Thorpe: I've written a couple of books, including my bestselling book, which is all about how to use your own money for doing good. I think the happiness we get from doing good makes it highly relevant to our personal success, and therefore trying to figure out how to harmonize those two things can seem antithetical. But it does make us better people and happier people.

Douglas Goldstein: I heard a speech about 15, 20 years ago by a guy name Howard Jonas, who was the head of IDT. IDT was competing with AT&T at the time. He gave a speech to business men and women and he said that he and his wife give 20% of what they earn to charity. I remember he was much more dramatic in the way he said it, and I was quite impressed. I went home and I said to my wife, "We should be like this guy and be 20% charity-givers." We actually started along that path and thank God I've been able to continue that.

One of the things I began to realize, as I was talking about this more and more with people, is that a lot of the most successful people I know are very, very big donors.  For some people it could be a religious theory that those who give, will get. More practically, I realized that people who have the mindset of giving don't see accumulation of wealth as the main goal. They see what the power is of the money, and therefore they can make more money. Does that make sense to you?

Devin Thorpe:            Yes, absolutely. I believe that money's only real value is the good you can do with it. I'm excited and impressed that you have become such a generous guy.

Coke and Pepsi and Their Corporate Social Responsibility Program

Devin Thorpe: Yes. I focus a lot of my energy on corporate social responsibility. In so doing, I'm looking at the good that companies are doing. There's clearly some companies out there who are engaged in what we call “green washing”. They're trying to make themselves look good despite being bad. But more companies are now getting the message that their consumers and their investors are expecting them to be good. To actually do more good than harm and to make up for and solve the problems they create.

Coke and Pepsi both have massive programs that they're engaged in to create and protect water, because water is their primary ingredient. We see that it makes perfect sense. 20 years ago they didn't even list water as an ingredient in their products.

Douglas Goldstein: No kidding. What sort of things did they do?

Devin Thorpe:            They're out there engaging with organizations like Nature Conservancy to protect and preserve the actual habitat around rivers, and things like that, where water comes from, so that that water is protected and preserved. What they're finding is that it's much easier and even more cost efficient to protect water than it is to remediate or clean water downstream.

Douglas Goldstein: So a lot of companies talk the talk, but some of them actually walk the walk and are able to do good while they do business. How can an investor identify a company which truly focuses on social good?

How Do You Identify a Company That Has a Genuine CSR Program?

Devin Thorpe: The companies that do will all publish an annual report on their corporate social responsibility. If you can't find it on the website, send an email to the company and ask them for a copy of the report. If there isn't one, that's a good sign that you've found an answer, but if there is one, take a few minutes and read it. You'll be able to tell whether it's white washing or green washing or whether in fact this is a company that's actually doing some good.

Microsoft, one of my favorite examples, is a company that has about $100 billion a year in revenue, and they're giving away over $1 billion a year in free product and cash donations together. They're actually giving away more than one percent of their revenue, which for a company of that scale is pretty impressive. I would say that that's a company that is really doing good. They introduced Windows 10 with a massive cause marketing program that was really inspiring. It was all about how you can use your computer for good and it was their primary Windows 10 marketing campaign.

Douglas Goldstein: One of the things that I've seen is that a lot of the Wall Street constructs that talk about this sort of thing, the mutual funds and the structure products, are simply designing or packaging things to look green or to look good for people. However, it's just another way of selling an investment. Is that your sense also?

Devin Thorpe: I believe that increasingly, there are more and more Wall Street investors who really care about this deeply. They are investing real time and energy in developing meaningful standards for measuring and reporting on social good. They are also subjecting companies to meaningful standards and measures. As a result, I think that there are mutual funds you can buy that aggregate socially responsible companies that have meaningful measures to them. I'm excited about the impact investing movement, as it's gaining a lot of steam and people are finally finding companies that they can invest in, that are changing the world.

I've put some money into Tesla. I share that not as a boast but as a disclosure. I think Tesla is a great example of a company that you can buy that is changing the world in a proactive way.

Douglas Goldstein: We're just about out of time, but you've actually mentioned several companies here and I know that you speak to a lot of CEOs on your YouTube channel. Just tell me in the last few seconds, Devin, how can people follow you and follow your work?

Devin Thorpe: The easiest way to find me is at DevinThorpe.com.

Douglas Goldstein: All right. We will put a link to that at the show notes of today's show at goldsteinongelt.com. Devin Thorpe, thanks so much for your time.