How to Help Your Aging Parents with Financial Decisions 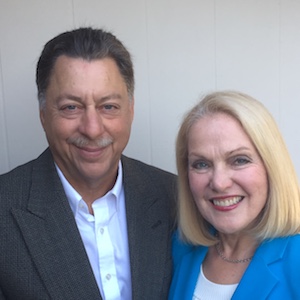 Most adult children eventually face the problem of having to help aging parents with financial decisions. What is the easiest way to have that discussion when the time comes?

Carolyn Rosenblatt and Dr. Mikol Davis of Aging Parents offer non-threatening ways to begin the conversation and how to respond if a parent doesn’t want to talk about the subject. Approaching an aging parent about their intellectual (and fiscal) demise is a delicate matter.

Related, is the subject of elder financial abuse. Sadly, there are people who will take advantage of a deteriorating mental and physical state. Listen to learn some common preventive measures you can take to protect the elderly. They cover conversations a family should have and conversations that should be revisited later on down the road. If you need a little advice on how to speak to your aging parents about their finances, tune in now.

Doug received a listener letter from Matthew who asks for advice on how to control his expenses. Doug answers his question with a list called, The Worst Mistakes of High Earners and How to Avoid Them. Download the list here.

Free Download: The Worst Mistakes of High Earners and How to Avoid Them

To learn more about Roger Whitney and his 5-minute retirement plan, go to rogerwhitney.com/5minuteretirementmakeover/.


Watch How to Help Your Aging Parents with Financial Decisions on YouTube.

Carolyn Rosenblatt has experience in nursing and legal practice, while her husband, Dr. Mikol Davis is a psychologist. In this show, they share tips on how to deal with your aging parents with discretion, when it comes to money. Also, what is financial elder abuse?

Douglas Goldstein: I am very excited to have back on The Goldstein on Gelt Show, Carolyn Rosenblatt, who is joined today by her husband, Dr. Mikol Davis. Together, they not only advise regular people like you and me, but also work with advisors, teaching them how to help clients who are dealing with aging issues.

I want to start with this question about how to talk to aging parents, because it is a very difficult situation. These people have, for their whole life, been responsible for handling their money and probably handling it well, and probably have made a lot more money than their kids. But suddenly, their kids come along and say, “Hey, Mom or Dad, why don’t you let me take over?” What’s the best approach for dealing with someone in that situation?

Mikol Davis: It is a very controversial and somewhat conflicted situation that boomers’ adult kids find themselves in, when they begin to realize that their parents are starting to lose the sharpness that they’ve had about following up on their finances. The way that we found to be most effective in approaching that is when you take the onus on yourself. For example:

“Mom, Dad, I’ve noticed lately, when I’ve come home to visit, that some of the bills that normally get paid on time seem to be piling up, or I noticed a late notice on the floor in the other room, and I just wondered if this might be a time that I could help you automate the process. There are these things called online banking that would help make this process so much easier. That would give me peace of mind to know that there wouldn’t be anything bad that would happen with you, and that would just help me a lot.”

Use the Right Words

Douglas Goldstein: The language you’re saying is very much like what a stewardess might say in an airplane when she wants you to strap in or put your iPhone away. She says, “Would you do me a favor and put this away?”

Are you using that term on purpose, because that’s the way to speak to people?

Mikol Davis: Of course, because what it does is it puts the onus on yourself vs. the approach that many people take, which is, “Mom, Dad, you’ve got a problem. You’re losing it,” and that creates tremendous defensiveness.

Douglas Goldstein: Sometimes people say these kinds of things, and they do approach their parents very politely and respectfully, like you’re saying, but the parents aren’t into it. They say, “No, it’s okay. I’ll take care of it. I just forgot.” And they want to push you away. What’s the next stage?

Mikol Davis: I think what you’re saying, Douglas, is very common. There is a big pushback. People don’t want to accept that perhaps they’re starting to lose their sharpness, or they are fearful about becoming dependent on their kids or someone else.

I think the secret in what we’re dealing with, when we get that pushback, is to persist. Respectfully acknowledge what you heard, that they’re not ready yet to have that conversation. But also let them know that this is a critical enough area, and you’ve seen people being taken advantage of by others because of, say, financial elder abuse, and you’re going to have this conversation again. Then schedule some time to begin that process again.

Douglas Goldstein: The financial elder abuse, traditionally, or I think unfortunately, more often happens within the family than from someone on the outside. Is that correct?

Carolyn Rosenblatt: Statistics show us that family members are the most frequent abusers. Professionals take the most money from them. It is rather common for the daughter or the son, the grandchild, or whoever, needs something and sees the grandparent or older person in the family as an easy target because of that trusting relationship.

Douglas Goldstein: So, the parents are legitimate in thinking that they don’t want to give control, necessarily, because they might be afraid?

Carolyn Rosenblatt: They might be afraid, but I think that in most families, there’s at least someone whom they have reason to trust, and that person should be the one that they’ve appointed on whatever documents. That would enable another person to have control over the money, like a power of attorney for finances.

Review the Power of Attorney Regularly

And it’s just critical to review those situations again, because people change, Doug. The son might have been great when he was in his 20s, and Dad did the document, but maybe in his 40s he’s addicted to substances and he can’t control himself, and he needs money. That’s where the trouble is. Those documents should be looked at and reviewed every few years, for example, to be certain that things have not changed.

Know the Documents That You Need

Carolyn Rosenblatt: There are two basic areas: one is about money and the other is about health.

With the money, we want to make sure that even if all you have is one house and a few hundred dollars in the bank, you have a will and or a trust because we want to avoid probate.

In most places, you can avoid the expense of going to court that we call “probate” by having a trust so that the people you want to leave your money or your house to will get that without having to go to the court.

By the way, a power of attorney can be gotten in every state in the United States on the internet. It’s a pretty good basic document. It’s per state, but they’re generally the same, and it’s free.

The other part of that which deals with health in that aging question is an advanced healthcare directive, also called the “living will,” which sets out who you want to be in charge of the decisions about your health if you cannot speak for yourself.

It’s very important if people become comatose, or have a stroke, or something happens that they can’t talk, and then somebody’s got to decide what’s going to happen next and communicate with the doctors.

That power of attorney for healthcare, or “advanced healthcare directive” as we call it here, is equally important.

Douglas Goldstein: Yeah, that’s important for people listening in the United States. A lot of our listeners, as you know, are outside the U.S. Many of the people who listen live in Israel, or are U.S. expatriates, in which case not all these documents work the same.

In Israel, it simply doesn’t work the same, and it’s important for people to get good advice on this because otherwise you may find out that when your parents are no longer capable of handling it, and you go to the local bank with your U.S. power of attorney, they’ll just say, “We don’t recognize that.” And that will open a Pandora’s box of legal problems.

Mikol Davis: What we know is that at age 65 and older, our faculties to be able to deal with the various ways that we access both long-term and short-term memory, and our analytical abilities to make decisions, diminish. There’s no question about it; it diminishes.

As you get older, that becomes much more difficult to be able to take on, and take in new information, and have that as a part of your financial decision-making process.

Obviously, this would then affect the ways in which you approach spending money through retirement.

Most importantly, what we see is that people become a lot more impulsive as they get older, when they start losing certain faculties and start making poor financial decisions, because they don’t have the same controls that they did when they were younger.

Douglas Goldstein: Interestingly, I think that many of us, certainly professionals in any field, have seen this as their clients are getting older. At the end of the day, it’s still very difficult to say to someone, trying to use the same words that you used, “It would help me if you could turn over control.”

In my day job as a financial advisor, if I do see someone beginning to have less interest in handling his money, let’s say, I often suggest that they bring in their children, or some trusted relative, who can get more involved. But these are some of the most difficult questions that we have.

Douglas Goldstein: I see that one of the most difficult things we have now is we’re just about out of time, yet I know there’s a lot more that both of you can teach on this.

Douglas Goldstein: Great. Carolyn, Mikol, thanks so much for taking the time.

Mikol Davis: Thank you very much.