Do You Really Need to Make More Money? 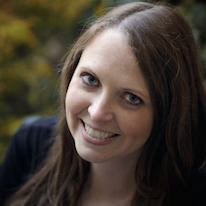 Everybody wants to make more money in investing, but do you really need to? Investing is a personal choice that you should be able to customize to your own needs. Some people invest for growth while others just want to maintain their principal.

Financial journalist Miranda Marquit shares her own investment challenges. Miranda describes the life of a freelancer and how saving money can be difficult. She explains her money saving approach as well as why index investing fits her needs.

The 3 rules of thumb about investing

Doug explains why you need to keep an eye on your investments. He has 3 rules of thumb to remember about investing. Listen to the podcast to find out what they are. You should plan your investments around your life, not the other way around.

Follow Miranda Marquit’s financial advice at plantingmoneyseeds.com, and listen to her co-host The Money Tree Investing Podcast with Doug.

Watch Do You Really Need to Make More Money? on YouTube.

Miranda Marquit, freelance writer, blogger and a money management coach, talks about the freelance life. How can a freelancer effectively manage his money and deal with problems such as non-paying clients and late payments?

Douglas Goldstein: I'm very excited to have, on The Goldstein on Gelt Show, Miranda Marquit. She's a financial journalist and she talks about taxes. You've probably seen her in Forbes or the U.S. News and World Report. Or you have heard Miranda with me on the Money Tree Investment Podcast. For the two of us, this is kind of strange to be talking out of context on The Goldstein on Gelt Show. Miranda does a lot more than just talk about financial things. As a financial writer, one of the things that I know you do, is you juggle a lot of things. You work with a lot of people and so you have a lot of cash flow issues. How do you deal with that from a personal finance point of view?

The Freelancer and Cash Flow Issues

Miranda Marquit: As a freelancer, my monthly income is a little bit variable. I have been fortunate enough that I am a W2 employee, with a remote company now, where I do a lot of my writings, and Student Loan Heroes. I do have some stability now, but for the better part of 12 years I had basically just nothing but variable income.

The big challenge there, of course, is that you want to make sure that what's coming in can cover all of your expenses every month. That's the hard thing. Part of the problem you run into as well is that sometimes you have clients that don't pay. I am actually in the process of trying to get $1,300 from a client who hasn't paid for three months.

Douglas Goldstein: Is that the same thing as an emergency fund?

Douglas Goldstein: “Income funds” is a good word, actually. Let's say you spent $5,000 a month, and you don't necessarily make that every month, but one month you make $10,000. Would you put that into an income fund and then use that to flatten out your spending?

Why Should A Freelancer Have a Line of Credit?

Miranda Marquit: Yes. It's just a way to make sure that you're still taken care of. Another thing I do is, I actually have a line of credit attached to my checking account. It's linked to my checking account. It's one of those things I got because sometimes, as a freelancer, your money doesn't come in all at once. You invoice everybody on the last day of the month, then you spend the next three weeks waiting for stuff to come in. Sometimes it comes in the next day, it's like one client will pay the next day, and then another client will pay five days later, and then another client will get you the money a week later.

Douglas Goldstein: You have the line of credit, and you have the income fund. Miranda, a question that freelancers may ask is, if you're trying to build wealth, and you're dealing with lines of credit and trying to get people to pay you for the work that you've actually done, how do you build up a retirement fund?

Miranda Marquit: I make it a part of one of the things that I do. I have an IRA, and every month money goes into it. It can be hard to do when you're first starting out freelancing, and you don't have a lot of money beyond trying to make rent. It is important to set aside that money and to say, "Okay, I am going to set aside x amount of dollars each month for retirement," and have it automatically deducted from my checking account and put into my IRA. Or you might want to open a SEP IRA or Solo 40(k). There are options out there for people who are self-employed.

Can People Save Enough In An IRA?

Douglas Goldstein: Do you think people can save enough in an IRA? Should they simply be saving in a regular brokerage or bank account?

Miranda Marquit: It depends. As we all know, the earlier you start, the better. I've done the calculations. I’m a saver and a confirmed indexer. For me, just because of when I started, and how well the market's done and the assumptions that I make - which are on the conservative side for annualized returns - it's fine for me as long as I'm maxing out my Roth IRA each year. I will still make my retirement goal.

Of course I have a 401(k) with my new company and they offer match. I'm doing that as well just for extra gravy, but if you start in your 20s, then maxing out an IRA is probably going to be okay. I don't like to rely on it though. I'm a big fan of diversifying your revenue sources and having different baskets.

Douglas Goldstein: Why do you choose indexing? Why indexing?

Douglas Goldstein: Don’t people come to you and say, "Miranda, come on! Don't you know a little better than the market?"

The Market. Who Can Figure It Out?

Miranda Marquit: The market is a fickle thing and I don't think that I need to try to beat it, and it's not in my makeup to have to try and beat it. I'm not this person who's like,” I have to beat the market” and that's a medal that I can wear. I look at what is going to be sufficient for my lifestyle goals. Indexing is more than sufficient for that. That's why I like it because I don't have to worry about whether I'm picking the right stocks; doing the individual stock picking. I don't have to worry about whether I've done the right thing, whether I've picked the right stock, whether it's going to tank, etc. Yes, there are ups and downs in the market, but over any 25-year period, the market has not lost, so the market as a whole has never lost out. Overtime, the indexing should pay off.

Douglas Goldstein: People often say, "Doug, you're a financial advisor and you know what to do, don't you?" I tell them that most of my money is handled by institutional money managers and they generally trade index funds.

Miranda, if people want to learn more about you and the work you're doing, what's the best way for them to follow you?

Miranda Marquit: You can find me at plantingmoneyseeds.com where I write about home business, investing, and planning your personal finances around your life goals.

Douglas Goldstein: Okay.Miranda Marquit, thanks so much for coming.