Know the Intrinsic Value of Your Investments 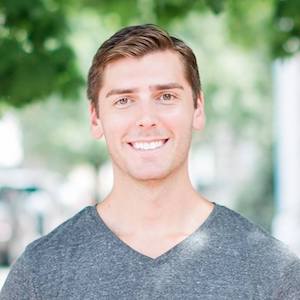 What is the difference between a stock’s price and intrinsic value?

Learn how to determine a stock’s intrinsic value, and how to make sure you pay less than the value you receive.

You don’t even know how aggressive of an investor you really are!

Believe it or not, many of your “safe investments” carry some level of risk (like inflation risk and interest rate risk). Doug compiled a list of these risks, and steps you can take to minimize the aggressiveness of your portfolio. Download this list now.

What does “value investing” really mean? And why doesn’t John Szramiak believe there’s a dichotomy between value and growth stocks?

Douglas Goldstein: I’m very excited to have on the show, John Szramiak, who runs a website called Vintage Value Investing.

Value investing is one of those things that people often attribute to the greats like Benjamin Graham and Warren Buffett, Charlie Munger, and of course, John’s right in there too.

Next week, I’m hoping to have Warren Buffett on, but John, I’m very happy to have you today to introduce us to the topic of value investing. What does it mean?

Doesn’t everyone want to buy a good value?

What Is Value Investing?

John Szramiak: When people hear the word “value investing,” a lot of people think value stocks vs. growth stocks, where a value stock would be a slow growing, mature, unpopular company that has a low evaluation.

Then a growth stock would be a high-tech flashy, popular company, like the Googles and the Facebooks of the world. In reality, that’s a distortion of what true value investing really is.

He was a very successful investor in the 1920s and 1930s and then taught at Columbia Business School.

He taught Warren Buffett - he was actually Buffett’s mentor. Warren Buffett was the only student to ever get in Ben Graham’s class, and then David Dodd was his teaching partner at Columbia Business School.

I think the best way to explain what value investing truly is, is to use Ben Graham’s allegory of Mr. Market, which was a fictional character that he created.

Let’s say you own an interesting small business. It could be a convenience store in your local hometown, and you have a business partner called Mr. Market, who also owns a part of that business.

He’s a pretty nice guy. Every day he comes to your door and knocks on it, and offers to buy your interest from you or sell you his.

The problem with Mr. Market is that he’s a little bit bipolar, so sometimes the sun is shining and he’s really euphoric and optimistic about the prospects of the business, so he’ll quote you a very high price.

Other times he’s gloomy and depressed and doesn’t think the business is going anywhere, so he’ll quote you a very low price.

The beautiful thing about this arrangement is that you can always tell Mr. Market, “No. You don’t have to buy or sell.”

Now, the stock market, of course, acts in the same exact way, so every day you’re getting quotes from other investors, Google for $970, IBM for $150.

Then, in your own head, you have what you think Google or IBM is actually worth and that’s called the “intrinsic value.”

Douglas Goldstein: Is the intrinsic value the value that you are placing on that specific investment, whether it’s Google or your own company?

John Szramiak: Exactly, and everyone will come up with their own intrinsic value for different stocks.

Technically, the definition of intrinsic value is the amount of cash that a business will generate over time; “discount to the present” is the technical name.

John Szramiak: Right. The amount of cash that an investor would be able to take home, out of the company from now into the future, so not exactly the same as let’s say accounting profits, which can be skewed by different accounting treatments.

The core principle of value investing is very simple; it really just comes down to knowing the difference between price and intrinsic value and paying less than the value you receive in return.

Every other topic that is part of value investing philosophy, like margin of safety for example, always comes back to that core principle, which is knowing the difference between price and the intrinsic value, and then paying the rest in the value you receive in return.

Douglas Goldstein: John, there are a lot of ways that people can evaluate the value of a company, and as you said, each person has a different way of modeling intrinsic value.

Doesn’t that mean that it’s all subjective? There’s no objective measure other than future cash?

In fact, you said it’s the future cash that the company’s going to earn, brought into today’s dollars, but for how many years? Is it over the next six months, six years, or sixty years? How do you decide and why isn’t there some kind of global agreement on how to determine what the value is of a company?

Is There a Global Agreement on How to Determine the Value of a Company?

John Szramiak: People often say that stock evaluation is as much of an art as it is a science. I don’t think I have a good answer to your question.

When you’re investing in a stock, you are buying or selling to someone, so obviously there’s someone on the other side of the trade.

If you think a stock is undervalued, the person selling to you obviously thinks that the stock is overvalued, so both of you will have different views on stocks. What you’re making is a bet on the future.

Douglas Goldstein: Why is it a value? I just want to understand it, because some people call certain stocks, value stocks, and other stocks, growth stocks.

Let’s use your example of Google, just because I think it’s a good topic.

To me, it seems on first blush that Google is all about growth, right? They’re trying to grow and get into a new market.

They want to be in the car market soon. That’s growth as opposed to value, which to me would seem like something very old, predictable, and boring because then you can really measure the value.

Is it possible to refer to, let’s say a stock by Google, as a value stock?

Is Google Stock a Value Stock?

He recently bought a ton of Apple stock, which has always been the prototypical “growth stock”.

When you come back to the core principle, knowing the difference between price and intrinsic value and paying less in the value you’ll receive in return, and you think about growth stocks vs. value stocks, growth will always play a part in the calculation of the intrinsic value of a stock, whether it’s high growth or low growth.

Obviously, other investors know Google is high growth, so presumably it would have a high evaluation based on its current day earnings, because people think they will be able to earn even more in the future. So I have a higher price, and you’ll have to pay more for that growth.

That’s why I don’t think there’s a dichotomy between value and growth stocks.

Douglas Goldstein: Really, you would argue that there really is no difference? What if I had asked you originally what a growth stock is, what would you have said to that?

John Szramiak: I would say the way people define it; as a high-tech, flashy, popular stock.

However, that’s not a good way to look at it. When I talk about value investing, I’m not talking about slow growth or mature companies.

I’m talking about Graham and Dodd’s style of value investing, which is how the term should be applied, and the difference between price and intrinsic value.

The reason that value stocks became classified as slow growth or mature on popular stocks is that because those stocks tend to have characteristics where price would most often diverge from intrinsic value.

People would want to pay less and think that those companies have lower prospects for the future, so there would be more opportunities to apply a Graham and Dodd’s style value investing vs. a high-tech, flashy stock.

Douglas Goldstein: If there is no real definition, how can there be ETFs that are value-based ETFs? It seems to me like you’re saying, if an investor’s really smart like you or Warren Buffett, and I’m using the two of you in the same sentence, you guys would be looking at a stock, and making a determination of its value and then comparing it to the price.

Maybe the question is, do you believe that there are ETFs that can do this because it’s based on a fixed algorithm?

John Szramiak: Yes. In a sense I think they can pinpoint various metrics like low P/E ratios, low price to cash flow ratios, and that could be a successful strategy.

You can use some of those screens yourself if you try and narrow down the framework of how you’re investing.

If you’re an investor trying to pick individual stocks, then I think the best way to look at it is this difference between price and intrinsic value.

For example, one of the first stocks that Warren Buffett bought was GEICO, and that of course is probably Berkshire Hathaway now, but he bought it a long time ago and that was a growth stock when he bought it, even though he was firmly in the value investing camp.

Douglas Goldstein: I see, but it eventually changed into his market.

Hey John, I see we’re just about out of time, but in the last few seconds, tell us how can people follow you and follow your work.

John Szramiak: You can visit my website at http://vintagevalueinvesting.com/ and sign up for my weekly newsletters. It’s completely free and you’ll have access to all of the latest articles and a roundup of the best value investing articles I have read from the past week.

Douglas Goldstein: John Szramiak, thanks you so much for your time.