Why You Don’t Need to Be Scared of Market Volatility 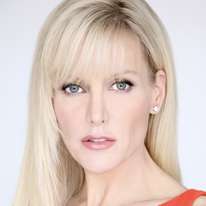 Does investing in rental property lower the risks posed by market volatility?

Doug discusses the advantages and disadvantages of investing in the rental property market in the United States. Renting out a property involves challenges, such as finding responsible tenants, handling repairs, adhering to building and safety codes, and much more. Find out how to invest in property without all the hassles of being a landlord by purchasing a REIT (real estate investment trust).

Are you worried about market volatility? Bestselling author and president of Empyrion Wealth Management, Kimberly Foss explains why market volatility shouldn’t scare investors away. She offers a special bonus to our listeners: a free copy of her book

Wealthy By Design: A 5-Step Plan for Financial Security. Listen to the end of the show to find out how to get it.


Watch Why You Don't Need to Fear Market Volitality on YouTube.

Kimberly Foss, president of Empyrion Wealth Management and author of Wealthy by Design, discusses the best ways to deal with volatile markets, especially as you approach retirement.

Douglas Goldstein: Kimberly Foss is the president and founder of Empyrion Wealth Management and the author of New York Times bestselling book Wealthy by Design.

We are dealing with very difficult markets these days, but I know that you sometimes talk about the good side of bad markets. Show me some light here.

Kimberly Foss: It’s really difficult, and I know a lot of advisors are struggling with this as are investors now. They have an awakening toward this volatility, but the reality is there is volatility in the markets. We just have not had it in a while, so people aren’t quite used to it again and it’s not fun. But wouldn’t it be nice to get a study with a greater return of 4% rather than all of these ups and downs every year? So I tell my clients, and they go, “Oh yeah,” but I say, “Yeah, well be careful for what you wish for because the idea of the volatility is we get to basically buy on discounts.” So I have three reasons when I say to my clients, “Hey, you know what? It’s important that the markets are volatile, and actually there’s a good side as well as a bad side of volatile markets.”

Really, the fact that the downturn of markets scares people is a reason why stocks deliver higher rates of return than bonds. I mean, that’s called the “risk premium,” and people aren’t willing to pay as much for an investment that could go down.The other side of that is we, being buyers, get to buy on discounts. Sometimes I refer to it to my female clients as a stock market 70% off sale. You’re still getting the Louis Vuitton bag, but you’ll get it for 70% off. I mean how great is that, right?

Douglas Goldstein: Certainly from the buying side, it sounds good, but people who let’s say bought a year ago are now saying “Oh, my gosh! I must have made a big mistake.” Do you think they did make a mistake?

Kimberly Foss: Yes, but the thing is perspective. Everything is in perspective. Over history, stocks have been fairly consistent even at relatively bargain levels, basically delivering higher rates of return than long-term bonds and cash itself. Just look at the S&P. Small cap stocks outperform large cap stocks; values of stocks outperform small and large and bonds and cash. And so, yes maybe last year, even though you bought at a higher price than today, you’re still going to buy today and then, you know what? In 5, 10, 15 years it’s not going to matter because you’re going to look back at these times and go “Wow! I got that Google for cheap.”

Should Retirees or People Close to Retirement Still Be Exposed to the Stock Market?

Douglas Goldstein: It’s true, what you’re saying, that on paper when we look back we always tell people that past performance is no guarantee of future returns. On paper, things look pretty good and it’s good to buy when the market is down, but let’s say someone is in retirement, or about to retire, or just retired. Do you think it’s still appropriate to have a lot of exposure to the stock market?

Kimberly Foss: The first and foremost question is, what’s your allocation? That really drives and determines the variance in your portfolio or volatility, and volatility really affects your return long-term. So if we quiet that noise through the allocation, or if you were, say, five years before retirement or you’re just about to go and retire, you don’t want to be 60/40 in stocks and bonds in that portfolio. You probably want to be more like 40/60. As to retirement time as well, maybe you’re 2 or 3 years before or you’re just into retirement. I have a lot of clients just starting retirement. So let’s keep 1-2 years cash on the sidelines to basically fund your retirement, and tell people they can get through these volatile times and invest the rest for the long term.

So when you’re buying on a regular basis, putting money in on a monthly, quarterly, annual basis, you’re basically buying hopefully near the bottom. But in the long term, you’re certainly doing a better job of buying into the market than putting just a lump sum in there all at one time and trying to time that. Over time, this actually yields you more return on your investment again because your stocks have actually returned more than bonds in the long term.

Douglas Goldstein: I want to touch on something you said a minute ago, which is the idea of keeping a big cash reserve - you actually said for 1-2 years. I often tell people that the traditional wisdom of 3-6 months of spending in cash is not enough. You’re saying 1-2 years. You think that’s the right amount these days?

Kimberly Foss: I was saying 1-2 years, in the event that someone is just about to retire. If you are 42 years old, then you’ve got 20 years out to retirement. So you don’t need to keep you 1-2 years in cash. If you want to keep enough on the sideline so that you can, when the markets do come down, say 10-15%, you’ve got extra money to put in. But if you were a year out of retirement, keeping that 1-2 years on the sideline is a good idea, but ideally what that’s doing is just funding your monthly drip. So if you wanted to take $2,000, $3,000, $4,000, $5,000 dollars a month out of the portfolio, this is in cash, so you’re not having to dip into actual investments, which may be somewhat volatile at this particular time.

Douglas Goldstein: I think that’s important. That was a good distinction between having an emergency fund, which everyone should have, and having a cash retirement basket just to cover your expenses when you are in retirement mode.

Kimberly Foss: I do agree with you about the emergency fund. Those are two different things. With an emergency fund, it is really important for people to keep at least a year on the sidelines because you’ll never know if you’re going to lose your job. Especially if you’re in your 50s and you lose your job, you may get a severance package that lasts 6 months, but you’re still not going to be employed. That would really cut into your retirement. That’s a critical time from 50-65, very critical for adjustments. So you want to keep these possibilities in mind.

I see millennials who, because they watched their parents go through 2008, are scared and they don’t trust advisors out there. They are actually looking at more robot advising than actual human beings, which I think is fine in in the early days, but not as you accumulate wealth. Statistically speaking, they are really playing with about a third of the savings that they are putting away in the stock market. So I remember when I first started, I was 100% in the stock market. Up until maybe my late 20’s or early 30’s, I started putting a little bit of bonds into the portfolio, but the only way to capture wealth is to be into the stock market. You need to, absolutely. My daughter just started a job in Austin, Texas, and we just did her allocation for her 401(k), for which for her company is matching her 3%. I’m so proud of her: first job, 22 years old, and we did the whole allocation basically taking into account that she’s 22. So a little bit, about 20%, went into in fixed income and 80% into the stock market.

How Can People Change Their Financial Habits?

Douglas Goldstein: A lot of people who don’t have parents who are financial advisors don’t really get good advice when they’re trying to develop good habits. They just can’t. If you’re meeting with a couple or a family who have bad financial habits that they’re trying to change, what guidance do you give them?

Kimberly Foss: One of the things that I do try is to get them to acknowledge where they are spending money. So we just start out with the basics. Let’s see where you’re spending money. Let’s just take a pencil or a pen and a yellow piece of paper and write down your spending over the last six months. That really is an eye opener. Once you get the parents on board, and they say, “Hey, wow! I really do need to take a look at this and how can I help change my habits,” that is the first step. If the parents are not on board, God help the children. It’s really hard, but if you have the parents on board then what I do is I listen to them and say, “Hey that’s bad for your children. Let’s start coaching them early and often. And using apps like Acorns.com. That’s a great app. It rounds up purchases. So if you have trouble saving even for an emergency fund, here’s a way. If you go and buy Starbucks coffee for three bucks, you control the buying. So you can round it up to $5, and $1.50 goes into an investment account where you choose the allocation. Again my daughter did this and saved just 18 bucks a week. It doesn’t even feel like you’re saving, but it yields a $1,000 a year. So you could easily squirrel away quite a bit of money without really feeling it.

Douglas Goldstein: Could you just tell people how to get a free copy of Wealthy by Design, and how they can follow you and your work?

Kimberly Foss: You can go on our site www.kimberlyfoss.com and sign up there. Send me an email at Kimberly@kimberlyfoss.com directly. Just request that you were listening to the show, and I’d be happy to send you an autographed book to your physical address, and we’ll go ahead and send you one out from here. You can buy the book at Barnes & Noble.com and Amazon.com as well.

Douglas Goldstein: Are there any other websites where people can follow you?

Kimberly Foss: My private wealth management site, which gives you a little bit more information what we serve, which is www.empyrionwealth.com. You can also follow me on Twitter @KimberlyFossCFP, Facebook, and LinkedIn.