Do Dual Citizens Need a Separate Will for Each Citizenship? 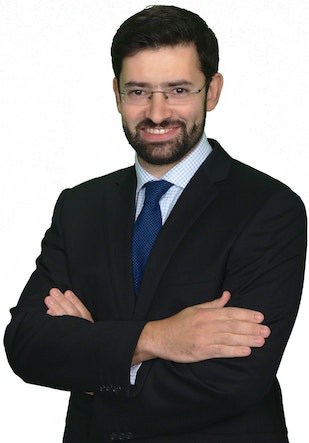 Should dual citizens have one will for assets they own in both countries, or will one will cover their global assets?

Albert Goodwin, a New York attorney, speaks with Doug about the importance of Americans in Israel having an Israeli will. Albert has experience with helping people in New York, Miami, and Israel with estate plans. Albert advises, if you live in Israel, to definitely have an Israeli will. There is more red tape involved with trying to use a U.S. will in Israel, as foreign documents and official translations can complicate matters in court.

There will be two probate proceedings in each country. A trust can eliminate the need to go to two courts.

Are you setting up your children for financial success or failure?

When the time comes to pass responsibility for finances to your children, choose who to trust with task wisely.

Why do females get a bad rap when it comes to assuming financial responsibilities? Are you responsible for inadvertently propagating the stereotype?

To learn more about passing the reins to the next generation, watch a replay of a seminar Doug gave on the topic.

To learn more about Albert Goodwin visit www.NYEstatesLawyer.com to find out all about estate planning and his services.


Watch Do Dual Citizens Need a Separate Will for Each Citizenship? on YouTube.

Albert Goodwin, estate-planning attorney, and Douglas Goldstein tackle the issue of wills. Should you have a different will based on your location or is one will sufficient?

Douglas Goldstein: I am very excited to have here, on The Goldstein on Gelt Show, New York and Miami attorney Albert Goodwin. He is well-known for his work as an estate-planning attorney. I guess he helps a lot of people who live in New York and in Miami. Albert, where are we reaching you today?

Albert Goodwin: Right now, I’m in New York but I could be anywhere, depending on the day.

Douglas Goldstein: Sometimes even in Israel, I understand.

Douglas Goldstein: Let me start with this question since it comes up in my office a lot. My day job is I’m a financial advisor. I’m based in Jerusalem, and I work mostly with people who live in Israel but have U.S. accounts.

Is there a single answer for this or is it more complicated than that?

Should I Have One Will or Two Wills Based on My Location?

Albert Goodwin: There is a very simple answer for this. You should definitely have an Israeli will if you live in Israel.

Israeli wills are pretty easy to make and I’m going to go through a few options you have for making an Israeli will. Now, an American will is also okay but it will have a few issues.

Douglas Goldstein: You’re not saying both. I just want to clarify. You are saying that you should only have one will and it will cover assets on both sides of the ocean?

Albert Goodwin: It’s a little more complicated than that, but there is a simple answer. The best thing to do is to make an Israeli will, in Israel, with an Israeli lawyer. If you live in Israel then get an Israeli will. That’s the best way.

Douglas Goldstein: Why is that better than, let’s say, a U.S. will?

Albert Goodwin: Because a U.S. will would work but there’ll be a lot of red tape. Israel is known a little bit for the red tape. There’ll be some red tape with the Israeli will too but an American will would have much more.

So if you are asking, will an American will work in Israel? Yes, it will work but if you’re asking what is the best thing to do, the answer to that is the more convenient thing to do is to make an Israeli will.

Douglas Goldstein: I know that probably there’s nothing normal in your world, but let’s say a couple who live in New York retire, make Aliyah, and move to Israel. They keep their brokerage accounts and their IRAs and maybe even an apartment in New York, but they live in Jerusalem and now they’re going to write one document, one will.

Let me clarify: is it right for them to have one will, an Israeli will that will cover everything, or should these people think of having two wills?

Albert Goodwin: The way it’s going to work in the estate proceedings is, if they choose to go with wills now, they can also make a trust.

If they choose to go with a will, then they’ll have two separate probate proceedings, one in Israel and one in the United States.

Now, I’m going to go into something else a little bit here. What I recommend for people who have property in two different countries is to make a trust, not a will.

Douglas Goldstein: Let’s come to trusts in a minute but let’s focus a little more on this.

Albert Goodwin: It’s best to have two separate wills: an American one and an Israeli one. They should be identical in content but one American, one Israeli. One for America, one for Israel. I think that would make more sense.

Douglas Goldstein: Doesn’t a will always start with the phrase, “This is my final will and testament, and all previous wills and testaments are now cancelled?” In which case, wouldn’t that be a problem to have two documents?

Albert Goodwin: No, I don’t think so. I think it would be fine.

Douglas Goldstein: All right. We’re talking with Albert Goodwin, who is an estate attorney. He specializes in litigation. I hope we’ll have a chance to touch on that, a little bit.

But Albert, you brought up a topic, which I think is important, so let’s get some definitions on the table.

If a person wants to have a trust in order to ease the transition of assets from himself to his heirs, how does he set that up and what does that really mean?

Setting up a Trust

Albert Goodwin: The thing with a trust is for a trust to work, you’d have to set it up like a corporation. It has its own tax ID and its own documents and you’d have to transfer all of your property into that trust.

For a lot of people, it’s an inconvenience to have property owned by a trust as opposed to owned in your name. It’s a little bit of a hassle filing taxes.

Obviously, I know more about this on the American side than on the Israeli side but there’re a lot of pluses with trusts.

As well as an inconvenience, the plus side is that you would avoid this probate at least in the United States and the property would just pass to your heirs automatically upon your death.

There’s no perfect way of setting this stuff up. You’d always have to balance the inconveniences and decide which ones are the least inconvenient for you.

Douglas Goldstein: Some trusts are revocable and others are irrevocable. Other than the obvious definition, what’s the practical difference between the two?

A lot of the trusts that I recommend are revocable because you have the flexibility of changing them around and modifying them without chipping into any of the estate planning that you do.

Douglas Goldstein: Would either of these two types of trusts help a person to avoid taxes or are they going to be taxed way?

Will Trusts Help You Avoid Taxes?

Albert Goodwin: It used to be many years ago that you would get some tax benefit from trusts but I don’t think that’s the case any longer.

Part of it is that the accounting doesn’t make sense anymore because of the market, where the interest rates are not as high as they used to be.

Any tax benefits you would get from the interest on the trust are non-existent these days.

Douglas Goldstein: Apart from estate tax, there is death tax too. A couple can have over $10 million. All the planning doesn’t apply so much to people, but one of the things I’ll just mention for people who are listening in the United States, but have children in Israel, one of the common issues that we see is a person will go to a lawyer like you in America, set up a trust, and name his kids as beneficiaries.

What he doesn’t realize is that recent Israeli legislation has made that trust taxable in Israel simply because there is an Israeli beneficiary.

I’m no expert on this, as there are people who are real experts on Israeli taxation of trusts, but if you have such a trust set up for your kids or grandchildren and they live in Israel, you absolutely need to get proper counsel to make sure you’re not creating a worse tax situation when you thought you might have been improving it.

Have you seen people make these mistakes?

Albert Goodwin: I’m not sure if there is an estate tax in Israel. Is there?

Douglas Goldstein: It’s not estate tax. This tax would be taxed on the income that the trust earns, which could be substantial, and the tax could therefore be very substantial.

Albert Goodwin: I think that any country tries to tax their citizens on any kind of income, so Israel is no exception. I think that most countries will say that if you live here, we will tax you on your income no matter where that income comes from.

It’s no surprise that when you set up a trust and some of the income goes to your children who are in Israel, Israel will try to tax that as an income tax.

Douglas Goldstein: That’s right; it’s certainly something you have to watch out for a bit.

Douglas Goldstein: Yes, a lot of planning and a lot to be careful of. A lot of times people think, “Oh, it’s an easy solution. I’ll put my money into a trust or I’ll move to Florida,” and there’s nothing easy. The tax authorities are pretty smart.

Albert, you’ve certainly shared a lot of great information with us today but unfortunately, we are just about out of time.

Albert Goodwin: I’d love to have people look at my website. It’s got a lot of interesting stuff about estate planning and estate litigation and it has funny pictures on it, so that’s interesting.

Albert Goodwin: The easiest way to find me is to type in ‘Albert Goodwin New York attorney’ on Google and the website will come up. The actual name of the website is nyestatelawyer.com. I’d love to see you guys there.

Douglas Goldstein: Albert Goodwin, thanks so much for your time.