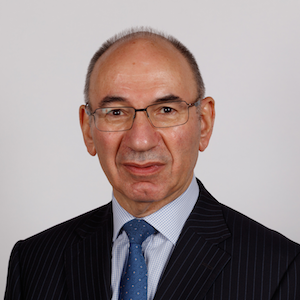 Are you looking for a way to choose better investments? If so, consider “factor investing.”

Professor Elroy Dimson of the Cambridge Judge Business School believes factor investing leads to better results. This is because, he says, if you expose your portfolio to a variety of factors (different from just investing in different industries or sectors), these distinctive attributes have a very important impact on how a portfolio performs.

How to talk to your parents about their finances.

Doug shares “10 Secrets to Talking to Your Parents About Money.” It’s hard to discuss money with a parent, but it is essential for solid financial planning. This top ten list is available for people who need help beginning that conversation. Click here to receive your copy of the list.


Watch Can “Factor Investing” Lead to Better Results? on YouTube.

What is “factor investing,” and how does it affect the average investor’s portfolio? Also, how long is long term?

Douglas Goldstein: I’m very excited to have on The Goldstein on Gelt Show, Professor Elroy Dimson from the Cambridge Judge Business School.

He also just came out with his book, Financial Market History: Reflections on the Past for Investors Today , and on today’s show, he’s going to tell you how you can get this $40 book for free.

Elroy, I’m very excited to have you because one of the things that I know you talk about - and you’re a real expert in - is the history of the market.

One of the things that people often look at is what is called “Factor Investing,” when they’re trying to make a lot of money in investing.

Let’s start by explaining, what is factor investing?

What Is Factor Investing?

Elroy Dimson: Factor investing involves focusing on getting exposure of your portfolio to a variety of factors, which differ from what people looked at traditionally.

To explain that, let me just give you the traditional background.

First, people looked at stocks and bonds. Then they looked for results of stocks in different countries, and then people naturally also talked about industries.

The modern approach is one which emphasizes factors which are different from industries. By factors, what we mean is sensitivity to inflation, or whether companies are small or large, or have a high or a low dividend yield.

These different attributes have a very important impact on how an investor’s portfolio performs.

Douglas Goldstein: For example, there might be several companies that people would normally buy, in different industries.

However, you’re saying, instead of looking at different industries, look at how these companies might react to a change in the interest rate environment, like utility companies or real estate companies?

Elroy Dimson: Yes. It’s not simply a question of fundamental analysis of how a company will react.

Factor investors look at exposure to these different influences. They will focus across many industries, and possibly across many markets, on whether they are tilted towards small cap or large cap investments, also companies which sell at a low stock price relative to fundamental attributes like dividends, or a high stock price.

There are a lot of these different factors, and they’re becoming very important in the way people think about investing.

Douglas Goldstein: This sounds to me like what we would refer to as “fundamental analysis” meaning, you’re looking at a company based on, let’s say, its price-to-earnings ratio or its price- to-book ratio, or the amount of debt that it has. Am I narrowing in on factor investing, or is it different?

Is Factor Investing the Same as Fundamental Analysis?

Elroy Dimson: You’re a walking man, running towards it, Doug.

I think the way you’re articulating this is, you choose an industry and then say, “Do I want a high or low dividend yield?”

The factor investor will look at whether they want high yielding or low yielding stocks, or small or large stocks, or quality or non-quality.

And then within that, they may look at questions like what industry is that taking me into?

Now, am I getting closer to factor investing?

Elroy Dimson: Yeah, you’re getting closer, and some of those investors may think in quite traditional terms. However, they may have a factor exposure, so you’ve really touched on a very important issue at present.

Many investors are preoccupied with how they can create income in a world where income levels are disappointingly low, compared to when they first started investing.

If they go for high-dividend stocks, they may accidently be taking a factor exposure.

If you did this five or ten years ago, you would have seen an upswing in most countries. High-dividend yield stocks have performed well, but people are very keen on them so it may be the case that prices have been pushed to such a level that there could be an across-the-board collapse in high-yielding stocks.

You will then have been caught out by factor exposure that, instead of working for you, worked against you.

Douglas Goldstein: What would be another factor exposure other than, let’s say, dividend yield?

The Small Firm or Size Effect

Elroy Dimson: I think size is a classic one. If you go back to the 1980s, there was a point at which people discovered the small firm effect; the size effect.

This was a tendency validated on U.S. data for small companies to give a higher stock market return than large companies.

Nowadays, that would not be at the top of people’s lists of regularities in the stock market, but for a long time, it seemed like a puzzling anomaly that you got rewarded, and rewarded generously, for tilting your portfolio towards small companies.

Nowadays, I think you would anticipate in the long run to get some reward for doing that, but it’s more modest than people would have been talking about a few decades ago.

In doing that, you take a factor exposure, and I think slightly closer to traditional investing is the notion that factor investing is a little bit like investors who invest according to a theme.

You could have a theme of favoring small-caps because you think, over the course of 2018-2019, small companies will do better than large companies.

Douglas Goldstein: Elroy, one of the things you’re talking about, as you’re describing what factor investing is all about, is you keep mentioning things that happened in the past.

Now, my day job is that I’m a financial advisor, and all the time clients come in and they want to develop portfolios, and they say, “Doug, show me how this fund or how this manager did last year.”

They assume that it’s going to happen again, and I always have to warn them, and I say, “Hey, wait a second. Past performance is no guarantee of future returns.”

How much can people learn from looking at the past performance of markets in order to make wise decisions about what to do in the future?

Past Performance vs. Future Returns

Elroy Dimson: Look, it’s a really difficult job you’ve got. Mine is probably easier. What you would like to deliver to your clients is predictions of the future.

You would like to know what will happen. What I’ve been talking about is factors that will influence return, so that if people want to take a bet, as it were, on the performance of well-managed to poorly managed companies, or high-yielding or low-yielding companies, they know there are some common factors.

Can you out-guess them? I think that’s really tough, but some of them are ones which for a long-term investor ought to provide some sort of reward.

Let me get to a couple of these examples that I had given you earlier.

It’ll also be illiquid, so they will be more costly to trade. People won’t pay as much for stocks that are unmarketable, illiquid.

There can be some kind of logic behind all of this, but mostly what we’re seeing is exposures where there will be a reward in the long run. It won’t be about whether performance will be good this week, this quarter, this year, the next three years, which I think many of your clients want you to provide in your day job.

How Long Is Long Term?

Elroy Dimson: If you look at the adverts for mutual funds, they’ll cite a particular period when you shouldn’t be investing in mutual funds unless you’ve got a five-year horizon, for example.

There is no date at which you would expect to win with investment strategists; it only gets to be more probable as you take a longer horizon.

For people who are saving for future generations, then that is seriously long term.

I spent quite a long time as chair of the strategy council for the Norwegian Sovereign Wealth Fund, and that’s not at least for the next century.

That’s a long way out, but if you’re talking about investing money for your young son’s bar mitzvah or your teenage daughter’s wedding, that’s a risky thing to do unless you are willing to suffer the downside.

It’s because it’s a possible downside that securities should be expected to give you some reward for the risk, rather than simply hanging onto cash.

Douglas Goldstein: Yeah. That’s true. We certainly hope the reward and I think, critical to what you’re saying, is that a lot of times, people assume that if they have a more aggressive portfolio, they’re going to make more money.

It doesn’t mean that.

It just means that if your portfolio is more aggressive, you could make more money. It’s not that it’s a given that high risk is high reward.

We’re just about out of time now. In the last few seconds, tell us, how can people follow you and follow your work?

Elroy Dimson: Well, if you Google me, you’ll find my CV, like other academics, and a failing of academics is that it’s awfully easy to find out an email address.

I’m not going to read that out for you, but I’m happy to correspond with people up to a point, but also this recent book of ours has achieved astonishing success. A huge number of copies have been distributed and electronic copies downloaded.

The book is called Financial Market History and it has the subtitle, Reflections on the Past for Investors Today.

It’s published by the CFA Institute’s Research Foundation. If you look in most countries on Amazon, you’ll find that Financial Market History: Reflections on the Past for Investors Today is available for $40 or the equivalent in other countries that you mentioned, and in a remarkably generous app, the CFA Institutes have also ensured that you can acquire the PDF.

If you go to their own website or on Amazon, you can get the Kindle version completely free of charge, along with instructions as to how to download software for your machine, so that even if you don’t have a Kindle, you can read it on your own iPad or PC.

Douglas Goldstein: Fantastic. Professor Elroy Dimson, thanks so much so much for taking the time.

Elroy Dimson: It’s been my pleasure.