Tips for Teaching Teens to be Financially Responsible 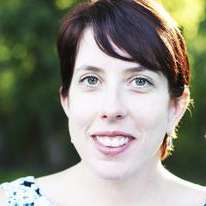 Teaching teens to be financially responsible is one of the most important jobs a parent can do. How can you present budgeting, saving, and other financial concepts in a way that teenagers can relate to? Tamsen Butler, author of The Complete Guide to Personal Finance for Teenagers, explains why it’s important to talk to your children about money from an early age and how giving teens an allowance helps them learn basic financial concepts.

Should a volatile market worry investors?

Should a volatile market be cause for concern? On today’s financial podcast, Doug Goldstein, CFP®, talks about the importance of accepting the ups and downs of the market if you are a long-term investor.

If you are concerned about market volatility surrounding the upcoming U.S. presidential election and how it might affect your retirement savings, sign up for a free webinar on this topic at www.Profile-Financial.com/webinar.


Watch The Comple Guide to Personal Finance on YouTube.

How young is too young when it comes to teaching children about money? How much do teenagers know about money anyway? Join Tamsen Butler, award winning author, and Douglas Goldstein, CFP®, as they delve deeper into the topic of children and finances.

Douglas Goldstein: I’m very excited to have on, The Goldstein on Gelt Show, Tamsen Butler, who is the award-winning author of the book called The Complete Guide to Personal Finance for Teenagers and College Students. Tamsen, how much does the average teenager really know about personal finance?

Do Teenagers Know Anything About Personal Finance?

Tamsen Butler: I think they know more now than in years past for several reasons. A lot of these teenagers, when they were young children, saw a lot of ‘Foreclosure’ signs on every block. Economy was in the news and everybody was wondering how we had gotten ourselves into this mess.  It was the conversation that everybody was having, unlike in years past when money wasn’t really discussed.

A lot of teens have grown up seeing the adults in their lives struggling. I think that compels them to avoid getting into the same mess.

Douglas Goldstein: Don’t a lot of the children today feel entitled?  Do they know the worth of a dollar?

Tamsen Butler: In some sense yes and in some sense no. I think a lot of that has to do with the media and the accessibility to seeing people who have far more money than a lot of us could ever imagine. They have their social media profiles and they’re able to see a lot. They’re also on TV a lot, and all a teen has to do is go online and here’s somebody on their yacht in the Mediterranean, making it look normal.

Douglas Goldstein: I do have a pretty good imagination, but I don’t understand how it could be a problem. You’re saying that the kids know something about personal finance?

Douglas Goldstein: How do they feel when they hear about topics like budgeting and financial responsibility?

Tamsen Butler: I think the initial response is ‘uurgh how boring’ but on the other hand it depends on how it’s presented to them. If it’s presented as, “You sit down. I’m going to teach you how to budget” then they are going to roll their eyes and want to do anything but. However, if at some point they’ve been exposed to budgeting, or their parents have always been open about money and how to manage it, and how to handle it, then it just becomes second nature.

Douglas Goldstein: So many families seem closed about it and parents often don’t discuss money with their kids. What do you do in a case like that, if the time has come to bring some reality into a teenager’s world, and he’s never really had an experience with it?

Parents Should Talk About Money Issues With Their Children

Tamsen Butler: I dissuade parents from being closed off about money. I know a lot of parents have problems with that, particularly if they have trouble managing their own money. They’re a little embarrassed and they don’t want their kids to know, “Hey, I’ve got this much in credit card debt and I can’t pay this bill” or something like that. I think that’s when parents need to set their own pride aside and sit down and show their kids, “Here’s what we’re doing with our money, and here’s the mistakes we’ve made and this is why we can’t take a vacation this year”. That sort of thing.

Douglas Goldstein: That can be a real pleasant conversation.

Tamsen Butler: It’s not pleasant by any means if you haven’t been managing your money correctly, but teenagers and kids learn by what they see, whether they realize it or not. If they see their parents floundering with money, they’re going to make a note of that and say, “Okay, this is what I should not do if I don’t want to flounder with money when I get older too”.

Douglas Goldstein: What do you do to get kids more focused on properly managing their own money?

Tamsen Butler: When we’d go to the store with my daughter, who’s now in her teenage years, if I would swipe my debit card to make a purchase I would say, “Okay now that money’s coming out of mommy’s account” and I’d narrate my transactions for her and make it a normal thing, an everyday thing. She started to understand it wasn’t just some magic card I was using, that let me buy whatever I wanted.

When she wanted to start doing dancing lessons, which get rather expensive, I’d sit her down and say, “Okay, this is how we’re going to manage this from our budget” and show her the budget. I did this so that she could understand that money is an everyday activity that you have to manage.

She’s now 13 and she has her own budget that she follows. She just recently bought her own cell phone because she saved for it. For her, managing money is second nature because it’s always been something I’ve talked about with her.

Douglas Goldstein: We’ve also always kept the kids very much involved in, not only managing their own money, but we use in our house, Quicken, which is the programme a lot of people use just to enter their receipts and keep track of what’s going on.

For years, the kids had to do it for themselves and once a month they would sit down and balance it with my wife. They’d make sure that what they were spending on school and buses was okay. Then we would give them the money for the next month, to pay for their food and buses and they had to make it balance. It got to a point, when they got older, that they would even start entering my receipts into Quicken.

Tamsen Butler: I’d say that’s a direct result of how she was raised and your willingness to discuss money and normalize it with her. I doubt kids are going to stumble across that themselves if their parents are closed about anything budget- wise.

Douglas Goldstein: I like your idea of talking through a transaction. What else can parents do to get their kids really focused on budgeting?

Budgeting and Giving Children An Allowance

Tamsen Butler: I think that it’s important for parents to give kids an allowance, and I think the kids need to earn that allowance too. It shouldn’t just be an entitlement to them. I know there’s varying opinions on this among different people, but in my personal opinion, kids should do chores that are assigned to them and then if they do them sufficiently then they get their weekly allowance. From there, they’re able to learn quickly how to budget.

Even my younger son, who’s a lot more free-spirited with his money, learned very quickly that if he blew his allowance the first day he got it then he’d spend the rest of the week pretty miserable. It’s a lesson that he can only learn if he has access to money and learns about that sort of thing.

Douglas Goldstein: We have a philosophy in our family. When you get money, some of it goes into savings and 20% goes to charity, and the rest goes to spending. Initially, our kids became misers a little bit. They were so focused on saving that we had to encourage them to spend some of the money. How do you make them understand there’s a balance?

Tamsen Butler: It’s important as parents that we raise kids who are good people and an aspect to that is teaching them that it’s important to give back to the community. If that’s not modelled for them, they’re going to say, “Why do I have to do it?”

Douglas Goldstein:  As I grow older, I see myself increasingly becoming like my parents. I actually went with my father recently to the bank and we both had to show our ID. We pulled out our wallets and we were both sitting there with our wallets open on our lap. I realized that I had obviously learnt this from him, which is when you take a card like an ID or credit card out of your wallet, don’t put your wallet away until you get it back. What’s the earliest you can start to teach kids about money?

When Should You Start Teaching Children About Money?

Tamsen Butler: I started before my daughter could even walk. I don’t know how much kids absorb at that age, but I’ve always narrated transactions. I told her what was going on when I went to the ATM to get cash. I would explain that that money is now out of my account and I don’t have that money in my account anymore and I had to be careful what I spend it on.

Who knows how much kids learn at that age and retain? At any rate, it normalizes it and that’s why I’ve always done that with them. I don’t think it’s ever too young to start teaching children about money.

Douglas Goldstein: Tamsen, we’re just about out of time but in the last few seconds tell us how can people learn more about what you’re doing?

Tamsen Butler: All my books are available on Amazon and through other bookstores as well. My website is tamsenbutler.com and you can also find me on Twitter @TamsenButler.

Douglas Goldstein: Tamsen Butler, thanks so much for your time.