What is the Role of Venture Capital in a Growing Economy? 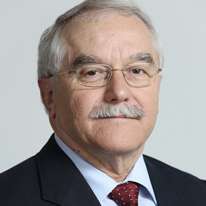 Shamir is chairman of MTA – Metropolitan Mass Transit System, which is building a new public transportation system in Tel Aviv. Shamir explains how this system will revolutionize life not only in the city, but Israel’s central region’s economy.

Learn how to approach your personal investments like a venture capitalist, and make sure your emotions aren’t affecting your decisions.

Doug Goldstein discusses the potentially negative effect your emotions can have on the way you make financial decisions. When was the last time you reviewed your portfolio? Are you keeping your current investments because they are inherently strong, or out of a sense of loyalty to a particular company?

Douglas Goldstein: Yair Shamir is the founding and managing partner of Catalyst Investments. He is also a former member of the parliament in Israel, of the Knesset.

I would like to understand from you what you see as the trading relationship between Israel and China, and what direction that relationship is going.

Yair Shamir: China is a huge marketplace, and Israel is a huge marketplace, but for technology and it's unrealistic to make any comparison. The trading between the countries is okay from Israel's point of view, but from the Chinese point of view it is insignificant - but not for technology. Dozens and dozens of Chinese people looking for investment, looking for technology, are coming every other day to Israel. They are all over the place, not just in technology. In many cases, there are even other, different good ideas.

Douglas Goldstein: Are you concerned that Israel might be selling a lot of the core technology, as part of the concern that people have about the technology drain, or brain drain, from here?

Yair Shamir: I don't think so because they are not buying the brain of the people. In the high-tech industry, if you're not thinking about the future product, the second generation, the next generation and so on, you will be dead anyway because the way new technology today is emerging is with a lot of flying colors and so on. But in three years or so, it's nothing. There are many other competitors that have better ideas. So for us, it's just a business, and the people are staying in Israel. They are not buying them and taking them as well. It's not only for the Chinese. It's also for Google and Microsoft, all the big guys acquire Israel companies, but the trend is here, continues to be here.

Douglas Goldstein: With the exception of Teva, which has stayed in Israel and become so huge, Israel hasn't been able to take the technology that it has and build that in of itself into a major Google or Microsoft type of company, even though we have relationships with them.

Yair Shamir: That's true, but on the other hand, we can become another engine of the big guys to accessorize their business, but to also create more jobs and energy here in Israel. More students are going to apply to the universities in the country, and it has given a lot of good energy into the economy here. In many cases, the local marketplace is very small, and to fight all over the globe for a tiny country like us is hard. Let's take the example of Nokia in Finland. It worked for several years, and then it disappeared. Then the whole country fell apart because the huge Nokia disappeared, or whatever happened to it. So from my point of view, we are open to the Chinese and to other places, and it's a good idea.

Douglas Goldstein: So the way you're describing it is that rather than having one major company upon which the whole country relies, we've diversified instead. As far as Israeli start-ups, you said we have a small marketplace here, which relatively and obviously is true, but how about for finding money? All of these start-up companies do need cash to get going. Is it difficult for them to get started?

Yair Shamir: It's as difficult here as it is in Silicon Valley. It's a little bit more difficult here because we are too far away from some big investors, which prefer to go to Silicon Valley, and so on. But today, let's say the Chinese guys or the Indian guys are looking for technology that comes from here. They are looking for markets, so they go elsewhere. The European companies, the big guys in America, all of them are coming here. So to raise money in Israel, for certain companies with good ideas, it's doable. On top of it, you have to add that in any investment that an American investor does here in Israel, he's paying less for the technology then he would have paid on Route 128 or in Silicon Valley. Prices here are lower than there and the salaries are lower, and the cost of living is lower than elsewhere. So you can get higher and higher benefits from investing in an Israel company than you would get from a company elsewhere. As a result of that, it's hard to raise money everywhere, but it's not any harder to raise it in Israel than elsewhere.

Douglas Goldstein: A lot of times, people talk about the unique nature of venture capital investing in Israel as opposed to other countries. What is it that makes it so unique here?

Yair Shamir: First of all, we are very much involved with the company where we put the money. In many cases, I'm the chairman of the company I'm investing in. I know every single stop. I've opened every door for them. I was a parliament member, but I was also an agriculture minister, and I was the chairman of the largest corporation in Israel, Israel Aerospace industry El Al, the airline, which is the company responsible for road and train infrastructure in Israel. So I can open doors for those companies I'm investing in everywhere. When we raise money from the Chinese and they are our partners, I'm also a door opener in China for these companies I'm investing in. I'm not sure about it, but I think that here, the relationship between the investor and the companies are very close. I would say it's almost family stuff, and as a result of that, a lot of tension that occurs between shareholders and companies is reduced. In many cases, the tense relationship between shareholders and companies are creating such a crisis in the company that the company disappears. In Israel, there is a phenomenon like that but it's very minimal. It's a smaller number than in other places.

Yair Shamir: It will give a boom to the economy in Israel. Before I went to the Knesset, I was the chairman of an infrastructure road company dealing also with train infrastructure. As we speak, we are now building something like five or six new train lines that will connect the Tel Aviv center to all the periphery around Tel Aviv, in a radius of 100 kilometers. So people will have better communication and will be able to buy places for building their companies. They won't have to be in the middle of Tel Aviv, paying a fortune for every square foot. They can go by train for 40 minutes and then they can rent a place for 60% of the cost in Tel Aviv. You will buy cheaper food, cheaper housing, and everything, which will bring a lot of oxygen to many places. We also want to stop the phenomenon of people moving from the periphery to Tel Aviv. Instead, we want to take the people out of the city for better education, better air, less pollution, and so on. So I think it will give us positive stuff.

Douglas Goldstein: How many more years you think until we're done building?

Yair Shamir: The first underground will take about five years from today, and slowly we will add on a yearly basis another two or one additional line. This will be the metropolis in Tel Aviv, starting in the north in Netanya, in the south in Bat Yam, and then the east - Yehud and Ben Gurion Airport. So it's a huge area, with I think something like more than two million inhabitants. But if the train is combined with the cities, people could come to work in Tel-Aviv, but live outside. It will give a lot of adventure and opportunities for many things.

Yair Shamir: People are knocking on my door every other day. The last successful investment that we have done in Catalyst is Mobile-eye. We had Mobile-Eye a couple of years ago, and today it is a well-known company around the globe.