Is Portfolio Rebalancing the Best Method of Risk Management? 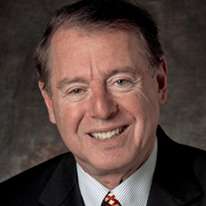 Risk management is an important strategy in investing. On today’s show, Professor Lewis Mandell, financial economist, author, and former Dean of Business at the State University of New York at Buffalo, discusses risk management and explains why he thinks the popular tactic of portfolio rebalancing may be a mistake.

Read Professor Mandell’s book What to Do When I Get Stupid , and visit his website http://lewismandell.com/

Doug answers a listener’s question on today’s show when he tells you what you need to know about opening a U.S. brokerage account in Israel.

Click here for a free interactive tool that will guide you in what you need to know when opening a U.S. brokerage account.


Watch What to Do When I Get Stupid on YouTube.

Economist Professor Lewis Mandell discusses strategic investing and risk management. Why does he think that the popular tactic of portfolio management might be a mistake?

Douglas Goldstein: Lewis Mandell is the author of 22 books focusing on financial advice. His latest is called What to do When I Get Stupid? and he has an article on Market Watch called Why Strategic Investors Don’t Re-balance their Portfolios?

Lewis Mandell: Strategic investing basically says you have to identify what’s really important to you and where you don’t want to take any risk. Then, you fully fund the income that you will be needing particularly as you approach the end of life, get close to retirement, or you have no work income coming in and you are living pretty much off your investments, pensions, and any income you might have. Probably the best strategy at least in my view is to fully fund the expenses that are core to you, that really make a big difference in the quality of your life. Fund them with investments that entail no risk at all or virtually no risk and then once those are fully funded, you can do whatever you want with them. This differs remarkably from the usual idea of having a balanced portfolio and balancing according to the risk profile of the individual which to my mind never really made an awful lot of sense.

What about Inflation Risk?

Douglas Goldstein: You referred to this as strategic investing. I spent a lot of time talking about strategy. In fact, I recently came out with a book about how the strategies of chess can be applied to investing and I wrote the book with the world’s chess champion, Susan Polgar. And although I think that she would agree with this concept of planning ahead rather than taking risks, you know when you look at the game of chess there’s always some level of risk. In the same way I would think there is some level of risk in a portfolio, not the least of which as we see in your model would be – let’s say – inflation or taxes.

Lewis Mandell: The inflation risk one can hedge at least in the states by buying a treasury inflation protected security. I think anyone in the world can buy those and from my experience having lived in Israel, there are a number of investments that you can buy – secure investments that are indexed for inflation. So you can hedge away inflation risk. You cannot hedge away every single risk in the American election – for example, there is a candidate running who’s been a socialist. So there could be a great deal of tax risk involved there. But there are ways I think of minimizing the amount of tax risk. One can buy tax exempt types of securities. It may not be possible to avoid every risk in life. I don’t think it is possible. But it’s possible to minimize the amount of financial risk by, I guess, not investing in assets that have a high degree of historical volatility.

Douglas Goldstein: One of the guests I had recently, an expert in social security pointed out that social security is linked to inflation. I said “Yeah, that’s great” but when you have people who are getting older, their measure of inflation is not the CPI. Their expenses are not just going up at the rate of the overall inflation rate. In particular, it may be because of healthcare problems. So when someone wants to buy, let’s say a TIP, a treasury inflation protected security, that’s not necessarily going to cover him at the period in his life when he needs it the most.

Lewis Mandell: The current American social security system actually is very favorable to many retired individuals because of the adjustments that it has, but there’s no such thing as complete protection. Now in my system, one would attempt to protect one’s self through insurance so that the amount of loss that one could stand is the maximum by law. So if you do not have total coverage for health insurance, and very few Americans have total coverage, you probably want to structure it so that your downside risks, your out-of-pocket uncovered risk is something that is affordable to you. But you are right. I mean there is no way to totally guard yourself against risk but that doesn’t mean that one says “Okay, since I can’t do it, why not invest in securities with historically high rate of volatility such as common stocks in order to fund the core component of retirement that I need to get me through to the other side.”

Is Investing in the Stock Market a Good Idea for the Long Term?

Douglas Goldstein: In particular, a lot of people will say that over the long term the stock market is a good bet even though there’s a lot of volatility and they’ll encourage people at all ages, including retirees, to have a significant portion of their money in the stock market simply because when they look at it over time, it actually seems to do better. Are you just being ultra conservative or do you think those people are wrong?

Lewis Mandell: There’s always a question of whether history is a very good predictor of what’s going to occur in the future and I have to say in my entire life I’ve invested the bulk of my investable assets in equities. I think over long periods of time there’s never been historically a 20-year period where equities have not outperformed any other class of assets. But if you are 75 years old, a 20-year holding period horizon doesn’t look all that reassuring and in addition to that, we’ve had market returns over the past at least 16 years in the United States that have been dramatically below the historical averages. I mean on a non-inflation adjusted basis, we’ve always used the notion of 11% total returns on say the U.S. market index, the S&P 500. There are very few people who are predicting that we can use 11% going forward particularly given the very low growth rates, not only of the U.S. economy, but more pointedly of many of the world’s leading economies. So are we looking at say a real return of 9%? Are we looking at a real return of 7%? Do you want to bet your comfort in your old age upon even getting that 7% real return? And what I would say is if you have the assets, you know, why take any risk with that portion of your assets that you need in order to secure your basic comfortable retirement? Why not fully fund that with the least risky assets you can find and partition your portfolio in that manner rather than taking what we generally teach in academia, capital asset pricing model which is based upon some theoretical notion of utility curve – as if people have some idea of what their utility curve even looked like.

Douglas Goldstein: I want to go back to the beginning of what we said. You suggested people shouldn’t rebalance their portfolio which is the model that once every period, let’s say once a year you go back to whatever your initial asset allocation was. So if you had a 50/50 asset allocation between stocks and bonds, you would again adjust your portfolio this way. Why do you come out against that?

Lewis Mandell: Because you know the basic strategy here that I think you and I agree upon is that one, you know partitions. One fully funds those core expenses for the rest of one’s life as well as one can with very, very safe investments. Then the other portion of it, assuming you’re fortunate enough to have additional financial assets, you can let ride. There’s no real need so if they are invested in equities and the equity market has been bullish and you are doing really well, and now all of a sudden you find that your equities are no longer 50%, but they are 60% or 70%, there’s no reason to rebalance. Alternatively, if you find that the core assets that you have for whatever reason are no longer quite sufficient to make it to the other end, then you may want to take some of your financial assets and do that. So, rather than stick to strict balance which is what really the bulk of financial advisors of my acquaintance will tell you to do, I would rather just do what you and I discussed earlier and that is to fund what is necessary and essential for you so you can sleep at night. Then let the rest of it ride. As I said in my market watch article, you know, if I have those additional assets and my ultimate aim is to fund a classroom at Tel Aviv University where I taught for a while, why fund the classroom if you can fund an entire building, or even have an entire business school named after you.

Lewis Mandell: Well, my most recent book is What to do When I get Stupid? and it basically says strategic investing is the way to go. As we get older we cannot really predict how we will live or how we will be. In other words, as we age, there are certain things that we may end up doing that as we are younger and more rational, we would not wish to do. So putting one’s finances on automatic when one is still totally mentally competitive is a very good idea. The book also goes into strategic investing as a way of setting up your sort of methodology and strategy for the rest of your life.