How to Plan for Retirement When Interest Rates Are Low 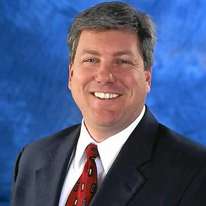 How do interest rates affect the way you plan for retirement?

Dan Moisand CFP® explains how interest rates affect retirement planning. He also discusses the best way to withdraw money from retirement plans (including IRAs) without incurring any penalties, and the circumstances in which you may end up paying an extra 10 percent.

How do retiring to Israel and making aliya affect your finances? Will you still have to pay U.S. taxes, and will you still be able to maintain your American retirement and investment accounts?

Listen to today’s show to get access to an article that answers these questions. Also, find out how you can take Doug’s upcoming course on investing for free.


Watch Retirement Planning When Interest Rates are Low on YouTube.

Douglas Goldstein: Dan Moisand is a certified financial planner. He recently wrote an article on Market Watch which is the personal finance site of the Wall Street Journal. He is a retired mentor there where he wrote a well-received article about the penalties that people get when they take money out of their retirement plans early.

Can you tell us what the rules are about that?

Douglas Goldstein: For a person who takes out a hundred dollars and he is in the 30% tax bracket, he’ll take out a hundred, he’ll pay $30 in tax and then he’ll pay another $10 as a penalty?

Douglas Goldstein: So what do you recommend when people are saying “Dan, I need to get some money and my IRA has lots of it”?

Dan Moisand: The first thing that we want to do is see if they are eligible for any exemptions from the 10% penalty and the exceptions are a little bit different with IRAs as opposed to 401Ks – but there’s a lot of similarities. Some of them are obviously things we don’t recommend or want to take advantage of like the exception for being totally disabled or dying – that’s a bad one. But if somebody is looking to make certain qualifying payments for higher education expenses, there is availability of the IRA money without that penalty. Also, first-time home buyer exception exists, but that only goes to $10,000. And also health insurance premiums if you are unemployed are exempt from the 10% penalty. So the $100 you described earlier that we take out – you wouldn’t pay that 10% penalty. You only pay the regular income tax on that.

Douglas Goldstein: Is it smart to take the money from the IRA or would you tell the person “Let’s look for other sources of money before we go there”?

Dan Moisand: We would definitely look for other sources. I mean the reason the penalty tax exists in the first place is because they want people to have an incentive to keep their money in the accounts until a more traditional retirement age. So taking money out of an IRA or a 401K early damages the value of the account that would have been available later on in retirement when somebody leaves the workforce on a permanent basis. So we would look to other sources if possible.

Douglas Goldstein: How about when people have the opportunity to borrow against the retirement plan?

Dan Moisand: You can’t borrow against an IRA. You can borrow against some 401Ks and other qualified plans if the plan has that provision within it and this is a key starting point for any evaluation of what can and can’t be done. Get a thing called the summary plan description for your particular 401K plan because there are rules that are sent out from the federal government about how these plans operate. There are certain things that are allowed, but they have to actually be in the plan for somebody to take advantage of them – and a loan is one of them.

A loan generally is a very bad idea as far as retirement planning goes for a lot of reasons. They are very limited – number one, fifty percent of your balance, up to $50,000 is the count. It’s paid back with after tax money, which sounds like “Oh, gee, I’m paying myself this interest.” But that’s really not the case. It’s costing you a lot of money to get that money paid back and if anything happens to your employment – if you quit or you’re fired – whatever the case may be, that loan becomes due very quickly and if it isn’t paid, it becomes a distribution which means it’s taxable and of course if you are under 59 you get whacked with the 10% penalty. So when you do projections of what happens with a loan and without a loan, without a loan is always way better than taking them all.

Douglas Goldstein: A lot of times people say “Hey, I’m thinking of retiring and I could start today getting my social security” and then they continue “But everyone says the longer you wait the more money you’ll get.” How can people make that decision?

Dan Moisand: The decision is really a life expectancy decision as much as a cash flow decision. If you have other sources of potential cash flow that would allow you to wait and you or your spouse is expected to live until the person with the larger benefit would have been about 81, it pays to delay one larger benefit. It’s much simpler with a single person. It’s just a straight life expectancy thing. If you expect to live past 81, you could fund retirement until then. It’s going to pay off delaying social security as long as possible up to age 70. The lower of the two benefits in a married couple, that depends on how long both people are going to live. If both people live long enough then it will pay to delay to age 70. As far as if you want to turn into a core investment, when you compare that to the return you would get from stocks, it becomes a very, very good deal the longer you live past that 81-ish age.

Douglas Goldstein: Let’s talk about other things people can do if they want to retire early and they want to make sure they’ll have a continuous income stream. Today with interest rates so low, it’s very hard to find a safe way to invest your money and assume that you are going to get some sort of long term income. Any great ideas?

Dan Moisand: That’s a challenging one. The first thing I’d say is that generally the idea of just living off interest is clearly not possible at this point in time. But if we go back and we look at the history of investing in the market, it really didn’t work for very long in other times in the past either. When interest rates are higher, they are higher for a reason and they are usually higher because of a combination of higher tax rates and higher inflation. So I think that was always kind of a myth. It’s just that now interest rates are so pitiful here in the United States. It’s more crystal clear, that was never a good idea. I think a better approach is to take more of a total return look at your investment assets and it really doesn’t matter where your cash flow comes from. Maybe it’s explicit interest from a CD or a capital gain from selling something like a stock fund. I think you are better off in the long run by having a mix of a lot of different types of assets and be explicitly aware as to where the cash flow is coming from.

Douglas Goldstein: I’m glad you answer someone who gives you the “what if” scenarios. Okay great, what if I’m 60 years old and I do a 40-60 split, 40% in stocks and 60% in bonds, and then the market crashes. What’s going to happen to me?

Dan Moisand: What I usually want people to do is not say “if” to that premise, but to say “when”. In a crash, I don’t know what the formal definition of crash is, but any time the market is going way down. The market goes down typically, at least 5% every year, more than once. It goes down more than 10% on average every other year. That doesn’t mean every other year like clockwork but it’s a very frequent event. So if you are retiring at 60 and you are healthy, you are looking at what 25-30, 35 years of being involved in financial markets if you need to draw something from your assets. So it’s not a matter of if these things are going to happen; it’s a matter of when. So you can’t stress test. You can’t go back and say “Okay, the last time we had a really bad event was… what … ‘08-’09. It was minus 50% for stocks and what does that look like? Where would I draw my cash flow?” and if you are balanced and you are well diversified, you wouldn’t be in a position where you’d be forced to sell out of the stocks which is how you lose money. So whether or not you could stomach that kind of decline or not is another issue and if that’s not the case, my recommendation is usually don’t put more pressure on the portfolio. Look at other relievers that you can pull that might help alleviate some of that down-side concern. But a 40-60 portfolio certainly is not going to be as volatile as something that’s 80-20. That’s the first thing you should be looking at balance between stocks and cash.

Dan Moisand: The best way to get information about me and my firm is go to the website www.moisandfitzgerald.com.