How to Overcome Your Bad Habits in Three Easy Steps 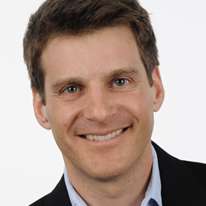 Bad habits can cause more harm than you realize. Peter Bregman, best-selling author of Four Seconds: Four Seconds: All the time you need to stop counterproductive habits and get the results you want, explains how to overcome bad habits. Learn 3 steps you can take to improve bad financial habits and become a better investor and a happier person.

Find out more about Peter Bregman and his work at: www.peterbregman.com

Are you an American citizen contemplating aliya? Don’t worry about your American assets. On today’s show, Doug shares some tips useful to Americans living in Israel and many other countries.

Want to learn more about investing? Doug is currently creating an investing course. Email him at: doug@profile-financial.com with your biggest financial question and you will be able to take the course for free.

Peter Bregman, bestselling author of Four Seconds: All the Time you need to Stop Counterproductive Habits, explains how to overcome bad habits. What are the steps you can take to become a better investor and a happier person?

Douglas Goldstein: Peter Bregman is the CEO of Bregman Partners. He is a bestselling author, and he wrote a fascinating book called Four Seconds: All the Time you need to Stop Counterproductive Habits.

Peter Bregman: Yes, you only need a moment of awareness. I have a habit of coming home every day and eating a pint of ice cream, or I have a habit of looking at you and yelling. Whatever my habit is, I just need a moment to subvert the counterproductive act and, you know, a moment to say, “You know what, I’m walking in. I’m actually not going to eat that ice cream,” and that four seconds is the amount of time it takes us to take a deep breath. So there are things that go on physiologically when you take that deep breath, but the idea is you are always one breath away from making a better choice.

Douglas Goldstein: So one of the things for example that people do when they are feeling depressed they go out for what we call retail therapy. They spend money to solve their problems and, of course, it doesn’t solve their problems. How could a person stop doing that?

Peter Bregman: So what they can do is first of all it’s really helpful to recognize that this is a habit. You probably only realize it after you bought your seventh dress or fifth computer that you’re kind of running into this trouble so you might not catch yourself beforehand. But if you recognize that this is a habit, then you can realize “I’m not feeling so good. I’m getting this urge.” There’s a three-step process that you need in effect to subvert an urge. One is a moment of awareness, the second is the ability to resist urges, and the third is a replacement behavior. So in the case that you are describing, I have to have a moment of awareness that I’m about to go shopping in a way that is all about my feeling depressed and anxious and not about actually my needing something. You have that moment of awareness. You take a deep breath and you go “This is what’s happening.” Then you are not done because you still need the ability to resist urges. You still need the ability to say “I realize that’s what’s happening, and I’m not going to follow through and buy a bunch of stuff that I don’t need.” And one of the ways to do that when you’ve resisted the urge is to have a replacement behavior. What else are you going to do? What will more effectively squash that desire? What will address your depression or frustration or anxiety more effectively than going out and buying a bunch of stuff and then feeling guilty about it afterwards?

Douglas Goldstein: Let’s say that I have gone out and I bought seven suits and I get this moment of awareness and I say, “Doug, don’t go buy an eighth suit because I’ll be unhappy,” how do I then develop he ability to resist the urge to go and buy a new suit?

Peter Bregman: One of the things that I talk about in the book, and that I really believe in, is meditation. What you are doing when you are meditating, even if it’s for a short amount of time, is you are coming to some amount of time to just sit and to breathe. And if you are going to sit and breathe, when you do that, you are going to have thoughts because we have thoughts and those thoughts are going to suggest that you get up and do something because it’s hard to just sit. So you are going to sit there and you are going to come up with the best idea you’ve ever had. This idea is so good. If you don’t write it down you are going to forget it and if you do write it down, then you actually may cure cancer or at least create world peace and solve world hunger and yet you are just sitting there and your timer hasn’t gone off, so you can’t write it down and you can’t get up. And in that moment, you are learning. You are training yourself to have an urge and resist it. You are developing your muscle that allows you to want to do something, but not do it even if it’s to scratch or if it’s to get up and move your leg or whatever it is. If you are committed to just sitting for some period of time, you are training and increasing your capacity to withstand an urge.

How Does Meditation Help You Get Rid of Bad Habits?

Douglas Goldstein: So it’s funny as we are talking, Peter, I’m talking notes and I wrote “meditation.” Then I’m thinking there’s no way on The Goldstein on Gelt Show that, you know, we’re going to talk to people about meditation. It sounds all “Woohoo!” Nothing personal, but tell me why is it not that? I’m happy to discuss it, because frankly a lot of authors that I read and that I respect I know engage in this. I try it and I try to relax and I just have the apps that help me to listen and to breathe, but I’m not sure it’s sticking. I do end up my mind races and then I feel okay. But sometimes I feel this better end soon so I can get up and do what I have to do.

Peter Bregman: I have a few thoughts about it because for some of your listeners who might be very comfortable praying, right, or davening, and the correlation I would make is you are in the Amidah and you have a moment of silence where maybe you are not reading, but you are connecting, and you are breathing. That’s a useful way of thinking about it because meditation is a form of prayer in a sense. You are slowing down your breathing. You are slowing down enough to connect with something that may be bigger than you. But the other thing I would say is if you are suspect, that’s fine. You don’t have to believe in it.

There’s this great story of a professor who was very well known to be a skeptic of all sorts of charms, and he had a horseshoe above the door to his office. One of these graduate students walked in and said, “Professor, I can’t believe a horseshoe is there – like I thought you don’t believe in that?” and his answer was, “I don’t believe in it, but I understand it works whether you believe in it or not.” So this idea follows. Take 30 seconds to just breathe and see how you feel afterwards. For 10 seconds, take one deep breath in the midst of the craziness. Take one deep breath and see how you feel afterwards, and if it’s kind of nice, take another. And suddenly, you know, after four deep breaths you’ll be like, “Wow, I just meditated for four deep breaths.” It’s not rocket science, there’s no hibbi-jibbi magic or mysticism in it.

Douglas Goldstein: Let’s talk about another area that I said at the outset I think I’m disagreeing with you. I understand that you’ve said that by setting goals, you can actually harm your performance. I often talk to people in my day job as a financial advisor about setting goals – things like retirement planning or paying for a kid’s wedding or college. Why do you think that harms your performance?

Does Setting Goals Harm Your Performance?

Peter Bregman: It doesn’t have to harm your performance, but the problem with goals is the way people pursue them. Ultimately when we pursue a goal at the exclusion of other things, we end up doing things that achieve the goal. But we don’t always get the reason we set the goal in the first place. So how many entrepreneurs do you know who decide they want to start their companies and be entrepreneurs because they want freedom and they want to spend more time with their families and they want sort of creative license, and when they have all these things, they want to make money too. And, when they end up achieving their goal and starting their company and hitting every single financial objective they get divorced and stressed out and have no creative license because they are just trying to like keep their clients. And it’s like I’ve met my goal, but I’ve missed the reason I set my goal. I mean I talk about it in the book. Ken O’Brien is a great example, a former New York Jets quarterback. He was throwing too many interceptions. So they set a goal for him. Throw fewer interceptions, and they compensated him for it, that’s often what we do, we get compensated for achieving our goals. He was reasonable. Few interceptions were thrown and he achieved the goal and he made more money. But the problem was his performance went down because the reason he threw fewer interceptions is because he threw fewer passes. So he was passing less, getting intercepted less, scoring less, and making more money because he was achieving his goals. And this kind of thing happens a lot where we achieve our goal at the cost of something more important. So I think we need to be very aware of why we are setting the goal in the first place and to focus on that as oppose to the end goal.

Douglas Goldstein: How can people follow you, learn more about what you are doing and follow your ideas?

Peter Bregman: The best way is to go to our website, which is www.peterbregman.com and you can really access everything. The book I wrote is Four Seconds: All the Time You Need to Stop Counterproductive Habits, and you can get that on Amazon or hopefully wherever books are sold.