Will Investment Risk Derail Your Retirement? 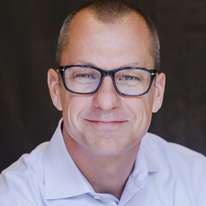 The Retirement Answer Man Roger Whitney shares his insights on investment risk and how having the right retirement plan makes all the difference. Life is messy, and you can’t always prepare for a crisis. Roger explains his “barbell strategy” of investing and offers a lot to think about while you build your portfolio.

What is the meaning of “risk” in the investment world?

Doug and Roger explore this question and the answer might surprise you! Risk is a key ingredient in investing, and Doug and Roger have sound advice on the subject.

Also, listen for the three questions you should consider when looking for a money manager.

To hear more about Roger’s retirement tips, go to The Retirement Answer Man.

If you’re not already receiving updates on new episodes, sign up now, and as a special bonus, receive Doug’s free ebook, The Retirement Planning Book.

Watch Will Investment Risk Derail Your Retirement? on YouTube.

Can you ever be fully prepared for retirement? What if a major crisis happens to you at that time? What about risk? What is its place in retirement planning? Join Douglas Goldstein and Roger Whitney as they discuss this and more.

Douglas Goldstein: Roger Whitney is The Retirement Answer Man, and I’m so excited to have him here on the show today. Roger, you were on the show a few days ago and believe it or not, you said something that was a bit controversial, as people often do on the show.

You said, "Don't worry about what you think is going to happen in the market. You have to just have a system that you invest in." Of course, I'm a big believer in financial planning and asset allocation, but I speak to clients, like you, who are entering retirement years or are retired. They are afraid of a major crisis happening during their retirement that will completely derail them. They fear that if that happens, they're going to have to move in with the kids. How do you prepare for the real possibility of a major crisis that could absolutely ruin someone's retirement?

Preparing For Crisis in Retirement

Roger Whitney: You do a couple of things. One is, you don't do duct-tape financial planning because there's a lot of that out there. You do serious financial planning to test against a lot of these risks. And you bring up a good point, because one study shows that the first five to eight years in retirement are the prep; the hot zone. If you have big market drawdowns early in retirement, because of the way numbers work when you're withdrawing money and everything else, it can really mess up the whole plan. So you’ve really got to be serious.

There's some good argument to be more conservative on the front end of retirement and slowly get more aggressive, because your timeframe compresses. Now, I don't particularly do that in my practice. But what I would say is, outside of managing the investment assets, you really want to manage your balance sheet to make sure you have lots of liquidity on your balance sheet, which will act as a shock absorber and allow you to keep on cruising on your income or your lifestyle when and if we have some of these kinds of events we're talking about.

Roger Whitney: Have a lot of cash reserves.

Douglas Goldstein: That’s it! You’re talking about an emergency fund. But what do you tell people when they say, "You want me to keep $50,000 in cash or $100,000? Are you crazy? The banks pay me zero percent that I'm losing against inflation"? How do you answer that one?

Is Having An Emergency Fund In Retirement Just Giving The Bank Free Money?

Roger Whitney: For clients, we usually have them keep two years of expected outflows in a bank. It could be a lot more than $50,000, depending on who you are. Where your return on investment comes from, when you're in cash, is going to be in a couple of areas, because life will happen to you. Where your return on assets are going to come is if an unexpected event happens in your life and you will need money. If you overspend, which many people do, or if you have a big drawdown in the markets, your ROI, or return on investment, is going to come from not having to blow up your lifestyle or sell at bad prices. A lot of it too, Doug, and I'd be interested in your view on this, people say to get more conservative in their asset allocation as they age, which means buying more bonds, right?

Roger Whitney: Well, buying more bonds in a low interest rate environment means you're getting almost no yield in all the investment risks. So, I'm going to use another fancy term on you. By having lots of cash reserves, you want to make it a little bit like a barbell. You have a lot of liquidity on one end of it, you have very little in the middle, like the handle, and then at the other end you have your long-term risk assets. I think in a lower interest rate environment, having a lot of liquidity really doesn't hurt you as much as in normal times.

Douglas Goldstein: It drives me crazy and I do it myself. I do it also not only for myself but for my business too. I can’t be in a situation where I have to pay my staff and all of a sudden it’s, "Well, things didn't work out so well guys. I'm sorry I can't pay you." I once heard that Bill Gates, when he was running Microsoft, kept one year of running expenses for the company. I don't know if it's true or not, but it's just a good point. He kept a year’s worth of running expenses in the bank so that he would never be in a situation where he had to take a bad deal or do something questionable for the company. He wanted to be able to make payroll every month and pay all the bills. I think that's the same thing in real life, especially when you're retired. Now, does your barbell strategy also include the idea of having growth in the portfolio as well, even for retired people?

Roger Whitney: Definitely. If you take a 60-year-old today, right now, statistically they have a 50-50 chance of living past age 90. Think about that. That's huge. That's 50-50. So, if you skew social, economic, and other factors, a good swath of people are going to live a lot longer. So, when you're at say age 60, you're not investing for a five or ten-year-time frame. You do have that long term timeframe, that 30-year timeframe that you still have to take care of, and your main enemy there is inflation.

Now, that doesn't mean you just load up on growth stocks. You want to have a portion of your portfolio as an inflation hedge to participate in the growth of the world economy. You also want to have equities that are throwing off income, because that acts like the wind at your back, right? It helps you along and helps you with your market downtime. It's a little more nuanced than, "Do I have growth or not?"

Douglas Goldstein: Do you feel that people who maybe never owned or managed stock portfolios on their own, when they hit retirement, that that's a good time to start?

Roger Whitney: What I find as a retirement answer man in talking to people and working with clients is they are so used to wealth accumulation, right? They've been accumulating wealth at whatever levels through their 401(k) retirement accounts, investment accounts, and everything else. Now, a lot of people have gotten very comfortable with risk so they do one or two things. Either they just stay that way, not realizing that maybe they should dial it down because it's less about accumulation and more about the utility or the usefulness of your wealth. So either they stay too growthy or they get way too conservative. I think the key, when you're thinking about risk, especially when you're entering retirement, is to think about it, not as maximizing potential return or limiting risk, but doing the hard work to analyze, "What's the minimum effective dose of risk I need to position me, to achieve the lifestyle goals that I'm outlining?" And that's a very different way of thinking about it.

To which I reply, "Those are two different things. Making money is great, and I would hope that you make money even when you have a high-risk portfolio. That doesn't mean that it was a low-risk portfolio. It just means that the risk that you took paid off during that period, but it's still high-risk." Interestingly, I think people who may have been in the market for the past few years don't really appreciate what risk means, because maybe they've already begun to forget what it was like when the market dropped 50%. Was it only eight short years ago?

Roger Whitney: Yeah. And being a good steward of your family's wealth when you're in retirement, because you're not trying to accumulate. We're trying to use our wealth to give us something we care more about, which is lifestyle and not running out of money and everything else. That is a very different equation. I'll give you an analogy.

When you're young and growing up, you can go to parties and drink and you always feel okay the next day and everything else, right? When you're in retirement, from a risk standpoint, you want to be like the designated driver. When the party is going on, you are more concerned about getting home and being able to wake up and take care of your family and do things that you want to do the next day. But when the party is going on, even though you're being prudent, you feel like a stick in the mud, right?

Douglas Goldstein: Roger Whitney, tell me something. If people want to party with The Retirement Answer Man, but still have a designated driver to take them safely home to retirement, how can they keep track here?

Roger Whitney: They can tune into The Retirement Answer Man Show. Right now, we are doing a live case study with a fellow listener. I'm doing a retirement plan for the listener and even though I’ve changed their names, you can listen in as we go through each step of the process, which is a lot of fun. This is the third time we've done it and it's the number one thing asked for on the show.

Douglas Goldstein: No kidding. I love that and I'm going to listen to that. Roger Whitney, thanks so much for joining again.