Can You be a Cheapskate and Still be Happy? 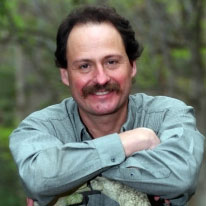 “Cheapskate” isn’t necessarily a pejorative term, as cross-border financial planner Doug Goldstein, CFP®, finds out when he interviews Jeff Yeager, author of How to Retire the Cheapskate Way: The Ultimate Cheapskate’s Guide to a Better, Earlier, Happier Retirement.

Learn why cheapskates rarely suffer from “buyer’s remorse,” and get tips for how to teach children the advantages of delayed gratification.

How using a checklist can help you become a better investor

The Checklist Manifesto promotes the use of checklists for pilots and in minimizing medical mistakes. But could using a checklist improve your financial situation? Look at a real example of an interactive checklist for how to open a U.S. Brokerage Account from Overseas, and send an email to get a checklist on how to choose a good investment advisor.


Watch Can You be a Cheapskate and Still be Happy? on YouTube.

Douglas Goldstein interviews Jeff Yeager, author of How To Retire The Cheapskate Way. In this interview, Jeff unravels what a cheapskate is… and it's not what you think!

Douglas Goldstein: I'm very excited to have on, The Goldstein on Gelt Show, Jeff Yeager, who has worked in a senior capacity to a CEO. However, what he really loves to do is talk about how to become a cheapstake. Jeff, a real pleasure to have you.

Jeff Yeager: It's my pleasure to be on with you. I love to talk cheap.

Douglas Goldstein: I know that I'm not insulting you by referring to you as a cheapskate because one of your books is titled How to Retire the Cheapskate Way. What's the difference between the way cheapskates retire and the way normal people do?

Who Really Is a Cheapskate?

Jeff Yeager: That's a great question. “Cheapskate” has a couple of definitions: frugal, thrifty, smart consumer. I have the pleasure of writing about a very rare breed of American. What I'm talking about is not sacrificial deprivation. It's about figuring out and realizing that you could make your money go a long way and be even happier because of it.

Douglas Goldstein: You're saying that living cheaply is not suffering? It's living by choice?

Here's a shocking statistic. There was a study a while back that showed that at least here in America, Americans express regret in about 80% of the discretionary items they buy within a year of having purchased them. Maybe they don't regret it entirely, but it's that feeling of remorse.

Cheapskates like me think ahead.  We think, “We're prepared to spend that 20% on the stuff that we won't regret, stuff that really makes us happy, but we're not foolish enough to spend on the 80% of stuff that most people do that ultimately disappoints them.”

Jeff Yeager: There's a big difference, at least here in America, between a mass in the quality of life and a mass in the quantity of stuff. The folks that I write about are not Scrooge or greedy. They are not people who are trying to pinch pennies just for the sake of having a big bank account. In fact for one of my books, I surveyed 320 so-called “self-described cheapskates” and discovered that they tend to donate twice as much to charity as the average American.

The Difference Between a Cheapskate and an Average Guy

Jeff Yeager: These are people who oftentimes say, “Sure I could afford to spend more, but why would I? Because it wouldn't make me any happier.” I also found that, for instance, those Americans I surveyed were twice as likely again, to have a passport and have travelled outside the United States as the typical American.

Douglas Goldstein: What do you feel about this concept of budgeting? In other words, a lot of people are out there promoting “have a good budget and keep track of your spending and focus on the budget,” and a lot of times people feel that “budget” is a dirty word. How does that fit into your worldview?

The Cheapskate and Budgeting

Jeff Yeager: Again, I was surprised when I surveyed these cheapskates. A minority of them reported having anything written down as a budget. One of them told me, “We live our budget. We don't spend time writing it down on a paper.” These are really the black belts of smart spending. They understand what's good value, and they shop much less than the typical American. They're not into buying stuff that they don't need just because it's a good price.

They internalize their budget, and I'm not anti-budget, particularly if you have a spending problem and if you have debt. You definitely need to work your way out of that. In that case, a budget would be a useful tool. But when I survey these cheapskates that I write about, I find that they report that they think about and worry about money much less than their spendthrift counterparts. They're really black belts at smart spending. They're not misers at all.

Douglas Goldstein: Jeff Yeager has also written the book, How to Retire the Cheapskate Way: The Ultimate Cheapskate's Roadmap to True Riches.  As a financial advisor, I charge people for financial advice, but a lot of people seem to get all wrapped up and say, “Oh look, I can get 200 free trades or a free IRA.”

This seems like a circus bet sometimes because what they're saving on the one hand is messing them up on the other. For example, they're not expert investors but they're buying something for cheap. It seems like what they lose on each transaction they make up on volume.

Jeff Yeager: That's right. They know the price of everything and the value of nothing. Now, I don't come from an investing background and I don't write anything about investing. I write only about the spending side of personal finance because I contend that it's just as important as how much you're making in an investment, and it's very controllable. I like to say I don't write books about how to get rich.  I write books about how to get happy, perhaps with what you already have.

Douglas Goldstein: How does saving fit into that?

Jeff Yeager: I found out again, through my survey, that cheapskates stock away a cool 20% of their earnings into savings and to charitable activities. That is far above the U.S. average, which is typically a negative number in terms of savings. Again, they're doing that at a whole different income level and I don't write for people who are truly impoverished, but at least here in America, that's not most of us.

We have a lot of people with a lot of money and some people with not so much money. Let me talk about discretionary spending.  80% of the discretionary stuff that we buy we regret.  We need to spend fully on the 20% that really makes us happy, but figure out what that's going to be.

Douglas Goldstein: There's a lot of pressure nowadays, and in fact the younger generation seems to have more and more pressure to be satisfied with material goods, from smartphones to all the other goodies that they buy. What should parents say when they want to tell their kids, “Listen, I know everyone's got this but we're learning a new lesson”?

Teaching Your Children About Delayed Gratification

Jeff Yeager:  My wife and I have been married for over 30 years. We don't have any children, and that was not an economic decision, so I personally don't give advice about raising children.  But I do have, among my 2,000 followers, all kinds of people who have families and plenty of kids and are usually raising them very successfully.

I have interviewed them and surveyed them, and a number of things pop up. Cheapskates are into delayed gratification. They practice spending procrastinations and put off till tomorrow what they could just as well buy today and they enforce that with their kids. Here's an interesting tip that one of the parents told me. He said, “Whenever one of my kids come to me and says, ‘Dad, take me out. I want to buy something new,' I say, ‘I'd gladly do that, but first go clean something you already own.'” And he said inevitably the child goes, starts to clean an object that he already owns, becomes mesmerized, and forgets entirely that he wanted something new. That's great advice for kids, and it's probably good advice for many adults too.

There's a guy in America, Kinky Friedman, a satirist and philosopher who said something that was really funny. He said, “You know in a way, a happy childhood is the least admirable preparation you can have to be an adult.”

Douglas Goldstein: I think that's a big issue. I went shopping a while ago and I saw a kid asking his father for something, and the father said no. The kid said, “This is that delayed gratification thing again, Dad, right?” And the father said, “Yes, exactly what I'm teaching you,” and the kid says, “I know I'm engaging in delayed gratification - only I'd like to get it now.”

It's a real challenge, but certainly the most important thing is to set the example yourself. If you're not going to live with boundaries in your own spending, then there's no way you're going to teach your kids to do it.

Jeff Yeager: Another parent told me, “If you show me a spoiled child, I'll bet you I can show you his spoiled parents.”  If the parents are spending beyond their means and getting everything that they want as soon as they want it, even if they've put them on charge cards, what message does that send to the child? It's a wrong message.

Douglas Goldstein: Let's wrap up. The number one lesson that our listeners today should take away is that you need to prioritise and really think about what you want to spend your money on, but realize that probably so much of the other things out there you're spending money on you may not really want?

Jeff Yeager: Yes, that's the main part of it. Decide what “enough” is for you, what enough money and enough stuff would look like. Everybody's answer is going to be different. I'm a notorious cheapskate, so what's enough for me may not be enough for someone else. We only have so much time here on earth. How can we value money and stuff more than the limited time that we have?

Douglas Goldstein: I think that's great advice. Jeff, how can people follow you and follow your work?

Jeff Yeager: My website is ultimatecheapskate.com. My books are available online, on Amazon, and other places. Also, look for me along the road. I'm a big traveller and I'm going to spend much of the next few years travelling the world.

Douglas Goldstein: I hope we'll run into you here in Israel. We'll put links to the books at the show notes of today's show at GoldsteinonGelt.com. Jeff Yeager thanks so much for your time.