What is the Best Strategy for Claiming Social Security? 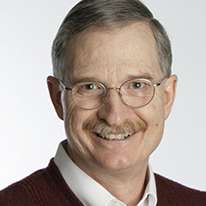 If you are an American living in Israel, how do you claim Social Security? Due to a class action lawsuit, the Windfall Elimination Provision (WEP) is no longer applicable to pensioners who receive bituach leumi. However, if you receive another Israeli pension, you may still be affected by WEP.

Watch this video, “Are You Getting the Social Security You Deserve,” which will tell you more about how to plan successfully for retirement and avoid Social Security mistakes.

You may also be wondering when the best time is to take Social Security. Andy Landis, author of Social Security: The Inside Story, explains why sometimes it’s a good time to take it early, but why it is usually better to wait.

What is the future for the Social Security system, and is it linked to inflation? If so, how will that affect your financial future?

Have you been debating when to start taking your Social Security payments? Is it better to get the money now or wait as you will get large monthly checks in the future? Andy Landis, a well-known authority on Social Security, weighs in.

Is there ever a reason to take Social Security early?

Andy Landis: There are some good reasons to take Social Security early, and I’m going to give you a very concrete example. The nice lady across the street from me has very little money. She has a husband who’s still working. She works very little and her health is not good. It just makes sense when you pile all those together for her to start taking Social Security now at 62. So needing the money is probably number one. If you need the money, go ahead and take it. And what if you don’t have a long life expectancy, or what if you are in poor health? That’s another good reason to take it early. There’s a very wise financial strategy, which I’m sure you are aware of. It could be part of the detour strategy, like taking a widow’s payment early and then switching to your own later if you have access to that. So there are times when it just makes sense to take it early.

Douglas Goldstein: What if you are afraid that Social Security will default? Are you just being crazy or is that possibly a reason to take it early?

Andy Landis: I would say that’s one of the poor reasons for taking it early. I’ve been hearing since the 1970s when I worked at Social Security that it’s going to go broke anytime now, and here we are 40 years later and it’s still in good shape. If you look at the projections, Social Security should have all the money it needs to pay benefits at this level until 2034, and even after that it has 79% of the money that it will need for the rest of the century. So it’s not like it’s about to go broke or facing immediate default, or something like that.

Douglas Goldstein: A guy who is, let’s say in his 40s or early 50s, is looking to get 80 cents on a dollar at some point. Do you think that’s something he should weigh into the equation or do you think they’ll just solve it by then?

Andy Landis: Here’s what I would do if I was in my 30s or 40s and looking at Social Security’s finances. There’s no doubt that Social Security faces a shortfall in the 2030s and beyond. So what that means is Congress needs to fix the shortfall by some combination of raising taxes and cutting benefits. I hate to say it, but younger workers will pay more for their Social Security and get less out of it. It’s simple demographics. There are just not enough young people to pay the benefits for old people going forward. So it will change and they will pay more. Here’s what I would not do: That same 40-year-old worker might say, “Oh, just put in zero for my future estimates. I don’t think it’s going to be there.” And instead of being that pessimistic, I’d say, “Well, put in 75% of my estimated Social Security because I know they are going to cut it.”

Douglas Goldstein: You gave a good example for when someone should do that, but in general I think you feel people should wait before beginning to take payments. How come?

Andy Landis: If you live the average life expectancy or beyond, you’ll get more money out of Social Security if you wait. And let’s face it, we can all use higher payments in our retirement. I hate to say it, but it might mean working a couple of years longer, waiting on your Social Security, or exercising one of these strategies that are available, but it just means more money in your pocket the longer you wait up to age 70. It’s a little different, by the way, for spousal and widow’s payments. They maximize at 66 or other full retirement age, but the retirement benefits maximize at 70. I’m not saying everybody should wait until 70. Only about 1% or 2% of people do, as I’m sure you are aware, Doug, but they’ll end up with more money, to spend on other needs. Maybe they’ll even have a better lifestyle if they just wait a couple of years before putting in on their Social Security.

Douglas Goldstein: Let’s discuss for a minute why people would wait. I just want to make sure everyone is clear on the rules, which say that if you wait, every year you delay taking your Social Security, your future monthly payments will be a little bit higher. How does that work?

Andy Landis: It’s pretty simple actually. First of all, the Social Security administration states a full retirement age, which is currently 66 for retirees now. If you take the Social Security early, as soon as 62, each check will be for a lower amount than if payments were to begin a year later. Similarly, if one waits two years to start, the payments are even higher. Therefore, as you grow older before beginning to get the checks, the future payments will be higher. What that means is that there’s a whole spectrum of payments from 62 to 70, and each month that you postpone beginning the program, the Social Security administration makes the payment a little bit higher per month. Sadly, the longer you wait for these larger checks, the closer you get to the big date when you pass away from this earth. So what’s the best solution? If you choose to delay your Social Security payments, and there’s lots of ways to do that, that will just make your retirement income that much fatter in the long run.

Douglas Goldstein: One of the numbers that I’ve heard people batting around is they say every year you wait it’s like making an extra 8% on your money. Is that true?

Andy Landis: If you wait till after your full retirement age, which is currently 66, it goes up monthly, but there’s an annual rate of 8%. That’s 8% above and beyond the inflation rate, and it’s guaranteed by the government. As you are a financial expert, you can tell me if there are some investments out there where I’m guaranteed 8% plus inflation, guaranteed by the government. Boy, I want to get on that bandwagon. That sounds like a good deal.

Douglas Goldstein: Let’s touch on the inflation thing because over the years, I’ve watched my clients who get Social Security. Sometimes it goes up a little bit based on cost of living adjustments, and sometimes it seems as if the client will say, “Everything is getting more expensive, but the government says there’s isn’t inflation, and you know there are a lot of different ways of measuring inflation.” Why do you think people feel that Social Security is not really in line with the actual cost of expenses that they have?

Andy Landis: A couple of reasons: One, what the government uses to inflate Social Security payments is the CPI, the Consumer Price Index. You saw no raise in the Social Security this year because CPI was actually negative in the U.S. last year mostly. This was because oil prices went way down, so gasoline was cheaper, and so on. So everything was cheaper because of oil. But, you still see other things going up, like food and so on. So that’s part of it. And then there’s another angle, and that is older people who may be on Social Security may experience a higher inflation rate than the CPI and I’ll let you guess why that might be.

Older people over consume on health care, and that expense goes up faster than inflation or at least traditionally it has, so that’s a factor. Some people even say we should use a different inflation rate for older people, which would be interesting.

Douglas Goldstein: Tell me a little bit about how a person can make a decision about trying a more sophisticated strategy to maximize his/her benefits.

Andy Landis: I’ll give you a really brief one, if I can name a private company that I’m not affiliated with. First of all, get your estimates on your Social Security payments, from Social Security online. Just go online at www.ssa.gov, find the “My Social Security account” button, and download your Social Security statement. Do the same if you are married with your spouse. Now you have two Social Security amounts, and let’s see if we can play with that. I would simply put those numbers into an online calculator at Financial Engines, so simply Google “Financial Engines Social Security calculator.” That’s the last of the free calculators that I know of that has been updated to the new rules that just came out of Congress. Just do these simple steps. I’m talking about taking 10 minutes on your Social Security. I bet you that Financial Engines will find extra money that you can get by playing with your application dates. Here’s a concrete example: with the changes that came out of Congress in November, my main plan for Social Security with my spouse went out the window. We don’t qualify under the new rules. I ran the numbers through financial engines just as a test, and guess what? It came up with a new strategy where my wife files early and I file on her record. Still under the new rules, it found $8000 more in Social Security for us, not a lot. It would take a long time to get that $8000, so we may not do that pathway, but for some people this could be $50,000 or $60,000. That’s definitely worth going after. As a financial planner, that’s something you would help the client with to make sure that they were getting the most out of their Social Security. It’s a lot of money.

Douglas Goldstein: How can people follow you and follow your work and get a hold of some of your books?

Andy Landis: The easy way to say it is go to my website at www.andylandis.biz and right there, you will find links to my Facebook, blogs, and to my book. Hey, I’m so excited, Doug. I just rolled out a brand new version of Social Security: The Inside Story. It’s got the new rules, it’s bigger, it’s clearer. I think it’s the best I’ve done and it looks like it would be a good supplement to your book on financial planning.