How Behavioral Finance Can Make You a Better Investor 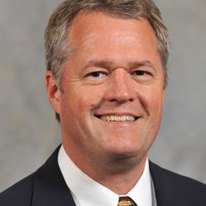 Behavioral finance, or the psychology of investing, explains how and why people make money decisions.

John R. Nofsinger, professor of finance at the University of Alaska and author of The Psychology of Investing, describes the biases that can cause investment failure and gives tips on how to avoid making investment mistakes. Why does emotion play a role in financial decision making, and why is it so important to keep track of the bigger picture?<

While behavioral finance dictates how individuals make investment decisions, can it also explain market volatility? When examining the history of the markets, it’s interesting to look at the effects of major historical events, such as the world wars, on stock performance. Did investors gain or lose? If you are wondering how the upcoming American presidential elections will affect your investments register for an elections webinar at: www.profile-financial.com/webinar.

John Nofsinger, author and Professor of Finance at the University of Alaska, talks to Douglas Goldstein, CFP®, about behavioral finance. He shares three things that will help investors make rational decisions, as well as the danger in looking for a ‘better’ investment.

Douglas Goldstein: I'm very excited to have on the show today, John Nofsinger, who is a Professor of Finance at the University of Alaska in Anchorage. He has been featured in The Wall Street Journal, Business Week, and Smart Money. He's a specialist in behavioral finance. In fact, he wrote a great book called The Psychology of Investing. John, how can people become more rational when making investment decisions?

John Nofsinger: Thank you for having me on your show, Doug. Behavioral finance is a relatively newer field compared to a lot of the things that we know about finance. One of the things we can do is learn about the biases.

In order to not do them, we need to know what they are, how they work, and what traps are causing us to make these bad decisions. We also need to know how our biases and our emotions affect those decisions. Once I get a feel for that, I practice and the way I do that is, I try to see those biases in others. How are they behaving? What is causing their decisions? If we can identify them in others, that helps us learn about them.

Secondly, is controlling your environment. If I'm on a diet, I don't keep donuts on the counter. You've got to control your environment, and you try to make decisions that are more deliberate. One of the things I like to do when I buy stock or have some sort of investment position, is to determine the conditions of selling when I make the purchase. I don't wait until after my stock is losing money before I decide whether I should buy or sell. I make those decisions ahead of time when I'm not emotional, and when I'm not in the middle of this potential gain or loss.

Those kinds of things are very helpful. Thirdly, have reminders. There's a lot of tips we can tell ourselves. I remember one time I was at the Chicago Board of Trade and there were futures traders on the floor. One of them had recognized his own behavioral bias while trading, and so he wore this shirt that had a big bear on one side and a big bull on the other, to remind himself that he can make money in bull markets and bear markets. But along his sleeves and his collars were pigs and that was to remind himself how to take pushes because pigs always get slaughtered.

Douglas Goldstein:  Let's dive into this. You're saying that in order for someone to not make the common mistakes that people make when they invest, they should first learn about them. Learn what the biases are. After you understand them, you've got to practice, and a good way to practice is to look at other people messing up.

Then you said that you have to control your environment. Don’t buy cookies and keep them on the table. You also said that one should have a system. Decide when you're going to sell as soon as you invest. Don't just leave it up to the fates to decide. Finally, you talked about reminders to help you keep doing this. Let's go back to the very first thing. If someone knows what he's doing or he might be doing wrong, does that actually stop him from making the mistakes?

John Nofsinger: That's a great question and the answer is, sometimes. I can demonstrate things to a group of people, and I can point out what we're doing wrong. Then I can follow right up with another question and we can do it wrong again, so it is difficult. But there are plenty of opportunities to get ourselves out of the situation. When we get into a situation where we've lost money, we're usually very emotional about it. Even if we know the biases, it still is difficult to overcome them. That's why we try to not get into that situation; make the decision before we get emotional.

Douglas Goldstein: What is one of the most common psychological traps that people make, that they shouldn’t make in future?

John Nofsinger: One of the things I like to tell people is to remember the very first fundamental theory of finance – that is risk and expected return. These two go hand in hand. If you want higher returns you have to take more risks. You're not going to find a safe investment that makes you a lot of money.

Douglas Goldstein: People often say to me, "I'll take one of those high-risk, high return investments." I say to them, "What do you mean high-risk, high return? It's high-risk. If you make a high return, fantastic. Just because you took the risk, it doesn't mean you make the money. That's the whole point of risk." But I think that that doesn't always sink in so well.

John Nofsinger: That's right. Risk means it goes down just as much as it goes up. Our biases often lead us to suffer through the bad stuff and then get out before the good stuff happens.

John Nofsinger: I think it is important to frame our short-term decisions in our long-term strategies. I think it is helpful to stay the course so to speak, where we have these down drafts that we have in the markets periodically. Having an ability to look at the bigger picture is very helpful.

Douglas Goldstein: On Wall Street, we've got phrases for everything to describe losing money without actually saying, "Holy cow! You just lost money." We use terms such as a correction, cyclical markets, and other terms. We have all sorts of ways of saying what we don't want to say. Is that another psychological barrier that people have?

John Nofsinger: That's very well put. When the market goes down, we do have all of these ways to make it seem a little easier on us, so we don't get quite as emotional about it. But when the markets go up, it seems like we want all the euphoria.

Douglas Goldstein: You were telling us about some of the psychological traps that mess people up. What are your favorites?

The Danger in Using the Term ‘Better’ When You Are Investing

John Nofsinger: The trap that people get into is they don't think of risk and return. They think of the word “better”. “Better” is a horrible word in finance. There is no investment that is “better.” There are investments that have the right characteristics for you or the wrong characteristics for you, but not one is “better” than the other. Because once you're in the “better” frame of mind, then you start to think that things are safer and you earn more money because both of those are “better.”

Douglas Goldstein: On Wall Street, we have terms for everything. We can talk to people about, "Debate on the portfolio is 1.2 but the managers are providing a lot of Alpha, and unless they've got the standard deviation …." At the end of the client is rolling his eyes because even if he understands these terms, it's not a language he speaks.

Now maybe you're making me feel bad about the way I simplify it. I say, "Listen, there's only two ways you can improve your portfolio, which is a way of saying to make it better and that's either lowering the risk or increasing the return or a combination of the two." Is that a fair way, to say “better” as opposed to “better means just making a lot more money”?

John Nofsinger: I think better in the context of individual securities is very dangerous. “Better” can be used in a portfolio because we can reduce risk and still get higher returns in portfolios as now we're talking about reducing the firm, specific tight risks. We're a little bit okay there. In my experience, when you educate clients on diversification on the whole portfolio issue, they totally get it.

There's a lot of jargon involved. But they totally get it and then all of a sudden they look at their portfolio, and they point to the one or two things that went down and they say, "Let's sell that." They forget that the whole idea of the portfolio is of things that are going to move differently over time and they understand the grade ahead of time, but when they look at the result, they don't like it.

Douglas Goldstein: I also think that people have to realize that no one, not even fancy advisors like me, can predict the future. I remember, right after the UK voted to leave the European Union, one of my clients came in and said, "Well, Doug, you knew they were voting. Didn't you know the market was going to go down the next day? Why didn't you call us to sell?"

The truth is, I had no idea the market was going to go down.  Since then, the market has gone up a tremendous amount. Another factor is to realize that even if you can’t measure risk, that doesn't mean that someone else is able to eliminate it for you.

John Nofsinger: Yeah, I agree with that.

Douglas Goldstein: You know what's funny is I'll sometimes just tell people we could predict the future, but we'll just charge a lot more for the service. Thanks again to John Nofsinger, Professor of Finance at the University of Alaska. Make sure you check out his book, The Psychology of Investing.