How to Avoid the Most Common Mistakes When Getting a Divorce 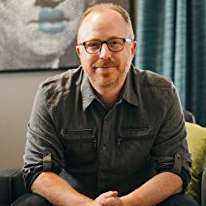 What is the best way to get up to speed with financial issues if your soon-to-be-ex was in charge of the family’s finances?

Divorce is not the only emotionally fraught life change where there is a great potential to make financial mistakes.

Many people don’t know what to do with their sudden windfall and they either end up spending it too fast or losing it on bad investments.

In this financial podcast, find out the critical five steps you need to take to handle an inheritance and make the most of your newly acquired wealth.

For many families, divorce is a sad reality of life. Peter Dunn, financial expert and host of the Pete the Planner podcast, talks about how to handle financial issues when a marriage breaks down.

Douglas Goldstein: Peter Dunn is known as "Pete the Planner." He is an award winning comedian and financial writer.

I want to talk to you about some of the topics you've written and spoken about, which are the financial aspects of divorce. If your soon-to-be ex was the one who used to handle the money and now you have to start taking over, how do you deal with that, especially if you really don't have a lot of experience in household finance?

Peter Dunn: To begin with, you need to realize that it is a fresh start and so the old way of doing things may have been good, they may have been bad, but now you get to weigh in a little more. By the way, I think that in any relationship both people should be highly involved with the finances, not out of fear that you could someday get divorced, but because it's just better for the relationship. People list money as one of the most intimate things in their lives, and if that's the case, I want to make sure I'm on the same page as my partner, both before the relationship ends and after the relationship ends.

Douglas Goldstein: Amen to that. Certainly people should be working on their money together, but in the event that you can't, what are some of the mistakes that you see people make, that maybe by listening to us here today, they couldn't not make them if they end up in a separation?

Peter Dunn: When life gets abnormal and when stress comes via a divorce, people try to hang their hat on the idea of keeping things as they were. They say, "If I can't be comfortable personally and socially, and all those sorts of things, at least I want to have the same things I've always had." I think that's the biggest mistake. I think the biggest iteration of that is when someone fights to keep the house, that they're the one that wants to stay in the family home. Anecdotally, what I see is the wrong person fights to keep the home. I've had divorce lawyers tell me for years that one of the worst things you can do in a divorce is to fight to keep the home, because it's something that creates such a huge financial burden when a household incomes splits into two.

Douglas Goldstein: You're saying that when someone gets divorced, here she thinks, "I really want to keep the house for whatever reason," probably because they think it's very valuable, but really maintaining is just so difficult?

Peter Dunn: They want to keep the house for all sorts of reasons. Like you said, "we raised our kids there, I need a place to anchor my feelings and thoughts, I don't want to both get divorced, have to get a job and move to a new place." So it seems practical to try to stay where you're at, and financially, many times the math doesn't work. If the household income divides, there's a pretty good chance that from a percentage standpoint, the expenditures going towards housing, again depending how the incomes split up, could double. I mean you could be spending 50% of your income to try to maintain your housing, versus doing what's right and cutting that close to 25% to 30% of take-home pay.

Douglas Goldstein: Let's talk about the portfolio. Let's say that you've got a portfolio of stocks and bonds together with your spouse, and then you split up. What would be some considerations people should think about in dividing that money?

Peter Dunn: I think that's where good attorneys come into play as well, because it can be the give and take. "I'd rather have this and you'd rather have that." I have found, though, that usually one party is disengaged from the investing part of life. You may have one person that handles the day to day, but the other person handles the investments. So it's the person that does not handle the investments that needs good counsel, because they don't know what they're giving up. They may get stuck with the bad part of the portfolio or get stuck with an account where the person in the know says, "You know what? You go ahead and just take that account." But meanwhile, the thing is under water and not worth much. That's that's where good counsel comes into play. I don't know about you, but I rarely see two people that are highly engaged in the inner workings of their investments.

Douglas Goldstein: That's a big issue. Even though we preach a lot about husbands and wives getting involved together and coming to meetings together, one may be more interested than other in choosing investments. But it really does end up as a problem if there's a divorce, and one spouse who has no experience has to handle the whole thing. I would also like to talk about the stress that goes along with divorce. A lot of times we'll say that when you receive an inheritance, unless there's something urgent to do, the first thing you should do is nothing. This because people under a lot of stress due to their loss may end up making bad decisions. But in a divorce, you can't do that. How do you recommend people make smart decisions even when they are under such great stress?

Peter Dunn: I see people make permanent decisions with temporary issues. So you'll see someone buy a house right away instead of renting for six months to get some clarity. I think there's a way to do nothing, without doing nothing, and I think not making permanent decisions when you don't have to is a good way to go. I've always believed that renting has its place, and a lot of people don't feel that way. I just think it does and I think if you can find a month to month or a six-month lease that allows you to restructure your life and get back on your feet, then it takes the emotion out of it. I've always felt that money magnifies who you are. So whether you get an inheritance, or you have now less money because of a divorce to work with on a monthly basis, your personality is really going to come out. So I think if that is in fact true, you've got to give yourself some room to feel out your new expenses. I think jumping right back into home ownership or committing to new monthly obligations is a big challenge that is hard to overcome.

Douglas Goldstein: Tell me about some of the health insurance issues that people have to be concerned with when they get divorced.

Peter Dunn: There are a lot of issues there. I've seen it go down a lot of different ways. You can have some exceptions here and there, but ultimately one person has to split off the other person's policy, and if the person that splits off is not employed then you have to go to the public marketplace to find health insurance, which can be a lot more expensive than health insurance that is subsidized by an employer. That's one of the true forgotten expenses that are incurred when two households come from one.

Douglas Goldstein: There are also things like life insurance or disability insurance. How should people deal with that?

Peter Dunn: I think the first place that many people turn is to change their beneficiary. That's a tough one, especially if children are involved. Ultimately, whatever disagreement or whatever caused the divorce, most folks still want the best for their offspring, and so at times, it could make sense to create a trust as the beneficiary of a life insurance contract instead of the person you just divorced. I see that quite often, but again I think a lot of this has to do with if it is a two-income household or a one-income household. This conversation gets incredibly difficult when you take a one-income household. Then the other person has to go out and begin a career from scratch, and maybe sometimes they haven't been in the workforce for a decade or more.

Douglas Goldstein: What about estate planning? Today, most people don't have to worry about paying an estate tax. What are the estate planning issues that they should be considering if they're no longer married?

Peter Dunn: We don't dive too deep into the estate planning issues here in our shop in terms of divorce, but it often becomes an extension of the legal work they're doing with what are now called relationship transition attorneys. So that's going to be probably be an extension of what they're doing to make sure all the I's are dotted and T's are crossed.

Peter Dunn: www.petetheplanner.com and of course @PeteThePlanner on Twitter. We've got a new book coming out at the end of this year, and so just keep abreast as to what's happening.