What Does Networking Have to Do with Your Financial Decisions 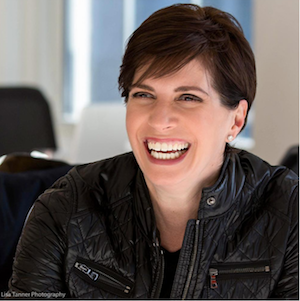 Most people think of networking as a good way to find a job or make other type of connections. J. Kelly Hoey, author of Build Your Dream Network: Forging Powerful Relationships in a Hyper-Connected World, shares how networking can help or hinder your financial decisions.

This is because networking is based on trust… a necessary ingredient in any financial advice you get. Kelly offers advice to listeners about how to build a trustworthy network that may open up new financial opportunities.

Supporting your adult children can ruin your retirement!

Saying no to your grown children requests for money teaches them self-reliance.

While it may be a difficult lesson to implement, Doug presents a list of methods of “cutting your grown children off” so you can preserve your own retirement funds as much as possible.

Create a realistic course of action to teach your adult children how to be financially independent. For a full list of steps to stop your enabling practices click here.

Learn more about J. Kelly Hoey by reading her book Build Your Dream Network: Forging Powerful Relationships in a Hyper-Connected World, by visiting her website, or following her on Twitter @jkhoey.

Watch What Does Networking Have to Do with Your Financial Decisions on YouTube.

J. Kelly Hoey shares the three components that you need for success in your life and career. She also answers why networking is important in learning about personal finance.

Douglas Goldstein: I am very excited to have on, The Goldstein on Gelt Show, Kelly Hoey, who is the author of a book called Build Your Dream Network.

She’s also all over social media and all over the media as well. You’ve probably seen her there, and when I suggested to my producer to bring her on to the show, he says, “Yes Doug, networking. This is a personal finance show. Why would you bring her on?”

Kelly, help me out here. Why would I bring someone who is a networking goddess onto a personal finance show?

I’m very involved with a startup community in New York City. It is how I find investment opportunities and how I chose the two venture firms where I’m a limited partner.

It was because of networks and personal relationships, and the trust that is built in that. And who are you going to trust with your money?

Maybe someone you know and like, but someone you get to know and someone who’s valued, and you can only find that out through networking.

Douglas Goldstein: What you are saying is so critical, and I will compare you now to Warren Buffett. Both you and Buffett talk about the importance of the people involved in a company.

When he starts to look at a company, he is not going to look at what they necessarily do but who the people are behind it. How does that help you to make decisions in terms of investments?

J. Kelly Hoey: You know that I have the biggest crush on Warren Buffett. You knew that when you asked me that question, didn’t you?

Douglas Goldstein: I did actually. I hear he’s actually been following you a little bit on Twitter.

People, Not Apps, Drive the Economy

J. Kelly Hoey:You know what? You people are the ones who drive the economy. We don’t interact with apps and platforms. We interact with human beings.

Decisions, values, the integrity of a company, a culture of a company; that all comes down to the people. You can have them put my startup investor hat back on.

I remember 20 years ago there was a company, an Israeli company, which came up with this super cool idea.

They came up with an artificial intelligence that would look at pap-smear slides and look at every single cell on the slide to see if there was a cancerous cell.

The reason this was such a miracle is because at the time - and I honestly don’t know how it’s done today - but at the time, the way that these slides would be looked at is there’d be some guy who’d sit in a lab and look at every single ear.

Look at a bunch of cells on a slide and see if he happened to spot a cancerous one, and you can imagine obviously the number of mistakes that a human eye would make, but the computer would do great, because it could look at every cell.

I was telling my sister, who was in medical school at the time, and she said, “Yes, I heard of this company. The president came and spoke at Einstein.”

I thought this was the greatest thing ever.

Of course, you’ve never heard of the company because they went out of business, not because they had a bad idea, because it was a great idea, but just because they didn’t have the people behind it to make it happen.

You’ve mentioned startup investing a few times. Do you think this is for normal people?

Startup Investing and the Average Joe

J. Kelly Hoey: Here’s the way I look at it, because I think it’s a critical component of anyone’s portfolio.

The reason I became a limited partner in two funds, when I knew I was going to be up to my eyeballs with writing and marketing a book - because being an author is like being a startup yourself - is I knew it was a critical component of my portfolio that I needed to have there if I wanted to influence the products and services that are being built and transforming in our lives.

And if I was going to have the chance of outsized returns in my portfolio, I can’t rely on the stock market or a mutual fund for that. Lottery tickets aren’t necessarily a very good strategy as well.

Douglas Goldstein: Unless you win.

J. Kelly Hoey: Exactly. It was like, “Okay, I need to be in that market and do this.” I think people need to educate themselves at an early stage.

I think we need to, as consumers, say, “All right, I need to influence what gets into the market.”

Douglas Goldstein: Kelly, I want to swing back to where we started up at the beginning. Which was, why is it that networking is important to learn about on a personal financial show?

What values can people get from what you teach in helping them to improve their financial life?

J. Kelly Hoey: As I say to people, there are three components they need for success in their life and career, and that’s building their knowledge base, their expertise, being out there, and being known for something.

Then I tell them that you’ve got to build your network because ideas or careers without a network are not going to go very far.

We turn to people we know and trust, and we get opportunities through word of mouth. Take a startup’s crowdfunding. Crowdfunding is a networking exercise; it’s not a marketing exercise.

If you don’t have an existing network, your crowdfunding effort is likely to fail.

You need that network, but the third piece of it is you need to build your bank account. The percentage of startups that get funding from outside is miniscule.

Most people are doing it on their own money.

Your ability to pursue the career you want, because you may need to change jobs and go into a path or profession that you really want, may require you to take a job that’s going to pay less, so you’ll need to build that bank account.

All of those pieces coming together is what is going to make you successful, and all of those information flows, as well as having this strong financial foundation.

That’s the right footing you need to put yourself on as you go ahead.

This is where you are in a network, and there’s one guy who everyone like, and he manages the money, and it turns out that he was a con artist.

How can someone protect himself from this?

It’s imperative that you have a diversity of networks of views and opinions, approaches to life, geographic economics, so that you can do a reality and a gut check.

It’s also leveraging the network tools. We have to verify the people you’re getting advice from, because you’re absolutely right. You could say, “But it’s my cousin, so-and-so says he or she is a good person.”

You should take a step back and be able to verify them from different sources. And the other piece on all of this is that at the end of the day, you can get all sorts of great references.

Someone says, “So-and-so is a great financial advisor to talk to.” Or here this person says, “This is a good deal.”

You can take advantage of all the tools online to network efficiently and effectively, but until you sit down face to face and look someone in the eye, you don’t know if they’re friend or foe.

You’ve got to get face to face and trust your own gut when you’re meeting people.

Douglas Goldstein: I think the one most important thing to keep in mind is, when someone is showing you something, you have to remember the wisdom of my mother. She said, “If it sounds too good to be true, it probably is.”

My mother was a financial advisor too.

Douglas Goldstein: Especially when people are in your network, and they are like, “Yes, it’s a special deal for the people in my network.” Really?

They’re going to lose money just because they like you, or because they met you once at a BNI breakfast, or one of these things?

I think there are a lot of different ways to benefit from a network, and one of them is just the opportunity to meet people and get new opportunities.

One of the best ways to build a network and to learn more about it is to read your book.

Kelly, we are just a bit out of time, but in the last few seconds, tell me how people can get your book and also follow you and follow your work?

J. Kelly Hoey: Thank you. The book is probably available on most book sites, from Amazon to Walmart. Find all the information on my website. Jkellyhoey.co and the best place to find me is on Twitter, “The great cocktail party,” as I call it, and my Twitter handle is @jkhoey.

Douglas Goldstein: Kelly Hoey, thanks so much for your time.