Need More Time? How to Do More in Half the Time 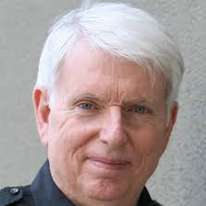 Market volatility leads many investors to make a big mistake when planning their finances.

Learn how to avoid the most common investing mistakes.

How can you make time work to your advantage, both in your investment portfolio and life in general? In today’s interview, Jeff Sutherland, former fighter pilot and author of Scrum: The Art of Doing Twice the Work in Half the Time, shares his unique model for achieving goals quickly and efficiently. Apply this model to personal finance, and get tips on how to develop more self-discipline in your financial habits.

Download the first chapter of Scrum: The Art of Doing Twice the Work in Half the Time onto your e-reader for free here.

Jeff Sutherland, investor and co-author of Scrum, discusses how to work more efficiently, create goals, and get projects done. Find out how to apply these principles also to the non-business-related areas of your life, such as investing and even getting your kids to do their chores.

Douglas Goldstein: Jeff Sutherland is the inventor and co-creator of Scrum: The Art of Doing Twice the Work in Half the Time.

Can you give us a summary on one foot of what Scrum is all about?

Jeff Sutherland: I had a lot of experience in the military, and then I became a medical school professor and wound up working in a large bank. Their teams were having trouble getting stuff finished on time. I noticed they were doing some of the things that fighter pilots would do when they were in early training, where they couldn’t land the airplane at the end of the runway and they had to keep practicing and practicing. So I said, “You guys can’t land a project. I’m going to show you how to land a project.” We have to do things in short intervals. We have to have small teams. We have to have a clear backlog of what we are going to do that’s prioritized by value, and at the end of every week, whatever we’re doing needs to be done. If it’s a software, it needs to be live. If it’s a sales proposal, it needs to be shipped. Whatever it is, we are going to land it every week, just like an aircraft in an aircraft carrier. I took the worst business unit in a bank that was losing the most money and in less than six months, it became the most profitable business unit in the bank. That was the first prototype of what we call Scrum today - small teams doing things in short iterations, clearly prioritizing by what the end user or the customer or the receiver values and wants and then delivering it consistently over and over again in short timeframes.

Douglas Goldstein: One of the things that you’ve actually pointed out, and you wrote in the book, is this concept of looking at the system on a weekly basis so you can constantly readjust or fix things as they go wrong. I often tell people when I’m talking to them about their finances, “Once a week, sit down with your spouse and look at what’s going on.” Do these same principles apply in a family unit?

Jeff Sutherland: Families use Scrum when working with their children. There’s actually a YouTube video on that. Couples use it for marriages. Start-ups use it to get going. Large companies, like General Electric or 3M, are using it for hundreds or thousands of people. One of the interesting things about it is that it applies on any scale, but the principle is always the same. There are certain processes that are unpredictable and you can’t be sure that things are going to happen the way you want them to happen. That means that in short intervals you have to inspect and adapt over and over again. If you do that, you get much better results.

Is Scrum a Good Idea for Investments?

Douglas Goldstein: The counter to that, I think, is what the economist Fama said. I think he won a Nobel Prize, and he said that the way to handle money is to look at it like soap -which is that the more you touch it the less you have. So how does that jive with what you are saying? In other words, if people, for example, look at their investment portfolio and they constantly adjust it, they are going to be tempted to always sell or buy or move things around. It sounds to me like that may be a good idea in a business, when you are working on a project, but does that apply to your investments as well?

Jeff Sutherland: It’s interesting, because I agree with the Nobel Prize winner. You know, if you move your money around without knowing what you are doing, you are liable to lose money. But there are some people that make a ton of money. So if you look at the best traders and watch what they do, they look like the start-up CEOs that venture capitals invest in. They have this incredible vision. They are totally tenacious. They are going to cross the ocean and land on the opposite shore, no matter what. But to get there, they need to tack with the wind. They need to change in this direction, then change in that direction, but they are always changing to reach the objective. I’ve read about some of the great traders. They talk about how they feel and how they are thinking, and you know they feel the pulse, the energy, and they know when to strike and consistently make a ton of money. But for the average investor, just changing on a whim is a sure way to lose a lot of money.

Jeff Sutherland: I think we go back to the world’s greatest fighter, John Boyd. He said that when he engaged in combat, somehow he almost went out of himself and had this kind of three-dimensional picture of a great sphere of activity. These planes move really fast. They can go in and out of sight in a couple of seconds, and from that vantage point he could observe what was happening in real time. He could position himself and react really fast. He came up with this idea: observe, orient, decide, and act, and the cycle time of making that action is critical. So I think with a grand chess master, they have this larger vision of the game that the average person doesn’t. Based on their larger vision of what may happen, they orient themselves. They decide what to do, and then they act at the tactical level. They are doing this very fast, and to the naïve user it looks like they are just whipping pieces around, but actually it’s part of a grand vision they have.

How to Encourage Motivation

Douglas Goldstein: Now you’ve written and spoken with thousands of people around the world. One of the problems, I would say that I find, is a lot of people understand what they should do. They just don’t want to do it. They don’t want to become more efficient, or they can’t get themselves to do it. What do you say? How do you encourage someone from simply saving $100 a week to changing the way he runs his business? How do you inspire him?

Jeff Sutherland: Lots of issues in life are like losing weight. You know what you need to do, but it is really difficult to do it and it requires discipline. So the whole idea of Scrum is to make your objectives really clear, prioritize what you are going to do, and make them visible. We get them a board on the wall with sticky notes and we are constantly trying to move those sticky notes. We’re doing this and then we are done, and then we do it one by one and we keep doing it, so the discipline of organizing and visualizing what you are going to do keeps pulling you back to your goal. This works for any certain thing, for your goals in life, for your goals of losing weight, for getting the kids to do their chores, having that visualization, the objective, and the prioritization that constantly refocus. It is critical. There’s something about using sticky notes: it’s physical, it’s tactile, the process of grabbing something and moving it registers at a muscle level that an intellectual checklist just doesn’t do.

Douglas Goldstein: How can people learn more about Scrum, the work that you are doing, and follow you?

Jeff Sutherland: They can learn about the work we are doing with our clients by going to www.scruminc.com. Of course the best thing to do is go to Amazon and search for Scrum: The Art of Doing Twice the Work in Half the Time and they can read the book that some people have said has changed their life.