Need Help With Your Cash Flow? 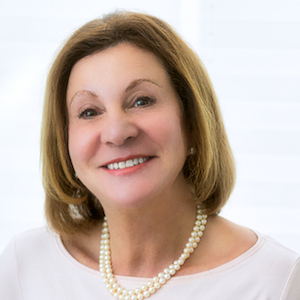 Running a business presents challenges, not least of which is cash flow. Cash flow is a problem for many people, but businesses have their own issues. How can business owners make the most of their cash flow?

Barbara Weltman, attorney and business writer, explains what cash flow is and how to change the way you use it. She outlines some tools and strategies that make cash flow management simpler. Barbara knows a lot about taxes and the nature of businesses. Tune in to learn more about cash flow management.

Retirement can be overwhelming

Doug comforts investors who may find retirement planning overwhelming. He created a downloadable resource called Maintaining Your Income When You Retire. He shares some investment choices that can generate cash flow for investors so retirement is not such a drastic change. If you would like to learn more about increasing your retirement income, check out this video.

Free resource: Maintaining Your Income When You Retire

Watch Need Help With Your Cash Flow? on YouTube.

Barbara Weltman, attorney and prolific author, talks about cash flow management for entrepreneurs. She gives sound advice on planning for the future, especially in relation to estimated taxes.

Douglas Goldstein: I am very excited to have on The Goldstein on Gelt Show Barbara Weltman. She is an attorney and a prolific author. She’s actually written J.K. Lasser’s Small Business Taxes 2018 and J.K. Lasser’s Guide to Self-Employment. She talks a lot about business and entrepreneurship.

Barbara, I want to dive in with this issue because a lot of entrepreneurs and families have very similar problems when dealing with cash flow. If you’re an entrepreneur and you’re just starting, how do you deal with that kind of thing?

Dealing with Cash Flow as an Entrepreneur

Barbara Weltman: You have to recognize that just because you make a sale doesn’t mean that you have cash on hand to pay your bills. The inability to manage your cash flow can be the undoing of your business.

You have to get a handle on what cash flow means, which is basically money flowing in and out of your business. Also, be sure that you have enough on hand to meet your bills and your payroll requirements and to pay your taxes and other obligations so that you can continue as a business.

Douglas Goldstein: That’s such a critical point for so many people. We talk a lot about the importance of having an emergency fund, and some people—let’s say everyone—have bigger expenses some months than others. If you don’t have something to smooth it out, then you can really find yourself in trouble, especially if you end up in credit card debt or you just simply can’t pay a bill. Do entrepreneurs have it worse?

Barbara Weltman: For sure, because business is due cycle. There are seasonal businesses that may struggle in the off-season when the rent doesn’t change. You still have the same rent every month, but the money isn’t necessarily coming in. So, there is that challenge. But if small businesses are sound, they have the opportunity to put a line of credit in place, where they will have access to funds if they need it on a rainy day.

What about Credit Cards and Line of Credit When Transacting Business?

Douglas Goldstein: What would you say is the difference between having a line of credit and using your credit card and paying the minimum monthly payment?

Barbara Weltman: The biggest difference is interest cost because there’s no way that the line of credit interest rate will be as high as the interest on a credit card. Even cards that offer promotions or are interest free for a little while or whatever. No way is it going to be equal.

With that said, using credit cards in a business may be appropriate in a certain situation. Let’s say you need a piece of equipment quickly, and you don’t have the cash on hand to pay for it right away. Maybe you can charge the purchase to a credit card and you’re just paying off that particular expense, then that could make sense.

But again, generally, credit card financing for a business is very costly. Even if you get frequent flyer miles, this doesn’t really help.

Douglas Goldstein: At the end of the day, more people statistically mess up on their credit card debt, or many of their debts. It does not make up for the amount of bonus that they get from their frequent flyer miles.

Are there other good sources of cash flow management that people should consider other than a line of credit?

Barbara Weltman: It’s up to the owner or the person in the business who is overseeing the finances to monitor what’s going on. There are various apps and tools that you can use just to look at your finances—what’s coming in and going out of the business on a daily basis. There are some apps that will give you alerts saying, “Your bill is going to be due in three days,” or something like that. That way, you can stay on top of what’s happening. In other words, use cash flow management tools to monitor what’s going on.

Douglas Goldstein: We’re speaking with Barbara Weltman, who wrote J.K. Lasser’s Small Business Taxes for 2018. She’s actually been writing and updating that book every year. She speaks a lot about entrepreneurs and business people and about taxes.

Advice for Entrepreneurs Trying to Build a Business

Douglas Goldstein: We’ve been talking a little bit about managing cash flow. Barbara, one of the things that you’re really addressing, which applies to everyone across the board, is realizing that you have to think about your cash flow.

Even people who are in retirement, for example, have so many issues with cash flow because they might be expecting money coming due from a bond. But it’s only coming due in six months, and they have to cover it. Or they simply might not have planned very well and don’t have enough cash flow.

Barbara Weltman: There’s so much variety out there, and part of it has to do with a particular owner’s risk tolerance, or how they feel about certain money matters. There are certain people who are very averse to any kind of debt and will take any path that avoids debt.

Then there are some people that have no problem with loading up on debt. The kind of “I’ll-think-about-it-tomorrow” business owner.Anywhere in between is where most people fall.

Douglas Goldstein: I like that you use the term “risk tolerance” in talking about debt. It reminded me of how people will often take a mortgage, and they may take an adjustable rate mortgage. Or, here in Israel, you’ll find people take mortgages in different currencies.

I remember when I bought my first house here, we went to the bank to get a mortgage. The banker said, “You know you could take your mortgage in Japanese yen because the interest rate is basically zero.” She was trying to sell us this. I said, “But wait a second, I am going to have to pay back in yen, and I earn in dollars. How does that work?” She said, “Yes, but the interest rate is zero.”

The fact is, if people do not understand the complications of something as simple as a mortgage, they end up all of a sudden being exposed to huge risk. I really like how you refer to debt and cash flow management as it relates to risk tolerance.

Planning for the Future—Borrowing, and Dealing with Estimated Taxes

Douglas Goldstein: Tell me a little bit more about how people should plan for their future in terms of either borrowing money or even estimating their taxes. Especially as people are getting older, and they’re switching their portfolio to something that is going to be more income-oriented. Are there certain plans that people should really focus on?

Barbara Weltman: You raise a great point with taxes because as we get older, we don’t have the sources of income where there is income tax withholding. Therefore, the burden is on us to have the cash on hand to pay the taxes, just like many business owners have to do.

For example, I don’t know how many of your listeners would be interested, but the IRS estimates that 10 million taxpayers in the U.S. pay penalties because they underpay their estimated taxes. Why do they do that?

Again, this is a discipline. Just like a business owner, an individual has to recognize the obligations and the need. Just because you had a bond mature and now you have $10,000 in cash doesn’t mean that you can necessarily spend all the $10,000. You perhaps have to set some money aside if there’s going to be future taxes to pay.

Douglas Goldstein: That’s actually a real concern because who even wants to think about estimated taxes? Just for the record, people who live in Israel and Americans who live here still have to pay their estimated taxes. It doesn’t go away. How do people calculate how much they should be paying? Or how much should they think about putting aside?

Barbara Weltman: That’s a big question, which I get asked all the time. It’s very difficult to estimate exactly what you need to pay because you don’t want to overpay, then you’re making an interest free loan to the government. You don’t want to underpay too much because then you’re going to incur penalties that you can’t write off. It’s the “Goldilocks Experience, “ to get as close as you possibly can.

Douglas Goldstein: I see. You might have to pay interest though, if you fall short, because it means that you should have paid more money?

Barbara Weltman: It depends on how things work out. But you’ll avoid penalties.

Douglas Goldstein: Okay. So a good rule of thumb there is to look at how much you paid last year and use that as the tool to calculate how much you should pay in estimated taxes this year?

Barbara Weltman: Yes. There are a couple of wrinkles there for high-income taxpayers who have to pay a little more. But that’s the general idea. And get a good tax adviser. That’s a really good thing to do.

Douglas Goldstein: That is true. Of course, people could read really good books about this. In the last few seconds, could you tell us how people could find out about your books and what you teach?

Barbara Weltman: I have a website, barbaraweltman.com, where you can sign up for an Idea of the Day and get my newsletter, Big Ideas for Small Business, both of which are free. Also, to find out all of my books, including J.K. Lasser’s Small Business Taxes 2018 and J.K. Lasser’s 1001 Deductions and Tax Breaks 2018, which are available through Amazon, bookstores, and other online sources.

Douglas Goldstein: Barbara Weltman, thanks so much for taking the time.