Market Design and the Art of Choice 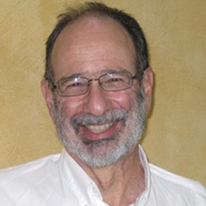 Economics Professor Alvin Roth of Stanford University won the 2012 Nobel Prize in Economics for his work on market design. What is “market design,” and how can it be applied to kidney donation, getting married, and medical students choosing residency programs?

Watch Market Design and the Art of Choice on YouTube.

Alvin Roth, professor of economics at Stanford University, won 2012 Nobel Prize for Economics for his work in the economy for the Theory of Stable Allocations. Discover the intricacies of matching and market design, and how it can be applied to a wide variety of fields, including kidney donation, getting married, and choosing a school for your child.

Douglas Goldstein: It’s difficult for an ordinary person to appreciate what you do in the theory of stable allocations as it pertains to the practice of market design. Could you explain how it works?

Alvin Roth: Market design is about trying to make markets work a little better and to fix them when they’re broken. My colleagues and I have had a chance to help out in a number of different market places, from the market for new doctors, ideas on how to get first jobs, to the best school choices in a number of big American cities, and even to kidney exchange.

Douglas Goldstein: What is “matching” all about?

Alvin Roth: Matching markets are all those markets where you don’t just get to choose what you want, but you also have to be chosen. In a financial market, if you want to buy 100 shares of Microsoft, no one cares who you are, you don’t care who owned them before, and the price does all the work with deciding who gets what. You buy it if it seems like a good price and you have the money, but when you want to get into college, that isn’t how it works. College is expensive and maybe not all can afford to go, but being able to afford to go doesn’t guarantee that you get in. I’m sitting in Stanford, a highly selective college, but we don’t choose our freshman class by raising the price until just enough applicants remain. Instead, we keep the price low enough that lots of people would like to attend Stanford and then we try to choose from among them. Of course, we can’t just choose them either, because the students who get into Stanford also get into Harvard or Princeton, so there’s ruling on both sides. Matching markets are a little bit like marriage. You have to be chosen as well as choose what you want.

Douglas Goldstein: How does matching fall under the subcategory of Game Theory?

Douglas Goldstein: Let’s talk specifically about your program, which is the National Resident Matching Program, through which about 20,000 doctors a year find their first employment at American hospitals. How did you put that together?

Alvin Roth: It has a long history, but there was already a matching program before I became involved and before I was asked to redesign it. It’s a clearinghouse that asks doctors for their preferences and asks residency programs employers for their preferences. Then it tries to use both sets of preferences in a way to get good matches. One thing that’s important is to ask for the preference information in a way that makes it safe for people to tell you their true preferences on both sides. Then they have to be strategic and think about how to use the information. They should be able to tell you what they like, and so we’ve been able to do that. The resident matching program in Israel is a pretty complex thing. There’s a little bit of an aftermarket. It’s a very different story in Israel and it causes some angst to Israeli doctors.

Douglas Goldstein: Are there applications to the theory of matching, for example, on Wall Street? Is there any overlap, or are you just an economist in this field very theoretically?

Alvin Roth: Market design is about the detailed rules by which markets are put together, and of course financial markets have lots of rules. When the rules work badly, they sometimes create opportunities for people to make money, which maybe makes them feel that they are not working so badly. But they also might create an opportunity to redesign. So think about commodities trading in the United States. People are spending lots of money building fiber cables and microwave channels to connect New York exchanges and the Chicago Board of Trade to make financial activity move at the speed of light. It can now take just a hundredth of a second to make a trade. You can imagine that trades could only take place at discreet times. A hundredth of a second is really short for economic news, so it would be possible to still do all the economic business maybe at frequencies of no more than a hundredth of a second, but it would cause a lot less money to be spent on fiber optic cables.

Financial markets are often commodity markets, so the matching aspect of the market is less important. Matching again is about those things that you can’t just choose, you also have to be chosen. In financial markets by and large, you don’t care from whom you buy and you don’t care to whom you’re selling, but in college admissions or in a labor market and the job market, you do very much care. You don’t just care what your wage is going to be, you care about who you’re working for. Employers don’t just care how much they have to pay. They also care who you are and who is going to work for them.

Douglas Goldstein: Let’s talk about the whole problem with kidney donation. When it’s done in one hospital at a time, there’s no centralized marketplace, but if it’s done on a bigger marketplace, you could perhaps help a lot more people. Is that true? When it gets to be so big that it becomes a matching market, doesn’t that eliminate some of the human factor?

Douglas Goldstein: The way that the government handles health care these days, could it be possible to get a voucher if you’re willing to be a donor? Then the government could figure out a value for this and begin to use some sort of monetary system rather than a more complex matching system. Is there a solution in that way?

Alvin Roth: There might very well be. Right now, the only country in the world in which it is explicitly legal to buy a kidney is the Islamic Republic of Iran. In most countries, including Israel and the United States, it’s against the law just because people have strong objections of various sorts to monetizing that market. That’s a long discussion that could be had. It turns out that Jewish law is not irreversibly opposed to having a monetary market. The great Israeli Jewish lawmaker Rabbi Shlomo Zalman Auerbach thought that under some circumstances it might be okay to receive money for a kidney donation. But in most of the world, it’s illegal. While it’s a great debate to have about whether it should be or not, my colleagues and I decided to go ahead and speak about what we could do about getting some of the benefits of a marketplace going, even with it being a felony in the United States and in most parts of the world to pay money for an organ to transplant.

Douglas Goldstein: From a free market point of view, I feel a lot when people talk about designing the market. It suggests a greater level of control by a “Big Brother.” Is that the fear in the matching market of, for example, kidneys?

Even philosophers and economists who are champions of the freest of free markets by and large approve of market design. If you read Friedrich Hayek in The Road to Serfdom, he says one of the biggest problems for people who advocate free market is that some people think that means laissez-faire, no rules at all, when in fact a free market is one that has rules that work well in leading competition.

The Next Step for Market Design Research

Douglas Goldstein: What’s the next stage of your research, now that you’ve actually done the research on this and it’s being applied in a number of areas? What can we look forward to?

Alvin Roth: Markets can continue to be improved. I continue to do a lot of work on very non-financial markets, like kidney exchange and school choice. In the United States, we’ve helped to redesign school choice systems for New York City high schools, Boston public schools at all levels, in Denver and in New Orleans. These are cases where you’re allocating scarce resources. Helping allocate scarce resources intelligibly doesn’t make them less scarce, but it makes more efficient use of them. Sometimes, for instance, your child might want to go to the school that my child would otherwise be assigned to and vice versa, and it eases the scarcity in getting to the schools that their family has walked them in where they think they would thrive. We try to do that.

Douglas Goldstein: Are there any political applications to your research? Is there some level of matching here? Is that beyond the scope of the economists?

Alvin Roth: Everything that I’m not expert on is beyond my scope to comment. That’s a subject that like everyone else, I have opinions on but they are far beyond my area of expertise so I will just pass on that.

Alvin Roth: If you type my name on Google, you probably can get to my webpage, which is still at Harvard. We’re moving to Stanford but it’s on the web. I also have a blog that I write something almost every day called Market Design, so if you type “market design” into Google, you can check up on me.