How the Discovery of Graphene Changed World Industry 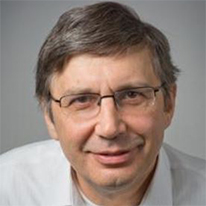 What is graphene, and where and how is it used?
Andre Geim, who won the Nobel Prize in Physics in 2010 for his work in discovering graphene, discusses his work and its practical implications. How easy is it to turn a scientific breakthrough into a viable consumer product?

Watch How the Discovery of Graphene Changed World Industry on YouTube.

Andre Geim is a Russian-born Dutch physicist who won the 2010 Nobel Prize for Physics for his work on graphene. In this interview, he discusses the development and usage of graphene and why it takes so long for new inventions to become consumer products.

Douglas Goldstein: Tell us a little bit about the work you’ve done on graphene.

Andre Geim: Graphene is essentially the material which your pencil trace is composed from. You draw a line on the paper, and there are some dark lines and usually these are graphite. But if you look carefully enough, you will find flakes, and when you go down to one atomic class, this will be graphene. Essentially, we have found a way of making this one-atom-thick layer of graphite and it can be just rubbed on the surface like a pencil trace. It turns out that this material has remarkable properties. It’s stronger than diamond. It’s more conductive than copper. It conducts heat better than anything we know. It’s completely impermeable, and it has very good semi-conducting properties, and so on. It’s a wonder material these days that promises myriads of applications. This material has been offered to industry and to people who know how to use this material for some consumer products.

Douglas Goldstein: On the internet, there are videos of what graphene could potentially be used for. Since you and I last spoke a couple of years ago, I haven’t bought anything that I am aware of that’s made of graphene. What’s the connection between the work you’ve done and industry?

Andre Geim: Usually, if there is any new material, it takes 40 years before it is used in consumer products. Take the history of plastics, history of Teflon, and the history of silicon, and you’ll see now that it’s 40 years. You can’t really expect someone to find something and it immediately changes our lives. It’s not like a better design or a new gadget which needed just a little bit of tweaking. It’s a very long-term prospect.

Douglas Goldstein: Is it possible that the rate that the world has speeded up just simply doesn’t apply in your field?

Andre Geim: It does apply in the field. What I’m saying is that historically, it takes a very long time for anything which comes from an academic lab to go to a consumer product. We generally do not expect anything different for any material. Graphene is a little bit different because it has created a boom or hype around this, as developments were extremely quick. It’s no longer just in the academic lab. It’s already in industrial companies like Nokia, Samsung, spinoffs of IBM, plus probably a few hundred different small companies around the world. They are all interested in this material, and so far small products and initial applications are using this product.

The Difference Between Academics and Industry Professionals

Douglas Goldstein: What would you say is generally the reason why we see a difference? How do industry professionals look differently at these sorts of ideas than academic professionals do?

Andre Geim: There is a big gap, and usually people refer to this as a “valley of death” because if you look at academia, typical processes, few PhD students, a couple of postdocs, and so on, can produce anything that you can imagine in tiny, small quantities which usually can be seen under the microscope. We’re no different from many thousands of academics. Academics who are working on this material are no different. So you ask the question of how we’re going to bring it from this level of investment, of this level of manpower, to consumer products.

On the other hand, there is an industry and this industry during the last 30-40 years rationalized itself in response to the demands of its shareholders. So all research or any research which is 3 or more years further down the line will be cut. Take IBM, or any big company. They cut Phillips’ research quarters to the bone and nothing is left. If you’re going to cut off all of this research, shares shoot up, but it’s a very short-term prospect. You win within the next maybe 10 years, but then what we have is people in industries who are not able to take those inventions which are coming from academia. The gap grows bigger and bigger.

Douglas Goldstein: It actually seems like we are at loggerheads because the industrial world at the end of the day is looking mostly at cost, and the academic world really doesn’t seem to care about cost as much as about the other benefits, interest, or prestige. How can you suggest bringing these two together?

Andre Geim: I’m not sure whether this is the right assessment. I’m just saying that there is a very long economic chain between fundamental discovery or fundamental knowledge and the final consumer product. You get the quickest profit if you look at the top of this chain, which includes some tinkering with design and cutting costs, improving efficiency, and so on. It can be done within a few years, but eventually you deplete your bottom line, your fundamental knowledge, and then you get these gaps and there is no more supply of disruptive technologies to fit the industry.

Our human nature is looking for short-term profit, for a rise in the share prices. This could cause this dilemma, this conflict between fundamental knowledge and consumer product, so the gap is getting bigger and bigger. I’m not sure what to do, but currently, the only chain which remains between academia and industry is students and postdocs who graduate from academia and start up their small companies. These grow organically into slightly bigger companies that are then devoured by bigger companies, and then devoured by the companies in which you keep your shares.

Douglas Goldstein: Do you think that this situation ultimately requires some sort of government intervention? In other words, man never would have made it to the moon if the government didn’t pay for it.

Andre Geim: I think the situation is even worse than it was during that time. At that time, there was a public pressure on the government to keep all those agencies technologically advanced. At the moment, there is no public pressure on the government, while companies and industry experience a lot of pressures from shareholders to keep the profits up. We probably need some sort of change in mentality and a little bit of a change in government perception of what industry can or cannot deliver and what academia can deliver or not.

It’s a difficult situation and it goes on all sort of levels. Essentially, we live in a pretty safe world these days. Of course, not Israel, and this is why there is a lot of investment in Israel in things that are relevant to security. But otherwise, it’s a pretty safe world and we’re not ready to invest into the sort of prospects that will be current in 20-40 years’ time. In addition to that, the younger generations of PhD students and postdocs in the West, excluding Israel, feel themselves to be so safe that they aspire to be no more than middle managers, bankers, or professionally unemployed. I have many students and I don’t know any one of them that was inspired enough to start a company and really get rich. My students started around four or five companies which are doing things and are still in existence and they run them on home base. They don’t want to expand. They feel so much safer in this one-man company or two-man company, so there is no drive anymore. We are too secure these days.

Douglas Goldstein: Can you just tell people the best way for them to follow the work that you’re doing?

Andre Geim: Google for the word “graphene” and you’ll find several companies, from Samsung to Nokia, to smaller companies like Graphene Industries or Bluestone Company, which have nice webpages showing what sort of possibilities are open for us. So despite all of the pessimists, this area is moving very fast. Maybe this is one of those few examples where fundamental knowledge can be brought down in maybe 10 or 15 years to some consumer products.