How Common Pool Resources Can Preserve the Environment 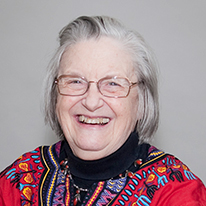 Professor Elinor Ostrom, winner of the 2009 Nobel Prize in Economics, explains what common pool resources are and how this concept encourages preservation of the environment.

We were privileged to interview Professor Ostrom a few weeks before she passed away in 2012.

Elinor Ostrom, who won the Nobel Prize for Economic Sciences in 2009, talks about common pool resources and how overfishing and greenhouse gas emissions can be prevented.

Douglas Goldstein: How does being a woman affect your progress in the field of economics?

Elinor Ostrom: My first-time position was way back in the 60s, and at that point women were not very much hired, so I’ve seen the discriminatory side of academia. My degree is a joint degree in political science with an outside minor in economics. I’ve been in the political science department since the mid-60s, but I’ve been very active in public choice and a variety of activities considered by many economists. I’ve crossed disciplines and have been interdisciplinary from the very beginning.

Douglas Goldstein: Is it okay these days for me to suggest to my daughters to study economics if it so interests them, as they won’t run up against the glass ceiling?

Elinor Ostrom: You could suggest that your daughters take academia seriously in the present tense. A few years back that was not the case, but we’ve made some progress.

What are Common Pool Resources?

Douglas Goldstein: One of the topics that you’ve written on and for which you were recognized for the Nobel Prize was what’s called common-pool resources. Could you give us a little description of what that’s all about?

Elinor Ostrom: I started with work on groundwater. I was born and raised in Los Angeles, where we have a number of very important and very large groundwater basins underlying the farming and city areas right next to the ocean. As you pull down the water and groundwater basins near an ocean, the ocean starts coming in. I was studying a very severe problem, not knowing it was the commons. It was a problem of water management, and there were very larger number of pumpers. I started attending their monthly meetings and watching them struggle, and they eventually did come out with ways of solving their problems.

I studied public goods and policing in metropolitan areas in the U.S. for a very long time. In the early 1980s, people began to worry that government recommendations were for either privatizing or government regulation, as if small scale communities that have been managing common-pool resources for a very long time, forestry, pasture, and irrigation couldn’t manage. I started doing a fair amount of research in this area.

Douglas Goldstein: Your position was that for the communities that had been using commons previously, this system was actually working well for them?

Elinor Ostrom: Many of them, but not all government systems and private systems work. We shouldn’t expect that all common-pool institutions should work.

Douglas Goldstein: In which area does it work best? Would it be for groundwater or for fisheries?

Elinor Ostrom: That can’t be answered because in some places with groundwater local people aren’t able to or aren’t unauthorized to take any action, and similarly on fisheries. Recently, there’s been a fairly major article in the proceedings of the National Academy of Science written by Josiah Cinner studying a large number of local fishery systems in the South Pacific and showing that they’re working very well. There’s been a major study by folks at the University of Washington, again looking at fisheries, and showing that it takes usually something like 7 or 8 variables to make them successful. It isn’t one of these things that anytime this community organizes they can manage, but if they do have the 7 or 8 variables that they identify, they are frequently successful. One of those variables is local leadership, but that by itself isn’t sufficient. It needs to be in a cluster of other variables.

The Role of People and Government

Douglas Goldstein: Don’t people have to want to be part of this common property concept?

Elinor Ostrom: Yes, or the government comes in and takes it over. A lot of the economists argued that for fisheries, for example, you needed to “privatize” in a way that was operationalized and would give people certain amounts of fish that they could collect and had a private right to. Unfortunately, frequently what happened was when fishers were given these rights, they threw overboard any fish they captured that were not in that right. This is called “bycatch.” It created a dramatic problem of push, and so the private system in fisheries has not proved to be very successful.

In British Columbia, they have now developed a private system. Every fisherman who has rights has to have a government staff member on their fishing boat for the entire time they are out. This staff member counts what they collect and what they take back in, so it reduces the bycatch problem but at a very high cost.

Douglas Goldstein: Isn’t that basically having the government run this?

Elinor Ostrom: They run a lot, but the decisions about where to fish and how much to fish there are the individual fisherman’s, but not decisions about bycatch. So a lot is privatized, but not everything, and the system doesn’t work unless there is government observation and insurance that people are not throwing a lot of fish overboard that shouldn’t be thrown overboard.

Douglas Goldstein: Rather than having a government body deal with this, do you think it might be possible to do it similarly to how Wall Street manages, with self-regulatory organizations because they know the business the best?

Elinor Ostrom: We found in lobster fisheries in Maine, for example, these are organized by groups of fishermen that live together on the coast. That works very well for lobster fishermen because the lobsters don’t go out in the ocean. It isn’t a very effective mechanism for tuna and the core of the fisheries out in the international seas, where there are tremendous problems.

Douglas Goldstein: Is that also because the government simply doesn’t agree, or there’s a different culture in the different countries?

Elinor Ostrom: You don’t know one another. If you live on the coast in Maine, you know one another and you bring that back in. You can observe what’s going on, but if you are fishing out in the Baltic or the Mid Atlantic these are post coastal and it’s a huge area. You can fish there for quite a period of time without being observed, and you can take a lot. Fishermen have, so the amounts of lost species in the international waters are tremendous.

Douglas Goldstein: Are there companies or indices in the markets that people can either invest in or show their support or their lack of support for this concept by investing in companies that are dealing in this?

Elinor Ostrom: Probably some. I’m not very good at naming the companies but with forestry, we’ve been studying around the world. Some of the most successful arrangements for managing forests in terms of sustainability as well as local profit are community-organized common property regimes.

Douglas Goldstein: In some of your research, you’ve said that in order to deal with CPR, you have to clearly define boundaries. I understand how this would work with the forest as it has a certain size, but the ocean is rather huge.

Elinor Ostrom: That’s why there can be defined borders on coastal fisheries but not in ocean fisheries.

Douglas Goldstein: If there was an ideal place for common pool resource strategy to work, do you have a global answer for this or would you say that every case has to be looked at on its own merits?

Elinor Ostrom: I’d say the latter, but we do know that a lot of irrigation systems work very well when the farmers do the management and the irrigation system is owned and managed by the farmers rather than by others. So we’ve found in irrigation, forestry, and coastal fisheries a fairly large number of successes.

Douglas Goldstein: Do you think that the research you’ve done is having an effect on the way the governments are making and enforcing policy?

Elinor Ostrom: To some extent, and even more with local people who had given up on doing anything about global change. Yet what we are finding is that there are many actions taken in the individual household in a small community that do reduce greenhouse gas emissions dramatically. When you multiply those, you get people saying, “Aha! Such and such community, they’re doing it why can’t we?” When you mobilize like that, you can make a big difference.

It will be a very important strategy among those individuals. We do need international treaties, but besides that, we’re not making much progress. So we’re wasting all sorts of time putting greenhouse gas emissions up there, but some of that could be changed today.

Elinor Ostrom: I don’t have a Facebook or any of those sorts of modern things. I’m an old-fashioned scholar, but if one looks at Google and searches under my name, you’ll find a fair number of publications that are easily available.