Prepare Your Kid to be an Early Investor 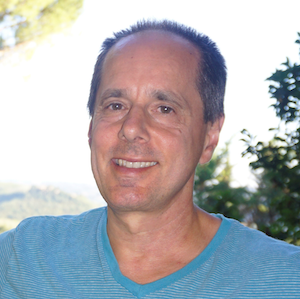 Michael W. Zisa, a high school finance teacher and author of The Early Investor, is an advocate of teaching personal finance so kids can start investing at an early age. Michael shares what it’s like to teach young investors to make wise and informed investments. He describes the encouraging response to his class and what are some of the investment basics he covers with his students.

Why joint brokerage accounts may be good for spouses, but not for siblings

Michael W. Zisa is the author of The Early Investor and can be found at becomeanearlyinvestor.com and @investinggeek on Twitter.

Watch Prepare Your Kid to be an Early Investor on YouTube.

Douglas Goldstein interviews Mike Zisa on the subject of teaching teens about handling money correctly? Why is it important that teens are taught this at an early stage of their lives?

Douglas Goldstein: I’m very excited to have on The Goldstein on Gelt Show, Mike Zisa, who teaches investment management and wealth management. He teaches it mostly to high school students, and he’s the author of a fantastic book called The Early Investor: How Teens and Young Adults Can Become Wealthy.

Mike, I want to dive into this concept of teaching young people, because it’s so hard to teach them about so many things. Are they interested in learning about the intricacies of handling money correctly, or are they after mom and dad’s credit card?

Are Teenagers Interested In Learning How To Handle Money?

Mike Zisa: Some young adults or teenagers are very interested in these topics, while some are not. I think it’s super important to teach them at an early age because when I was at that age, no one taught us anything about investing and saving, let alone money.

As you and I know, it’s so important to start saving and investing at an early age. By the time they’re done with my classes, I usually have a few students open up an investment account, because they realize the importance of early investing and saving.

Douglas Goldstein: I think money is only spoken about at home when parents are deep in credit card debt and student debts, but it rarely arises.

Mike Zisa: That’s correct, yes. Unfortunately or fortunately, many of these kids will know more about saving and investing by the time they get out of my class than most adults.

Douglas Goldstein: I often wonder why they let people go into the work world when they earn money and never know what to do with it. I guess I was a little bit different because when I was a kid, my mother was a financial advisor.

This was a topic that we always spoke about around the dinner table. In fact my mother’s mother, my grandmother, was one of the first women to be licensed as a stock broker in America. I’ll tell you one more funny thing. People often say, “Women don’t know enough about investing. It’s like a big issue and you’ve got to focus on that,” and I say, “I don’t understand. My grandmother was an investor, a professional, so was my mother. My wife is a licensed investment advisor.”

ButI do get it, that it always doesn’t work out that way.

Douglas Goldstein: But you obviously inspire kids to do this. What would you say is the most important lesson to start with, if you were telling parents, “Teach your kids this?”

The Benefits of Starting To Invest Early

Mike Zisa: Well, I think the most important thing is to again, start investing, saving, and/or investing at an early age. As you and I both know, the earlier it’s done, the better it is. You can let your investments grow over the long term and watch them compound.

One of the things I teach them is to begin investing in high-quality, long-term stocks that pay a solid dividend that typically grows every year, and take those dividends and reinvest in more shares of a company.

That’s like receiving a raise every year for doing nothing, and that’s an example of passive income. The earlier they do that, the better they will be, because if you look at the curve over a long time, it’s exponential.

You really get the most benefits later on, 10, 20, 30 years from then. I would say that investing at an early age is a great thing to do.

Douglas Goldstein: When you talk to people about dividend investing, how do you explain what that means?

What Is Dividend Investing?

Mike Zisa: Well,I teach kids that it’s essentially the companies sharing their profits with the shareholders, which of course are the owners. I give them examples of, if you own 100 shares of a company, paying a dollar share dividend, you’re receiving $100 cash into your accounts for that first year.

I explain to them the concept of taking that money and reinvesting it in more shares of the stocks, which in turn will give the shareholders, the investor, more dividends the following year. That doesn’t even include if the company raises their dividends. I model it out on a spreadsheet for them so that they can see it in visual terms, in numbers.

Douglas Goldstein: Great. Another question here is how do you explain about bonds?

Mike Zisa: Wedo a whole lesson on bonds and of course, as you know, with bonds, you are not an owner of the company. You are a lender, a creditor. I stress the importance of having bonds in any investment portfolio, even at an early age, to balance out the risk and to create mass allocation.

As we know, bonds are not the ideal investment right now because rates are still historically low in the United States. However, you still need to balance risk for those times when the stock market doesn’t really cooperate with us. The bonds will manage risk for anybody’s portfolio, young or old.

Douglas Goldstein: What about for the piece of the portfolio that is long-term money?

Mike Zisa: As far as bonds are concerned, right now I instruct the students that if they are going to invest in bonds in their portfolio, they should stick with shorter-term bonds because as interest rates rise, their bond prices will fall.

If they want to invest in bonds, including CDs which really aren’t bonds but work like bonds, I encourage them to go a year out, at most three years out right now, until interest rates go up and then you can invest in longer-term bonds.

Douglas Goldstein: Do the principles that you are teaching these kids apply? I presume they are not working with huge amounts of money. Do the same ideas apply to them when they get older and have more money, or hopefully have more money?

Are These Principles Money Sensitive?

Mike Zisa: Many of the principles do. I teach dollar-cost averaging, and that’s a great way for young people to invest small amounts of money.

They can do that in a mutual fund, sometimes in an index fund, which will be great for these kids.

When they get older and they have access to the retirement plan at work, for example a 401(k) plan in the U.S., then they can take these principles of dollar-cost averaging and have stock mutual funds within their portfolio, or bond mutual funds to reduce the risk. I think that the basic principles apply, when you’re younger or older.

Do These Teenagers Also Teach Their Parents What They Learn About Money?

Douglas Goldstein: Have you ever seen cases where some of the kids walk out of your classroom and go home and try to teach their parents, and maybe have something good come out of it?

Mike Zisa: It’s really amazing that you say that, because I have so many parents email me or I see them at a back-to-school night, and they thank me for teaching their kids. Many of them joke around, saying, “I wish I could come into your class and take your course,” which I find comical.

Douglas Goldstein: I think that’s great. It opens communication because, as I’m sure you know as well, one of the problems people have a lot is when those kids grow up and their parents are retired or are having trouble because they didn’t save enough for retirement.

That leads to some very awkward discussions. But there won’t be awkward conversations when the kids are still young, and they’ve learned to open the door to have those kind of conversations with their parents about money.

Mike Zisa: Itreally is very important. I’ve come across some people who have paid for their children’s education, their college education, which is fine, but at the expense of their retirement, and they regret it because their kids are now going to have to take care of them.

Douglas Goldstein: Real issues right there, Mike. I see we’re just about out of time. Tell us, in the last few seconds, how can people follow you and follow your work?

Mike Zisa: My book The Early Investor; How Teens and Young Adults Can Become Wealthy is available on Amazon. I do have a website called becomeanearlyinvestor.com. They could purchase the book there, as well.

Mike Zisa: I also have a Twitter account, and that’s @investinggeek, and they can reach out to me there.

Douglas Goldstein: Mike Zisa, thanks so much for taking the time.

Mike Zisa: Thank you for having me, Doug.