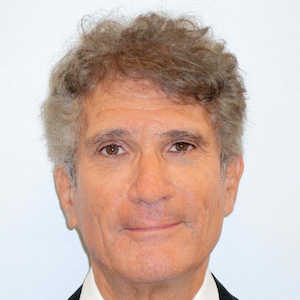 How do performance-based strategies reconcile with the investment refrain “past performance can’t predict future performance?”

Once you are fortunate to have profits in your investments, don’t neglect your capital gains tax.

Learn how capital gains tax strategies can be especially useful to dual citizens who may be liable to pay taxes in two countries. Make sure that you have a great CPA for each country you owe taxes to – and that each one knows what the other is doing. Just because two countries have signed an agreement, doesn’t mean you automatically benefit. You might need to do some work. Consult with a qualified tax advisor as to your tax responsibilities, as I provide investment, not tax advice.

Tune in for Doug’s advice on how you might want to invest your capital gains.

If you’re not already receiving updates on new episodes for The Goldstein on Gelt Show, sign up now, and as a special bonus, receive Doug’s free ebook The Retirement Planning Book

It is said that past performance is no guarantee of future returns. But according to Gary Antonacci, it really depends on how you look at it. The author of Dual Momentum tells us more.

Douglas Goldstein: I'm very excited to have on, The Goldstein on Gelt Show, Gary Antonacci who introduced into the investment world a concept called Dual Momentum, which combines relative-strength price momentum with trend-following absolute momentum.

Gary, what do all those words mean to normal people?

Gary Antonacci: Relative momentum or relative strength is an idea that's been around a long time.

That's where you compare the performance of an asset to its peers and you select whichever one has performed better. An abundance of research has shown that performance is persistent so that better-performing assets tend to continue to perform better than their peers.

Absolute, or what's sometimes called “time series momentum,” is a trend-following approach where you're looking at the performance of an asset with respect to itself over time.

For example, if the S&P 500 has been up over the past year, then you would say it has positive absolute momentum and it should continue to go up, so you want to continue to hold onto it.

If, on the other hand, it's been going down over the past year, then it's said to have negative absolute momentum and you want to stand at the side, and what we usually do is go into a safe harbor like short- to intermediate-term bonds when that occurs.

Douglas Goldstein: Let me say it back to you as I try to understand it. The first concept is momentum or dual momentum, where you're comparing how one thing does against other similar assets. You wouldn't compare the S&P 500, let's say, to the return on your bank deposit, but you would compare it to some other large cap index - a whole list of other major American companies?

Gary Antonacci: Typically, what you compare it to is the rest of the world, because momentum works best on a geographic basis.

What we do, and what I describe in my book, is comparing the S&P 500 to the all-country world index, which is basically the rest of the world.

Douglas Goldstein: And you feel that's a good comparison even though they are different. One of them is in America only, and the structure of these indexes is different.

Aren’t you comparing apples to oranges?

Are We Comparing Apples to Oranges With This Theory?

Gary Antonacci: Well, they both have mutual funds or exchange-traded funds available for them. They're both broad-based, highly liquid, and they capture a lot of what's going on so it's really a global, macro, kind of approach, because when the U.S. dollar is strong, U.S. stocks tend to be strong. They also tend to outperform and continue to outperform, whereas when the U.S. market weakens, sometimes non-U.S. stocks continue to be strong and that's when you want to be in them.

Douglas Goldstein: Let's talk about something you just said, which is that a strong dollar is indicative of a strong stock market.

A lot of people feel that it should be the other way, that if the dollar strengthens, it's going to be very hard for U.S. companies to export.

Why does that make sense, that it would be a connection between a stronger dollar and a stronger stock market?

Gary Antonacci: It has to do mostly with fund flows. The U.S. dollar is regarded as a safe harbor. It's where everyone wants to be, particularly when the dollar is strong, and the best place to be in terms of liquidity and return, historically, has been U.S. stocks when that occurs.

Douglas Goldstein: Let's focus a little bit more on this concept; using a comparison of one investment against a similar investment.

People on Wall Street, and I’m one such person, often say that past performance is no guarantee of future returns.

You seem to focus a lot on past performance. Do these two concepts go together or is it something that you disagree with?

Gary Antonacci: Well, in general that's good advice. Past performance should not be regarded as indicative because it depends on how you look at past performance. Do you look at it the way a lot of people do? That has a lot to do with markets on a three- to five-year basis. The markets have been reverting and academic research has shown this, and also in periods of one year or less, the market has been reverting.

In fact, if something has been strong over one year or less, or over three to five years, it would tend to be weak going forward but momentum is an intermediate-term phenomenon that works on a three-to-twelve-month basis.

Also, an abundance of academic research has shown that momentum holds up, not just across U.S. stocks but across pretty much all assets.

Douglas Goldstein: Gary, I want to touch on something you mentioned before - “mean reverting.” First off, can you explain what that means, and then we'll dive into it a little bit further?

Things that have been battered down over the preceding three to five years tend to rebound on a relative basis.

That forms the foundation for what some people call “value investing,” where you're taking advantage of assets that are depressed and expecting them to come back over time.

Douglas Goldstein: Is this more theoretical, do you think, or practical? In other words, when most people can retrospectively invest really well and say, "Yeah, I only sold in on 2007 and waited till 2009 and bought that again."

Then we say, "Yeah, it's hard to do that because you don't know." At what point can you tell if it's about time for the index, or whatever market you're looking at, to begin to revert to the average?

Gary Antonacci: Well, that's where you have to look at the academic research side of things because people arbitrarily say, "It's gone in one direction for a while; it ought to go back the other way.” If they think that way, they can get themselves in a lot of trouble.

Douglas Goldstein: I like the way you're describing it. It reminds me of a conversation I had a few years ago. I had on the show here, world chess champion Susan Polgar, and we were talking about how the strategies of chess can be applied to investing.

She and I wrote a book called Rich As A King, and one of the things I like about the way you're describing what you do is you’ve got a specific strategy on the way you look at the markets.

My question to you is, tactically what do you do? You've got the big picture, but how do you always see something that an individual can move on to make some money?

How Can Someone Look at the Markets and Make a Move That Will Allow Him to Make Money?

Gary Antonacci: Someone can move on and that's why I wrote a book on the subject called Dual Momentum Investing. Typically, what you would do is you would look to see whether the S&P 500 has been going up or down over the past year.

If it's gone up, then you apply relative momentum to ask whether the S&P 500 has been stronger than the rest of the world or not.

On the other hand, if the S&P 500 has been going down over the past year, then you want to stand aside and go into something like shorter intermediate-term bonds and you re-evaluate that on a monthly basis.

It's very easy to do. You can use a chart-based internet program to do that, that's freely available. It takes two or three minutes a month to do this and the advantages over buy and hold are considerable.

Douglas Goldstein: I know that the way you described it in one minute is not the complete story, so I just want to let people know that nothing is super simple, but it is something which you can learn by reading Gary's book. Also, always remember that there are risks to all sorts of investing, so just be careful with that.

I definitely think that these ideas, and the fact that what you've studied, Gary, is something that you just didn't check it out over a year or two, but looked it over the long term, makes it important for people to realize that there are strategies that they can apply. However, they have to be consistent at applying them.

One of the things that we are consistent at here at The Goldstein on Gelt Show is our time. Gary, in a few seconds tell me, how can people follow you and follow your work?

Gary Antonacci: They can go to my website at optimalmomentum.com. I also have a blog, which is dualmomentum.net and the best way to understand what I do is to get my book, Dual Momentum Investing.

Douglas Goldstein: Okay. We will put a link to all of that at the show notes of today’s show at GoldsteinonGelt.com. Gary, thanks so much for taking the time.

Gary Antonacci: My pleasure. Thanks for having me, Doug.