Are There Ways to Avoid Estate Tax? 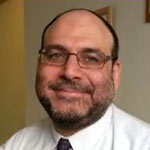 If you are a non-resident alien of the U.S. (meaning you do not live there and you do not have citizenship) and own investments or assets in America, your American assets may be subject to inheritance tax. With the help of smart tax advisors, many people have found some great solutions.

Ron Zalben, The Goldstein on Gelt Show’s tax tip expert, discusses how a non-resident alien can choose investments to side-step this costly tax. Ron, a partner with Aboulafa Avital Shrensky & Company, specializes in American and Israeli tax planning and compliance. Find out when an offshore mutual fund comes in pretty handy for a non-resident alien. American citizens though, you should stay far away from such funds! Non-resident aliens should consult with a tax professional before making a financial decision regarding a “U.S. situs” investment.

What happens when a non-U.S. citizen dies with U.S. assets?

The Goldstein on Gelt Show listener “Matt” asked Doug what was going to happen to his Israeli wife’s American assets when she dies? The answer opens the door for an official legal consult, but Doug still gave Matt a brief overview of what happens on the Israeli side.

Watch Are There Ways to Avoid Estate Tax? on YouTube.

Doug talks to Ron Zalben, a partner at Aboulafia Avital Shrensky and Co., which specializes in U.S. and Israeli tax planning and compliance. Ron explains the tax implications for nonresident aliens (NRA), or non-U.S. citizens who are not living in the U.S, who own assets in the U.S. and the risks that they face.

Douglas Goldstein: I am very excited to be talking to CPA Ron Zalben, who you know from his many appearances here on The Goldstein on Gelt Show. Ron is a partner at Aboulafia Avital Shrensky and Co., which specializes in U.S. and Israeli tax planning and compliance.

Ron, I specifically want to talk to you about a topic that crosses my desk on a somewhat regular basis. People who are not Americans call me up and say, “Hey, Doug, I want to invest in the United States,” and I say, “Oh, what's your experience?” They say, “Well, maybe I own a couple of apartments, and now I want to have stocks and bonds in the U.S. Can you help me out?” I always say to them, “Have you spoken to an accountant? Because there's a specific risk that you have.” Ron, maybe you could jump in now and tell me, what risks do nonresident aliens have?

Douglas Goldstein: A lot of people think that's not really true for whatever reason, because they say, “Listen, I am not paying tax in the U.S., and I am not even a U.S. citizen. What right do they have to tax me?” I don’t want to get into the constitutional issues, but can you just explain what right the U.S. has to tax them?

Ron Zalben: Yes, because these are basically U.S.-sourced assets, and after you pass away, they can prevent you from passing them on to your heirs unless you deal with your estate tax issue. There's something in a state tax return that you have to fill out, or in some cases, if you're below the $60,000 threshold, you have to do something called the transfer certificate. Therefore, it definitely applies to them, and they're not going to be able to pass on their asset unless they have this taken care of.

Douglas Goldstein: The good news, therefore, is that if you're an American citizen and you're married, you get two times the almost $11 million exemption, which pretty much covers most people. I assume many of the listeners of The Goldstein on Gelt Show are not people with more than $22 million, so they don’t have to worry about this death tax. But you're describing the nonresident aliens who own more than $60,000 of U.S. assets and are subject to the U.S. estate tax. What is the definition of U.S. assets?

Ron Zalben: U.S. assets include stocks, bonds, real estate, and it also could be other property in the states cash. That's generally what you're looking at.

Douglas Goldstein: So the types of things that I see people investing in are bonds, and I want to touch on that because I understand that bonds are not subject to U.S. estate tax for nonresident aliens.

Douglas Goldstein: Correct. That's what I was thinking because in my day job as a financial advisor, we help people open U.S. brokerage accounts, and when we open an account for a nonresident alien—just to be clear what that means, it is someone who is not living in the United States and who is not a U.S. citizen, but wants to have a U.S. brokerage account—when we buy bonds for those people, we actually can see that when the bonds pay interest into the account, there is no withholding. Whereas, if that person owns stocks, and if this stock pays a dividend into the account, there is withholding tax.

Ron Zalben: Absolutely. That's correct. With bonds, it’s complicated, so you have to make sure that you get proper advice.

Doug Goldstein: Or speak to a cross-border advisor who deals with this a lot. But let’s dig into another problem that people have. Let’s say when they own real estate, they sometimes think that they can do it in one way or the other, and they won’t be subject to this tax.

Are a lot of people making mistakes in the way that they’re doing their tax planning on real estate?

With Real Estate, It Is Critical to Plan in Advance

Ron Zalben: Absolutely. There are a lot of people, particularly here from Israel, who are non-American citizens who see that U.S. real estate is a fantastic investment, and they go in and don’t do any planning whatsoever.

They buy it and they don’t think about the estate issues that are involved, but it is absolutely critical that they plan in advance.

Douglas Goldstein: We’re speaking to Ron Zalben, a CPA who's based in Israel but is actually a U.S. and Israel CPA, and a regular contributor here on The Goldstein on Gelt Show. So far, we've been talking about some of the issues that non-Americans have when they want to have U.S. investment accounts, and we've actually dived in on this issue of bonds. Tell me a little bit about someone who's an NRA (a nonresident alien) who owns stocks. Is there anything he can do to avoid this estate tax if he dies?

Ron Zalben: Yes. There are some planning opportunities, but you need to really explore that with a tax planner because some of them are not very simple, and they can be very expensive.

Therefore, you have to make sure that the solution fits you. One size does not fit all. Actually, one of the interesting things that I’ve seen lately is that there's a bank here in Israel—Bank Leumi—where Israelis have been buying stocks through the banks, and they’ve actually started sending letters out to the customers telling them that if they're buying U.S. stocks, they have to plan for the U.S. estate tax.

Often I’ll get a call from somebody, and they’ll say, “I don’t know what they're talking about. How does this impact me?” I’ll explain that they only have the $60,000 exemption, and they're usually in shock because no one—not the bank or anyone else—has explained it to them. They're not U.S. people, and they assume that they can invest in the U.S. market without any consequences.

Douglas Goldstein: Yes, it does seem rather easy. I’ll tell you the solution that we use a lot, and again, this is not a recommendation for everyone. But let’s say someone who is a non-U.S. citizen wants to have U.S. investments or an account in the U.S. We’re able to buy for them what are called “offshore mutual funds.”

These are mutual funds that, instead of being registered in the United States, are registered outside the United States. There are lot more complicated issues here, so again, I really don’t want to recommend it for everyone. Certainly, before making any investments, you should read the prospectus on the fund that you want to buy.

Douglas Goldstein: So why do you suppose the United States government doesn’t care if someone owns stocks inside an offshore mutual fund, but does care if the person owns, let’s say, an ETF through his Israeli bank or through a U.S. brokerage firm?

Ron Zalben: That's an excellent question. In reality, what happens with these offshore mutual funds is that they're not really the top ownership. You own the mutual fund but not the actual stocks that are below it, so I would assume that's why the U.S. accepts this.

What about Offshore Mutual Funds?

Douglas Goldstein: Let’s take the last minutes because we’re just about running out of time, to talk about offshore mutual funds. Americans who live in Israel might think, “Oh, that sounds like it’s for me.”

And, in fact, sometimes I’ve seen that purveyors of these offshore mutual funds will even help an American invest in them. That seems like a real problem. Can you just address that issue?

Ron Zalben: It’s absolutely problematic. What happened was that mutual funds in the United States wanted to level the playing field with non-U.S. mutual funds because Americans were investing in them.

Because of that, the United States instituted an absolutely difficult and very high tax rate for investing in foreign mutual funds. If anybody is tempted to buy them as a U.S. citizen, buyer beware. Stay away.

Douglas Goldstein: Yes. I think that's what I hear from all but one of the accountants that I meet in my travels here in Israel. Obviously, as a U.S. investment advisor here in Israel I speak to people in the tax world, and one guy said, “No, it's okay, Americans can buy them.” I said to him, “Are you kidding?” and he says, “Yes, it just gives me a lot more work, and I do the tax return. Think of all the billable hours.”

I think, Ron, that you've really touched on something that's very important. In the last few seconds, just tell us, how can people find you?

Douglas Goldstein: And you can, of course, always listen to Ron at the Goldstein on Gelt website at GoldsteinOnGelt.com. Ron Zalben, thanks so much for taking the time.